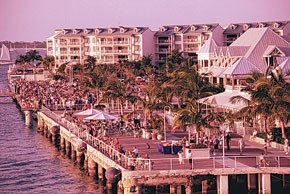 The domestic and international destinations most booked by travel agents for summer 2008.

Soaring gas and airline ticket prices, the plunging dollar and the weak economy aside, Americans en masse will still take their vacations this summer. As part of its “2008 Hot Spots for Summer” survey, the American Society of Travel Agents asked members which destinations had been booked most often for the season. Susan Tanzman, president of Martin’s Travel & Tours in Los Angeles and an ASTA member, said, “We’re seeing a hodgepodge of different locations from our clients. People that normally drive are starting to see the disadvantages they could have this summer.” She noted that airlines like JetBlue and Southwest have gotten smart and begun adding more routes. “They’ll benefit from those not wanting to drive. Let’s face it: Fueling a motor home might be the most expensive vacation a family can take this summer.”

Amount of travel agents who say their clients have booked a vacation to this destination: 23.6 percent

Because the weather might not be the most suitable for many tourists this time of year — think heat, humidity and rain — the Sunshine State is actually ideal for vacationers who want to save a few dollars. Aside from the most popular spots, which include everything from South Beach to Disney World to Key West (left), other resorts like Club Med Sandpiper in Port St. Lucie and The Breakers in Palm Beach have plenty to offer the entire family. And water parks abound, like Adventure Landing in Jacksonville and The Rapids Water Park in West Palm Beach. And then there’s shopping. Miami is home to The Shops at Sunset Place, an outdoor complex that offers Urban Outfitters, Forever 21 and Banana Republic. And north of Miami, new additions to the Bal Harbour Shops mall include Tory Burch, Agent Provocateur and Chloé.

It’s a gamble to spend a long vacation in Nevada during the summer months, since temperatures can hover around 100 degrees endlessly for days on end. But those heading to Reno and Las Vegas don’t seem to mind: Over 39.2 million people visit Las Vegas each year — in fact, 17 of the 20 biggest hotels in the U.S. are in Las Vegas — including the Wynn, the Bellagio, the Venetian, Caesars Palace, the Luxor and Mandalay Bay. All of the aforementioned hotel-casinos feature their own shopping sites, like the Wynn Esplanade, Via Bellagio, Grand Canal Shoppes at the Venetian, the Forum Shops at Caesars, Luxor Galleria Stores and Mandalay Place. Companies such as Gray Line also offer sightseeing tours from Vegas to destinations such as the Grand Canyon, Hoover Dam and Lake Mead.

Sure, there’s Hollywood, Lake Tahoe and Disneyland, but are there any other spots attracting more tourists to the state each year? “We’ve noticed an increase in visitors who stay in San Francisco, but they plan day trips out of the city,” said Tanzman. “People can get great rates on luxury hotels in the city during the weekends, and they can travel out to Napa Valley wine country, for example.” She added that two popular spots outside the city include the Ritz-Carlton Half Moon Bay Resort (left), located 90 minutes outside San Francisco, and Ojai Valley Inn and Spa. As far as shopping goes, “San Francisco has seen a flurry of specialty stores locating to its Union Square shopping district downtown,” WWD said in March. “The influx of fashion specialty stores — from Bloomingdale’s to Barneys New York, Juicy Couture to Miss Sixty — has reinvigorated the neighborhood.”

While visitors from all over the world hit New York each summer, many Manhattanites leave the city on weekends. “If people want to travel and stay in a major city for a long weekend, there are deals to be had,” said Tanzman. “In places like New York, Chicago, Washington and Los Angeles, hotels are empty on the weekends — business cities have so much to offer for weekend travelers.” Outside the city, attractions such as the Hamptons, Niagara Falls, the Catskill Mountains and the Finger Lakes region are all hits with summer crowds. Tanzman also pointed out an increase in travel to Lake Placid. “Whether it’s a family reunion or a long weekend, more and more people are looking for that outside-the-city experience,” she said.

“This destination has slowed a bit in terms of the number of visitors booking trips here — it’s just too expensive to fly to Hawaii right now,” said Tanzman. “We believe we’re going to see lots of specials, such as room credits, free nights, free rental cars — all kinds of perks that will entice people to travel to Hawaii, in order to make up for the high air prices.” Ala Moana Shopping Center, located in Waikiki, boasts some of the best shopping in the area. Stores such as DKNY, Betsey Johnson, Chanel and Juicy Couture bring in those searching for the latest fashions — recent additions include Nordstrom and Lululemon Athletica. Out-of-towners can book rooms at the nearby Outrigger Waikiki on the Beach or the Halekulani.

Who hasn’t dreamt of a summer vacation to a villa in Tuscany? But Italy’s cities are also major tourist attractions. From Venice and Florence to Naples and Rome, the country boasts some of the world’s greatest historical sites, and some of the most fashionable as well. For example, Rome’s Via dei Condotti offers designer boutiques such as Armani, Prada, Versace, Dolce & Gabbana and Gucci. “We all know how expensive Europe is these days,” said Tanzman. “We’re now seeing a rise in clients who are taking advantage of Mediterranean cruises in order to see Europe. They get the benefit of touring European cities while still paying in U.S. dollars for food, drinks and accommodations aboard the ship.” Norwegian, Celebrity, Princess, Royal Caribbean and Carnival Cruise Lines all have trips through the Mediterranean this year.

“The way to see Mexico nowadays is to travel in places other than Cancun, for example,” said Tanzman. “Zihuatanejo has so many wonderful resorts, and it’s not as touristy, which makes it a much more attractive destination.” The small fishing town, located on the west coast and featured in the film “Shawshank Redemption,” is now home to several luxury boutique hotels, such as La Casa Que Canta (left), an exclusive cliff-side hotel. And nearby Ixtapa is a mecca for vacation resorts, such as the Meliá Azul Ixtapa, which is suitable for both couples and families with children. “Don’t discount the all-inclusives,” added Tanzman. “There is still great value to those in Mexico.”

The pound may be soaring against the dollar and the English weather can be dicey at best in the summer months, but that still doesn’t stop tourists from hopping a transatlantic flight to see some history and the Queen. London continues to ride the Cool Britannia wave, and long ago shook off the rap of bad food and tatty hotels. The Connaught just underwent a major revamp; the Sanderson and Saint Martin’s Lane remain as trendy as ever, and there are a plethora of small hotels in Kensington and Knightsbridge. For shopping, head to the designer-filled areas around Bond Street or Sloane Street — and, of course, Harrods.

Possibilities are endless in this cluster of islands, located to the south and east of Florida. Summertime offers good values since it’s considered “off-peak” season — when temps are high and hurricanes can hardly be avoided. Islands such as St. John (left) and St. Maarten offer accommodations for all ages. Those seeking a little luxury will find comfort in Anguilla: Cap Juluca, a member of Leading Small Hotels of the World, features 58 rooms, along with various suites, on a secluded 179-acre retreat. And located in the Turks and Caicos is the Meridian Club, a Caribbean retreat on Pine Cay, an 800-acre island. Rooms and cottages, tucked along the shoreline and dunes, all offer panoramic views of the ocean and the island.

Paris, Provence, the Riviera, Brittany, Nice (left), Normandy, the French Alps — the choices for summer vacation spots in France are endless. Those looking for shopping as well as sights can head to Paris, where the Rue du Faubourg Saint-Honoré houses Lanvin, Guy Laroche, Yves Saint Laurent Rive Gauche, Jean Paul Gaultier and Versace boutiques. As for accommodations, beyond the famed Ritz, Meurice, Four Seasons George V or Bristol, there’s the Golden Tulip Royal Garden Champs-Elysées or the Hotel Etoile Friedland. Meanwhile, on the coast is Cannes, where one can wander the Croisette while staying at such famed hotels as Majestic Barriere and Hotel Martinez or, if budgets allow, the Hotel du Cap in nearby Cap d’Antibes.