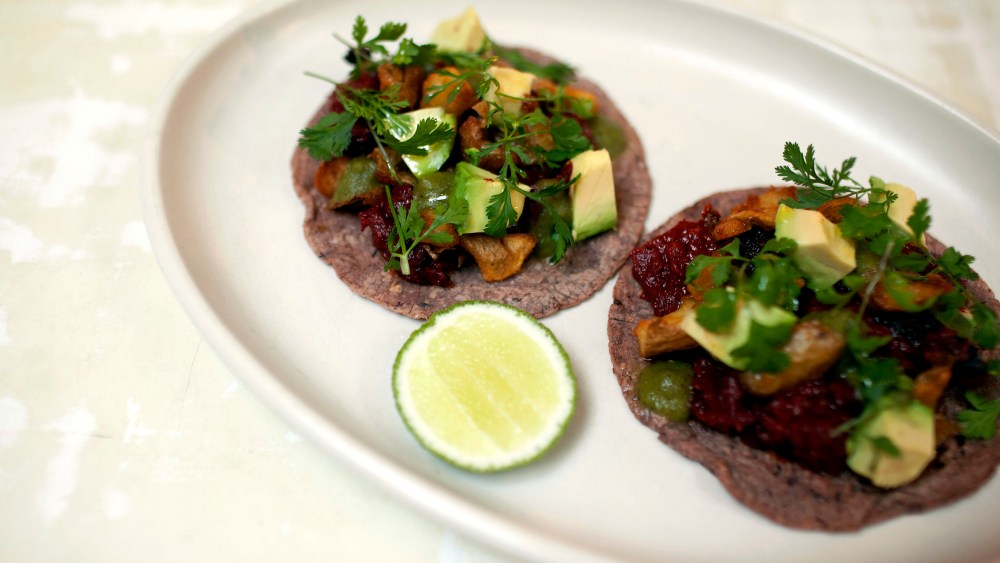 At the northernmost tip of Brooklyn lies Greenpoint: a neighborhood whose historic Polish roots are still very much felt in the delis, butcher shops and bakeries lining Manhattan Avenue. But a recent real estate boom has put Greenpoint at bat to be one of Brooklyn’s most expensive areas; once megaprojects including the luxury housing building Greenpoint Landing and 40-story tower The Greenpoint are finished, some say the district might go the way of Williamsburg, which it straddles to the south. But for now, one sector is benefiting largely from an influx of residents and new blood: food and beverage. Since mid-2017, the neighborhood has enjoyed a flood of fresh bars and restaurants. This year alone, Greenpoint has seen at least five notable new spots open their doors. Here are three favorites that should not be missed if a visit to Greenpoint is in your future.

The Vietnamese food landscape in New York has changed drastically since 2009, according to the owners of newcomer Di An Di, Kim Hoang and Tuan Bui. They, along with Dennis Ngo, are also the partners behind Lower East Side restaurant An Choi, which opened nine years ago. At that time, Hoang says, they envisioned An Choi as a Saigon street-alley spot that could introduce New Yorkers to the basics of the Vietnamese holy trinity: pho, banh mi and bun. “Di An Di is opening at a time when there are many more Vietnamese restaurants in the market, and Vietnam has become a tourist destination,” she adds. “Now, it’s about bringing awareness to the culture and the cuisine.” Hoang, Bui and chef of the restaurant Ngo felt they could be more ambitious with Di An Di’s menu, which contains an amalgamation of non-region specific Vietnamese food. The “mish-mash,” as Bui describes it, is more representative of the flavors they grew up eating in Vietnamese-American households. The result: deeply umami beef phos garnished with soft-boiled egg — a Japanese touch, and beef noodle soup with lemongrass — nearly Thai in its aroma. In January, the whole restaurant’s staff will travel to Vietnam for a coworker’s wedding. They’ll close up shop for a week and go to the country together; the hallmark of the trip is certainly the nuptials, but Hoang and Bui also see it as a research and development opportunity. “We’re celebrating our first year opening, and we’re going to get some inspiration in the motherland,” Bui says.

Partners Craig Kafton and Dawn Eldridge are the minds behind French bar and restaurant Citroën, where interior design, craft cocktails and the food menu each exist in their own realms of importance. Kafton created the tables from reclaimed wood and used pillars for the bar from the set of Guillermo del Toro’s film “Crimson Peaks” — which he worked on. Eldridge, meanwhile, tapped her chops from being head bartender at The Clocktower in the Edition hotel to craft the drink lineup, one that is just as important as the food served at Citroën. “I’m always thinking about what pairs with what,” Eldridge says. “My mind is constantly churning and I’m getting inspired by everything from the neighborhood to music.” The octopus salad, served on a bed of quinoa and garnished with bitter greens, goes great with what’s quickly becoming Citroën’s signature drink: the Auntie Griselda. It’s a cocktail made of tequila, serrano pepper, cucumer, celery and garnished with black pepper and an edible flower. After opening the restaurant in late November, the partners want to maintain their mission statement — to serve the people in their community. “Greenpoint is still very much a neighborhood and hasn’t been usurped by big business,” Eldridge says. “I just hope we can serve great food and great drinks to people.”

When Oxomoco head chef Justin Bazdarich was a kid growing up in Kansas City, his mom made Mexican food — but it wasn’t traditional by any means. She’d make ground beef tacos spiced with seasoning from a packet; the corn tortillas were fried in a popping pan of Crisco. Then, as a teenager, he’d go to Mexican-American style restaurants to eat chips, salsa and enchiladas. Once he was in college at Arizona State University, he finally visited Mexico and, through his travels across the country, he developed some favorites of what he calls truly authentic Mexican foods. So for his new restaurant Oxomoco — his second venture since opening the pizza joint Speedy Romeo — he assembled a slate of his favorites. Stellar tacos, sandwiches on concha sweet bread and grilled salads populate the innovative menu at Oxomoco, which opened in the fall to much fanfare by restaurant critics and Instagram users. The restaurant’s standout tuna tostada made the cut after Bazdarich found he loved the tostadas in Ensenada, the Mexican seaside town with some of the best fish around. The tuna, thinly sliced and placed with care on a crispy tortilla, is drizzled with soy sauce. But the defining feature of Oxomoco is its wood-fired technique — one that the chef says is ingrained in him. “Kansas City is known for barbecue and barbecue is wood fire — these types of grilling techniques and smoking,” Bazdarich says. “Speedy Romeo is wood fire, Oxomoco is wood fire. It’s a flavor that’s deep in me. It’s my favorite way to dine.”