Lush, exotic, mysterious and a favorite of jet-setters for decades, Bali offers more than just beaches and volcanoes. 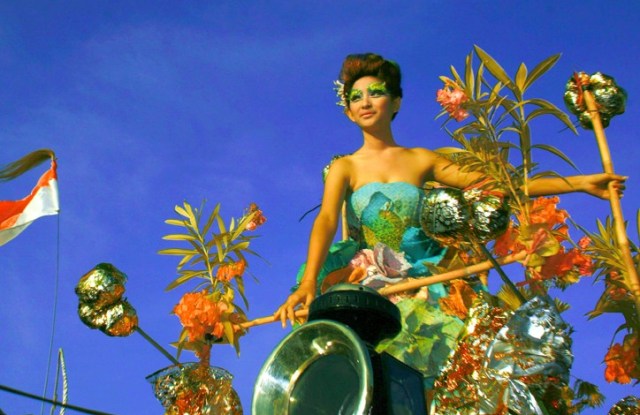 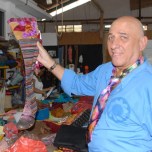 Lush, exotic, mysterious and a favorite of jet-setters for decades, Bali offers more than just beaches and volcanoes.

Thousands of artists are enthralled by its culture, nature and people, and Southeast Asian designers are inspired by the island’s colors and patterns.

“Bali has more culture than any city that I’ve ever lived in,” declared Paul Ropp, a fashion designer from New York who has called Bali home since 1978. “It gets everyone dancing, painting and carving. Balinese are very spiritual and creative. Per capita, it’s the most creative place I’ve ever known — more than New York, Tokyo, Rome or London. It has potential to be the greatest showroom I know. People come for a vacation and end up doing business here.”

Bali may be known as Indonesia’s “Tourist Island,” but it is the art and cultural center of Southeast Asia, with numerous museums, galleries, clothing boutiques and furniture showrooms. A Hindu stronghold in primarily Muslim Indonesia, it protects its distinctiveness in religion, lifestyle and fashion.

Bali is so popular, it expects a record 2 million visitors this year, quite a recovery for a tourist industry rocked by two deadly bombings by Islamic fundamentalists in 2002 and 2005.

“We have one of the highest rates of repeat guests of any of our hotels in Asia,” explained John O’Sullivan, general manager of the Four Seasons Resort in Sayan village in the heart of Bali. “They call Bali the ‘Island of Gods.’ I’ve visited 57 countries and lived and worked in seven of them, but have never encountered a place with such serenity and spirituality as here.”

Unlike other currencies in Southeast Asia, the Indonesian rupiah has hardly appreciated against the U.S. dollar, making Bali more affordable to Americans than other destinations in the region. Overdevelopment in the hotel, resort and villa sector caused lower occupancies, bringing more competition, lower prices and some of the best luxury accommodation bargains in Southeast Asia.

With foreign visitors mostly from wealthy countries like Japan and Australia, hospitality and retail are the main sources of the island’s gross domestic product. Trade, hotels and restaurants contribute almost 29 percent of its GDP, services 16.2 percent, transport and communications 11.9 percent and manufacturing 8.7 percent.

But apart from the Bali Galleria mall and duty free stores in Kuta, Bali still relies on one- and two-story boutiques in tourist areas of Sanur, Kuta, Ubud, Legian and Seminyak.

“We have nine stores all over Bali,” explained Ni Made Jati, Balinese designer and owner of the Uluwatu brand. “We manufacture garments in Bali and employ 300 to 400 people, but our main customers are Japan and the European Union. Our products are handmade. We don’t use large machines, only old Singers and our own hands. Some workers have been with us 25 years. Our line is an art form, not just a garment — our strength is in exclusivity and uniqueness. We call our shops ‘Gallery Boutiques,’ and they resemble art galleries more than ordinary stores.”

Unlike their counterparts in Paris or New York, Balinese designers market their local culture with laces, batiks, kebayas, sarongs and tops inspired by clothes worn in traditional ceremonies or by local nobility. Main themes usually stress mystery, elegance and the past.

The island also hosts Bali Fashion Week, an annual trade event held by ModaBali Foundation, which combines fashion, art and culture. The expanding event, used by buyers and sellers to forge business relationships, had the theme “Fashion Meets Nature” at the Aug. 24 to 29 edition.

“Our event is special and selective: We expected to have only 450 visitors,” said Mardiana Ika, chairwoman of Bali Fashion Week. “Designers came from the Philippines, France, India, [South] Korea, Taiwan and Indonesia. Local designers use our event as a stepping-stone to sell their products abroad.”

The development of Bali has been relatively recent. When Mick Jagger visited the island’s first luxury resort — Inna Grand Bali Beach Hotel, Resort and Spa, built in 1966 — most Bali inhabitants had no telephone lines or electricity. Jet-setters sought its elegant simplicity, Asian beauty and remote privacy.

“Our compound was the first that had electricity,” remembered Lady Siti, widow of Dutch painter Han Snel, who lived in the village of Ubud after WWII. “We had the first telephone — my husband was a very modern man. The telephone was connected to a pole 30 meters tall. That’s how life used to be here. Rockefeller was here and we hosted the president of Siemens. Since that time, many things have changed, but the culture is still intact.”

And that culture is still at the heart of contemporary Balinese design.

“When I came to Bali, I lived in a bamboo hut, with no doors and no windows,” recalled Ropp. “I had to pull my water from a well. But Bali inspired me. My design comes from what is in the air, not fashion magazines.”

There also is bureaucracy and corruption in Indonesia, Ropp added, with foreign investors often hesitant to invest despite the potential.

“Why am I here? Because I am more concerned with the lifestyle than I am with profit. I love Bali.”