A guide of things to do in between the Paris shows. 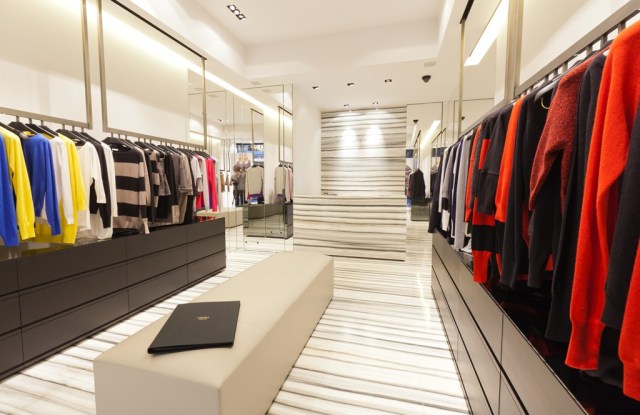 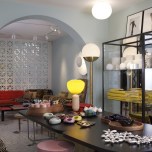 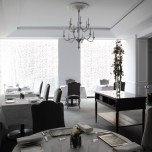 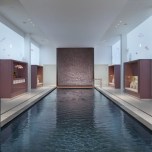 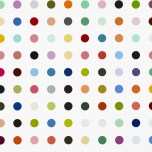 HOT SPOT: Following the completion of construction work on the Mandarin Oriental hotel last year, the Rue Saint-Honoré is seeing a flurry of retail activity. In addition to planned openings for Chloé and Emporio Armani this year, the street has welcomed newcomers like trunk maker Moynat Malletier and French cashmere brand Leetha, which both opened stores in December. Further up on Rue du Faubourg Saint-Honoré, Sartore debuted a store in November, Burberry opened a flagship in December and Prada is set to unveil to the public its renovated store on Wednesday.

Pierre Raynal, head of retail agency at commercial real-estate broker Cushman & Wakefield France, said the opening of the Mandarin Oriental in September intensified competition for a spot in the French capital’s Golden Triangle. “Today there is clearly a shortage of offer on prime stretches like Rue Saint-Honoré and Rue du Faubourg Saint-Honoré,” he noted.

POP-UP MUSEUM: Prada is gearing up to debut its pop-up museum in Paris on Tuesday night, the same time it fetes its newly renovated store in the City of Light. Like its name suggests, the “24H Museum” will be open for one day only.

Artist Francesco Vezzoli, in collaboration with Rem Koolhaas’ AMO studio, will transform the Palais d’Iena, which has served as the location for Miu Miu’s shows for several seasons. The 24H Museum will host an exhibition of historic sculptures reworked by Vezzoli with faces of modern celebrities.

To celebrate the museum’s opening, Miuccia Prada and her husband Patrizio Bertelli will hold a private dinner, followed by an invitation-only party. The next morning, 24H Museum’s doors will open to the public, and Vezzoli is to give tours for students and journalists. Another private party will mark the closure of the museum that evening.

OBJECTS GALORE: Designer and architect India Mahdavi has opened a store at 19 Rue Las Cases in the chic Saint-Germain neighborhood. The retail space brings together a plethora of small objects, from colorful cushions made of silk and velvet to ceramic pieces in pastel colors as well as furniture designed by Mahdavi herself. In addition, she tapped the creative flare of several artists, including Rupert Shrive, Taher Chemirik and Marie Christophe, for some exclusive objects.

COUTURE CUISINE: A rising talent on the Paris culinary scene, Kei Kobayashi earned his stripes with two of the biggest stars in the gastronomic galaxy, Alain Ducasse and Jean-François Piège. Now the 33-year-old chef is running his own show at Kei, which, with its discreet, off-white and dove-gray décor, looks as much like a couture salon as a restaurant.  Kobayashi’s approach is couture-ish, as well: Two unique, set-price menus are called “compositions,” designed as much with an eye for color and texture as content. Recent offerings included foie gras with colorful vegetable shavings and tiny flowers, lobster en cocotte and a “tout chocolat’” dessert, which last November won the 2012 Lebey guide award. Fortunately, prices are remarkably down to earth. Lunch is 38 euros, or $48 at current exchange, and 68 euros, or $86, for the tasting menu. Dinner is priced at 85 euros, or $108, and 95 euros, or $120.

SWEET TEMPTATION: Inventive pastry chef Sébastien Gaudard has recently taken over the Patisserie Rousseau Seurre on Paris’ Rue des Martyrs in the ninth arrondissement. Its décor is retro and charming, and the shop focuses on traditional French delectable dessert, such as Paris-Brest, millefeuilles and éclairs. Gaudard is already well-known for his creative modern pastries, as he was behind Le Bon Marché department store’s chic Délicabar snack bar. Perhaps with his new digs he’ll set another trend — of classic French pastries crafted with conviction.

PAMPERING PAUSE: Slip away from fashion week’s hustle and bustle and take time to relax in one of Paris’ hotel spas.

It boasts an extensive treatment menu. The Mandarin Oriental Signature program, for instance, lasts two hours and 20 minutes and takes a holistic approach. Based on answers to a questionnaire pertaining to subjects such as lifestyle and personality traits, a masseuse gives the option between two different essential oil types to be used and chooses a personalized treatment course. After body exfoliation in a private hammam, feet are soaked in fragrant water and then rubbed. The massage continues on the body and face, and it’s priced at 370 euros, or $477 at current exchange.

The Mandarin Oriental spa also has an 80-minute deep-tissue body massage (for 240 euros, or $310), a customized aromatherapy facial for the same amount of time and price, plus a 110-minute Enrich Body treatment (for 330 euros, or $426).

The spa includes a fitness room and a pool (currently open to hotel guests only) measuring 46 feet by 13 feet.

Just up the street is Spa Le Bristol by La Prairie, which covers about 5,780 square feet and has eight cabins (a mix of singles and doubles) over three floors. Some of the treatment rooms have private terraces overlooking the hotel’s central garden.

The spa includes a Russian Room, for wet treatments with a heated marble table, shower and private hammam. Here, clients can be given a 50-minute Vodka Body Scrub for 180 euros, or $232. There’s the half-hour Traditional Siberian Body Polish for 110 euros, or $142, too.

A cornucopia of treatments is available at Le Bristol spa, including the Beauty Express 50-minute facial involving a cold eye mask and cranial massage, for 150 euros, or $193, and the 80-minute Caviar Body Treatment, for 240 euros, or $310.

There’s also a children’s playroom and a fitness room that is open to non-hotel guests at certain times.

ROYAL TREATMENT: This month marks the official unveiling of the Cour des Cerfs at the Château de Versailles, a 300,000-euro (or $387,070 at current exchange) restoration helmed by the Société des Amis de Versailles, or SAV. The courtyard overlooking the royal apartments, like their rooms themselves, had been largely closed to the public since the King was in residence. The six stag heads for which it is named were replaced thanks to the patronage of board member Hubert de Givenchy.

Visits are conducted from a balcony overlooking the royal apartments, including Louis XVI’s dressing room and bath, Louis XV’s bedroom and the dining room for after the hunt.

“The King’s private apartments are so fragile, it was decided that granting access via the balcony was the ideal sustainable solution for viewing them, just as one would admire jewels in the windows on the Place Vendôme,” explained Edith d’Aubert Henrion, SAV’s president.

As the chateau draws more than 6 million tourists a year, visits to this portion are by reservation only, and the wait can be long. But the SAV has a fast-track solution: Becoming a member of the Friends of Versailles (for 60 euros, or $77.40, a year for individuals or 90 euros, or $116.15, for couples) grants access to two-hour private tours with a curator (for 15 euros, or $19.35, a person).

GOING DOTTY: Damien Hirst’s spot paintings are on display at the Gagosian Gallery. The exhibition, “The Complete Spot Paintings 1986-2011,” is part of a worldwide show running simultaneously in other Gagosian galleries in the U.S. and London. Works have been lent from private collectors from around the globe and include pieces from Hirst’s colorful spot series. Canvases vary in size, with dots ranging from one-and-a-half inches to 60 inches. The exhibit runs until Feb. 18.

A graphic web of intrigue continues at the tropical greenhouse of Paris’ Jardin des Plantes, where the exhibition “Au fil des araignées” (or “The Thread of Spiders,” in English) explores the nature and the reputation of arachnids. The exhibit, which is on until July 2, mixes multimedia and photos as well as live specimens, underlining the history and the habits of these often misunderstood species.

Mexico is in focus at two museums in Paris. Henri Cartier-Bresson and Paul Strand’s photographs of the country taken between 1932 and 1934 are on display at the Cartier-Bresson foundation until April 22. There, ethnographic images from both photographers illustrate the people and landscapes from across Mexico. Meanwhile, “Masks of Jade” at Le Pinacothèque explores face masks — constructed for higher echelons of Mayan society — that represented divine beings. The show, which is on through June 10, marks the first time that many of these masks, as well some drawings, have left Mexico.

Model and actress Laetitia Casta is the center of an exhibition by photographer Dominique Isserman at the Maison Européenne de la Photographie. On display are 33 photographs, which were shot over a period of three days at Switzerland’s Therme Vals, the spa whose austere and eerie building was constructed by Pritzker Architecture Prize winner Peter Zumthor. It runs until March 25.

At the Musée du Quai Branly, “The Invention of the Savage” exhibition explores human zoos and traces the origins and the stigma attached to indigenous peoples of Africa, Asia, Oceania and America. Former soccer player Lilian Thuram is the chief curator of the exhibit, which brings together some 600 artifacts, from paintings to sculptures, posters and books, plus skull-measuring devices.

Meantime, one of France’s most studied paintings — “Homage to Delacroix” by Henri Fantin-Latour — is on display at the Musée National Eugène Delacroix until March 19. On loan from the Musée d’Orsay, it includes personalities like writer Charles Baudelaire, and painters James McNeill Whistler and Edouard Manet, among others who are placed around a portrait of Delacroix.

Joyce Gallery is going print mad with designer Dries Van Noten and photographer James Reeve. “Lightscapes” presents Reeve’s images of urban skylines and sparkling lights, which were used by the Belgian designer on garments for his spring-summer 2012 collection. The photos are displayed alongside some of the runway pieces. It runs until Jan. 25.