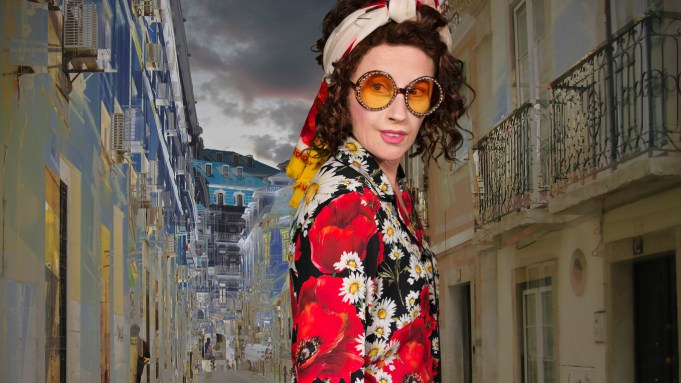 PARIS — Today’s new anything-but-normal hasn’t stopped a host of openings in the City of Light, from stores and art exhibitions to restaurants and beauty boutiques. Here, a look at some of what’s recently popped up.

It’s not all retail apocalypse in Paris, where a crop of up-and-coming labels are dipping their toes into the business, with pop-up spaces and even new permanent shops.

Ludovic de Saint Sernin is selling clothing and accessories at a pop-up location in the Marais, at 21 Rue Debellyme in the 3rd arrondissement, from Oct. 1 to 4. Fans of the androgynous label — known to be both dreamy and romantic, with a prominent racy streak — can snap up the brand’s trademark skimpy tank tops or silk boxer shorts, as well a selection of items from the spring 2021 collection early.

LGN Louis Gabriel Nouchi has opened its first store in the hip 11th arrondissement, at 4 Rue Oberkampf. During fashion week the store will sell pieces from the label’s collaboration with the Paris Saint Germain soccer team.

Olivier Theyskens is opening a pop-up space at 18 Rue Réamur in the 3rd arrondissement, in a street-facing space connected to the label’s new workshop. Open from Sept. 28 through Oct. 9, the idea is to offer an immersive brand experience.

Statement, Amélie Huynh’s futuristic, punk-tinged jewelry label with a feminine Parisian flair has opened its first boutique, at 1 Rue du 29 Juillet in the 1st arrondissement. The concrete space is also home to a digital heroine who interacts with visitors.

Gallery Goossens is a new space at 20 Rue Cambon also in the 1st arrondissement displaying the house’s fresh push into homewares. Small objects include the trio of golden lions carrying a crystal ball — famously designed by Robert Goossens for Gabrielle Chanel’s apartment, which happens to sit across the street from the new gallery. Glass tables and mirrors adorned with lily pads sit next to chandeliers with huge, hanging crystals. — Mimosa Spencer

High jewelry pieces  from Van Cleef & Arpels are on show at the “Pierres Précieuses” exhibit at the Grande Galerie de L’Évolution, which displays the precious stones alongside explanations of their formation. Visitors wind through displays that explore subjects such as temperature and pressure, as well as specific families of stones, like jades, garnets, rubies, spinels and sapphires, juxtaposed with necklaces, brooches and other examples of how minerals are transformed by man, from all ages — starting with a gem-encrusted table offered to the Cardinal Mazarin in 1659, and including a Van Cleef bird of paradise clip from the Forties. — M.S.

You could say wearing a mask is nothing out of the ordinary for Cindy Sherman. Displaying 45 years of her fascinating portraits, the Fondation Louis Vuitton is hosting the largest retrospective in Europe devoted to the American artist. The show also draws on the permanent collection of 50 works that she helped select, which brings together French and international artists in a captivating conversation about identity. Another New York photographer is showing portraits in Paris, but they’re not of himself. Gregory Halpern brings Caribbean vibes to the Fondation Henri Cartier Bresson with a powerful display of colorful shots featuring Guadeloupe. Offering a new sensitive eye on the French island life, he not only addresses the beauty of nature and local everyday objects but also the rich history and charged past of the archipelago. — Anne-Aymone Gheerbrant

As far as terrace dining in Paris goes, Tortuga at sunset is hard to beat with its gobsmacking location on the roof of the Galeries Lafayette on Boulevard Haussmann — the Eiffel Tower sparkling in the distance, and the Palais Garnier opera house looming, almost close enough to touch. The 110-seat eatery, with more than half the seating outside, focuses on local and wild fish sourced in an eco-responsible way, according to young chef Julien Sebbag. His countertop kitchen turns out dishes influenced by Peru, Japan, China and other places. Tortuga opened on Sept. 1 and has already hosted its first fashion event: for Alyssa Volskaya’s public relations agency Avec. She gathered the likes of Natalia Vodianova and Giambattista Valli to soak up the views — and generously poured vodka and Champagne. — Miles Socha

Anahi, famed for serving beef imported from Argentina, has reopened with a new menu and spruced-up decor. The restaurant is housed in a former butcher shop in the Marais district at 49 Rue Volta. It offers guacamole, empanadas and ceviche, as well as wood-cooked meat that can be chosen by what it was raised on, which has become the new emphasis. Owner Riccardo Giraudi has also teamed with Ely’s cocktails for fresh, locally-sourced drinks. — Mimosa Spencer