By Laure Guilbault and Miles Socha and Jennifer Weil and Joelle Diderich on January 22, 2016
View Slideshow 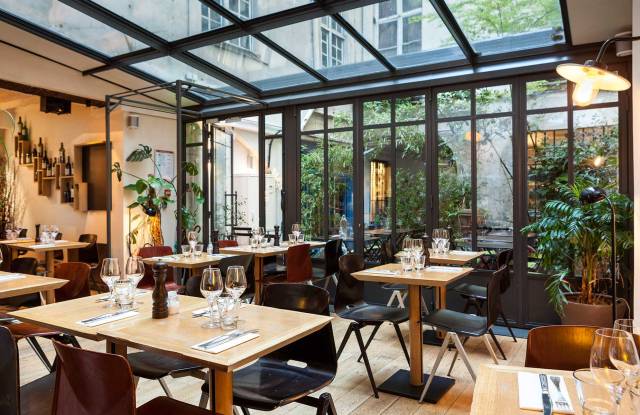 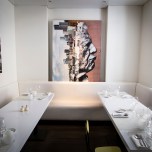 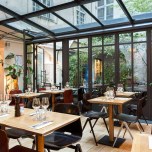 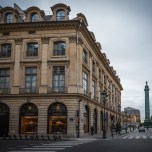 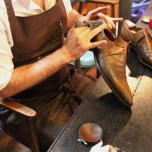 The men’s wear pack has moved on to Paris, the last leg of the European market and — perhaps — a time for indulgence.

This story first appeared in the January 22, 2016 issue of WWD. Subscribe Today.

That could include hitting a gym, having a detox juice between shows, catching an exhibit, getting an emergency haircut or picking up a new bow tie.

Caviar Kaspia: “I collaborated with Carine Roitfeld on porcelain matreshkas for Caviar Kaspia: I portrayed Carine with caviar dots. But most importantly, I love the baked potato topped with caviar there.” — Nicolas Ouchenir
17 Place de la Madeleine, 75008

Au Passage: “Tapas-style bistro serving French modern food in a hidden little alleyway near the trendy neighborhoods between Place de la République and Bastille. It’s so nice when a restaurant delivers more than they need to, more than you expect to receive.” — David Mallett
1 passage Saint-Sébastien, 75011

La Coquille: “The owner is a very good friend, plus you can find the wines that [accessories designer and Ouchenir’s boyfriend] Hugo Matha’s parents make in Aveyron on the menu.” — Nicolas Ouchenir
30 Rue Coquillière, 75001

Le Jaja: “It’s laid back. We drink beers on the terrace and all is good in the world. ” — Alexandre Mattiussi
3 Rue Sainte-Croix de la Bretonnerie, 75004

Raspoutine: “When it’s a bit more quiet, I go out with friends there; it doesn’t happen that often, maybe once a month.” — Mathieu Pacaud
58 Rue de Bassano, 75008

BOW TIES
Charvet: “It’s one of the oldest boutiques on Place Vendôme. That’s where you get custom-made shirts too. Anne-Marie is the soul of Charvet.” — Vincent Darré
28 Place Vendôme, 75001

SNEAKERS
Caravan: “They have a supersharp assortment, including shoes. Boys are very nice there. Hip-hop, streetwear, collector — it’s a perfect spot to buy sneakers. The place itself is really cute.” — Alexandre Mattiussi
5 Rue Pastourelle, 75003

Santoni: “I am featured in the spring 2016 campaign with Lily McMenamy [wearing the Santini Clean IC sneakers]. It was shot by Olivier Zahm….That makes me a Santoni’s ambassador.” — Vincent Darré

FLOWER SHOPS
Odorantes: “They specialize in flowers that actually smell, which has become quite rare.” — Kris Van Assche
9 Rue Madame, 75006

Debeaulieu: “Pierre Banchereau is the florist of the moment. He is very charming and makes the most beautiful bunches in town. ” — Alexandre Mattiussi
30 Rue Henry Monnier, 75009

MUSEUM
Musée Victor Hugo: “I used to go there often when I was a student in art school. I recently saw some photos Thomas Lenthal posted on Instagram. It looks like it’s intact. He made me feel like going back.” — Vincent Darré
6 Place des Vosges, 75004

GALLERY
Galerie Max Hetzler: “They have a very sharp selection of artists. And Elie [Top] is going to present his jewelry line during Paris couture week there.” — Vincent Darré
57 Rue du Temple, 75004

CONCERT HALL
Olympia: “We went there recently because we dressed the boys of [French pop rock duo] AaRON and [French singer] Christine and the Queens.” — Alexandre Mattiussi
28 Boulevard des Capucines, 75009

GYM
Pavillon de la Reine: “It’s a gym in a beautiful hotel on Place des Vosges. I put on weight during the holidays. With my coach Fred, I’ll be slim again.” — Mathieu Pacaud
28 Place des Vosges, 75003

HEALTH BAR
Claus: “Claus [Estermann] is one of my best friends. I worked with him at Givenchy. He quit fashion to open a place that specializes in breakfasts. He opened a grocery store across the street where you can get juices to take away; everything is organic.” — Alexandre Mattiussi
14 Rue Jean-Jacques Rousseau, 75001