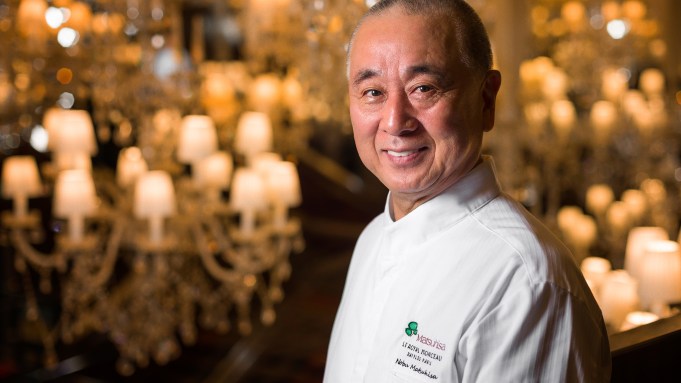 France’s economy might still be recovering from the terrorist attacks that rocked Paris in November, but a flurry of new restaurants — each with a strong fashion quotient — are due to pop up in the City of Light this spring.

In tandem with Les Arts Décoratifs marking its 30th anniversary this year, the museum will get a new restaurant called Loulou. It is to be in the former space of Le Saut du Loup, the two-level eatery, with a view on the Tuileries Gardens, the Louvre Pyramid and the Eiffel Tower, and feature “Riviera” fare, such as saffron risotto, pizza and stew with basil and tomatoes.

The team of Palais de Tokyo’s Monsieur Bleu is behind the new venture, including Gilles Malafosse, president of Malafosse Group, and Joseph Dirand, the architect who also designed boutiques for Balmain, Chloé and Alexander Wang.

The space was conceived to be like “the dining room of a decorative arts collector,” Malafosse explained.

Each level reflects a decorative arts period: The Seventies for the ground floor that’s made of five salons and the 18th century with a French Art Deco twist for the upstairs. Dinand dotted the space with iconic design objects, such as Eero Saarinen Tulip chairs, a fireplace inspired by Serge Roche and Philippe Anthonioz lighting.

“The concept is very much Carlo Mollino[like],” Mabille explained, referring to Italy’s mid-20th century designer and photographer. “His photographs exude sensuality, both strictness and lightness. The women’s outfits are masculine-feminine, while [the] men’s uniform involves vest-aprons and bankers’ stripes. It doesn’t look like a uniform, but a very Parisian silhouette.”

Jean-Charles de Castelbajac, whom Malafosse likened to a modern-day Jean Cocteau, was tapped to create the restaurant’s logo.

The 3,765-square-foot restaurant seats 130 inside. Additionally, there’s a sprawling garden terrace seating up to 200. Plans are afoot to cover and heat it in winter.

Loulou’s opening will coincide with the kickoff of the “Fashion Forward — Three Centuries of Fashion” exhibit slated to open April 7 and run through Aug. 14.

There’s a lot of excitement around the revamped Forum des Halles shopping center, which is expected when it opens on April 7 to have 18 banners including Nike and Sephora, plus a concept store called L’Exception dedicated to rising labels. Alain Ducasse’s Champeaux is one of  two restaurants in the new complex, which is expected ultimately to become the second-busiest shopping mall in Continental Europe, alongside Za, a hip bistro designed by Philippe Starck, created by the team of Ma Cocotte eatery in the Saint-Ouen flea market.

Champeaux will seat 180 inside, plus 80 on its terrace in front of the Nelson Mandela Park, a new 10-acre green space that was designed to look like a meadow (with the Champ de Mars in mind). The bright space with a view on the Saint-Eustache church was created by Ciguë, a Paris-based architecture agency that also has collaborated with Damir Doma and Isabel Marant. Design elements include an overhead screen that can be updated like an airport’s information panel, and on the menu there’s a Belle Epoque typography.

As a nod to the history of Les Halles, which was once Paris’ central fresh food market, Champeaux will serve typical French food in line with the brasserie tradition — snails, oysters, boudins, tartars – but expect here tastier condiments more than heavy sauces and desserts made with less sugar. After all, Ducasse won three Michelin stars this year for his health-conscious menu focusing on a “holy trilogy” made of fish, vegetables and cereals. The chef is to open a restaurant in yet another historic place this spring: Ore in the Château de Versailles’ cour d’honneur.

Nobu Matsuhisa is returning to Paris, this time with a Matsuhisa restaurant. It’s the renowned chef and restaurant owner’s fine-dining banner, which already counts locations in Beverly Hills, Aspen, Munich, Mykonos and Athens. (He also has 33 Nobu addresses in partnership with Robert De Niro worldwide.)

Hideki Endo, who will head the kitchen, and his brigade of sushi masters are also to create dishes with French produce, such as algae tacos with black truffles, crispy oysters with caviar and Wagyu Beef with foie gras ravioli and ponzu.

“Paris is the capital of gastronomy. I’ve always loved the City of Light for its energy and its people,” said Matsuhisa.

His new restaurant is slated to open right after Paris Fashion Week wraps up, on March 11.

Two young restaurateurs, Julien Ross and Alexandre Giesbert, took over Jean Paul Gaultier’s former ready-to-wear shop on Rue Vivienne, where the designer opened his first Paris store in the Eighties. The boutique, which became a mythic address, closed in January 2015 after Gaultier halted his women’s and men’s rtw lines.

Cut to today, and the 4,300-square-foot, two-level space will become a high-end trattoria serving up “exceptional produce.” Regulars of the former store might feel disoriented when the eatery opens in May: After getting authorization, an extensive renovation to the tune of 2 million euros, or  $2.2 million at current exchange, took place. The monumental staircase is now gone, windows giving on to the interior of the covered passage Galerie Vivienne were added as were suspended balconies.
“We started from scratch,” Giesbert told WWD.

Open seven days a week, it is to seat 170, plus 20 at the bar named Danico headed by renowned bartender Nicolas Soto. The staff will wear sailor stripes in a nod to the designer (who hasn’t, however, designed them).

When the Ritz Paris hotel reopens before summer, it will have a new Ritz Bar restaurant on Rue Cambon, which is a relatively relaxed dining spot with small dishes to share and live music in the evenings. There will also be the fine-dining restaurant L’Espadon, plus the Bar Vendôme, Salon Proust for tea time and Hemingway Bar.

Michelin-starred chef Nicolas Sale is to take the reins of the hotel’s kitchens with Estelle Touzet as chief sommelier and Colin Field as head bartender. Guests can begin making room reservations starting June 1 on the hotel’s Web site. (Reservations for the restaurants aren’t yet open, however.)