What to see and do in the City of Light. 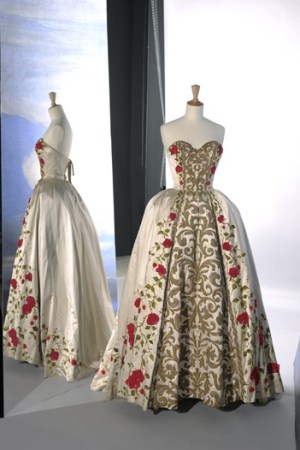 EIGHTEENTH FLOOR: Bring on the powdered wigs. The influence of the 18th century on contemporary fashion is the theme of an off-site exhibition by Musée Galliera’s new director, Olivier Saillard, pending the completion of the Paris museum’s renovation in 2012. And what better stage than the apartments of the Château de Versailles’ Grand Trianon? The show runs July 8 to Oct. 9. “It’s not only about frills and richly colored ribbons. There are also simple, rustic 18th-century garments that touch me just as much,” said Saillard, citing as an example a strict black men’s coat “that is so simple it could be by Yohji Yamamoto.” Such vintage items are juxtaposed with recent designs emulating the era’s fashions, such as redingotes by Rei Kawakubo. Creations by the likes of Christian Dior, Pierre Balmain, Vivienne Westwood, John Galliano, Karl Lagerfeld, Christian Lacroix and Azzedine Alaïa are also on display.

WHITE HOUSE: The chairs in the restaurant are cloaked in white linen, and their feet don’t touch the floor — a nifty, trompe l’oeil effect. In the rooms, the white moldings are unfinished and random for a surreal effect. Welcome to the hotel Margiela — such a quirky place. Maison Martin Margiela designed 17 rooms and suites out of the 57-unit La Maison Champs-Elysées hotel in Paris, each with a theatrical and minimalist decor where white prevails. The inimitable Margiela touch — unsettling yet playful — can also be felt in the bar, the smoking room and the silver entrance hall. A deluxe room costs 680 euros, or $978, per night.

ORIENT EXPRESS: The Mandarin Oriental opened its first Paris hotel in the heart of the fashion capital, just in time for couture week. French architect Jean-Michel Wilmotte chose to keep the Art Deco facade and teamed with interior decorators Sybille de Margerie and Patrick Jouin to add a contemporary twist and an earthy feeling in the bar and restaurants. The 138-room hotel boasts two restaurants and a bar run by multistar chef Thierry Marx. There’s also an interior garden and a sprawling spa. Rooms start at 950 euros, or about $1,400, a night.

GLOBE TROTTING: You can practically see the world by visiting exhibitions currently going on in Paris. Indian and French artists have been brought together for the “Paris, Delhi, Bombay,” at the Pompidou Centre, which explores the sociological and artistic movements across the two cultures. Around 50 artists have created works for this show, which includes installations, films, paintings and sculptures. L’Espace Culturel Louis Vuitton is back with its 16th exhibition called “Transfigurations-Indonesian Mythologies,” an exploration into the myths and culture of Indonesia. La Maison Rouge is showcasing the work of artists from the Canadian city of Winnipeg. The mixed-media exhibition opens with a film called “Strycker” by Noam Gonick (also a curator of the show), which shows sweeping country views and urban vistas. South Africa is in focus at the Jeu de Paume with Santu Mofokeng’s arresting images of South Africa and Lesotho, before and after apartheid. Mofokeng explores the savage beauty of his homeland.

Larry Gagosian has flown in the works of American artist Elizabeth Peyton for her first solo show in Paris. The stylized portraits in watercolor, pencil and oil include ones of Kanye West and Patti Smith. Black-and-white photographs of Marilyn Monroe from 1955 are on show at House of America. The candid shots of her going about her daily life are by Eddie Feingersh. Japanese designer Hiroko Koshino will present her fashion universe from July 7 to 10 at Les Arts Décoratifs, along with paintings and calligraphy.

WIG OUT: For the first time, paintings by hairstylist Julien d’Ys figure in an exhibition through July 13. Just more than a dozen of his works made in oils — featuring mostly portraits of supermodels such as Kate Moss, Linda Evangelista and Kristen McMenamy, and spanning back to the Nineties — spangle the walls of an intimate, rough-hewn Comme des Garçons-owned space. Also on display there is a large selection of whimsical, d’Ys-created wigs that had been worn on fashion runways for houses such as Comme des Garçons, Yves Saint Laurent and John Galliano. A handful of wigs were shown at the Metropolitan Museum last year. Giving a sneak peak into the hair wizard’s artistic musings are open notebooks chockablock with his sketches and collages.

MAKING TIME: French jewelers Chaumet and Van Cleef & Arpels are highlighting their watchmaking heritage at their flagship locations on Place Vendôme. Chaumet is staging an exhibition to commemorate the 200th anniversary of the creation of its first pair of wristwatches, ordered by Eugène de Beauharnais, the son of Empress Joséphine, for his wife. The 30-odd pieces will be on show at the Musée Chaumet at 12 Place Vendôme from July 8 to 29, before traveling to Tokyo in September. Van Cleef & Arpels, meanwhile, has opened a boutique dedicated to timepieces at number 22. Designed by Patrick Jouin, it extends over three floors with a store on the ground floor, a watchmaking workshop in the basement and a V.I.P. space on the first floor.

THIS JUST INN: Hi Matic, a youthful new hotel from French industrial designer Matali Crasset, boasts 42 colorful rooms envisioned as cabins. A large bed on the floor at night can be transformed into a sofa during the day for more space. The organic breakfast is served on trays via vending machines. Room prices start at 106 euros, or $150, including breakfast.