Take some time off this Paris Fashion Week to check out the new shops, restaurants and art exhibitions the city has to offer.

By Katya Foreman and Robert Williams and Alex Wynne and Jennifer Weil on March 1, 2017
View Slideshow 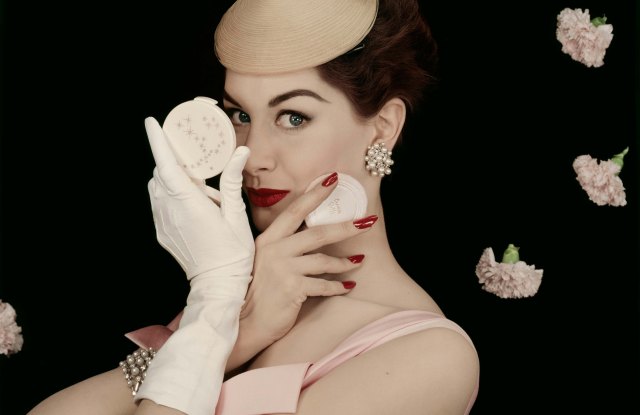 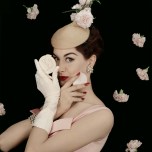 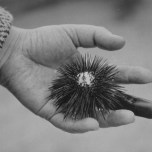 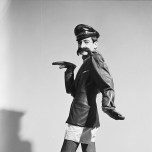 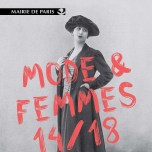 CAMPER SITE: Camper’s creative director Romain Kremer will be throwing a colorful housewarming for the brand’s just-opened Paris CamperLab store on March 4 with the launch of a collaboration with makeup artist Isamaya Ffrench.

Ffrench, who has worked on all the campaigns under Kremer, has designed a women’s footwear line for the house that will go on sale during the event.

The minimalist white boutique, which is located in the city’s Marais district, carries a selection of product from the brand’s men’s and women’s lines handpicked by Kremer, as well as exclusive CamperLab designs, displayed on colored Mondrian-inspired blocks. An LED screen next to the cash desk projects images from the brand’s campaigns, while the store’s music comes courtesy of community radio station Rinse FM.

The store’s offer spans the fashion and lifestyle categories, with goodies including corduroy caps by Saint Gervais, fragrances by Rêve d’Ossian, lingerie by Esquisse, caviar by Caviar de Neuvic and a made-to-order arcade by Hervet Manufacturier.

Behind the concept are siblings Sandrine Bergerat — a specialist in brand management who has worked on the international development of labels including Cacharel and Repetto — and Vincent Bergerat, the store’s artistic director, who cofounded Citizen K magazine with Kappauf in the mid-Nineties.

The 4,000-square-foot space just off the Avenue des Champs-Élysées was open last month. It is divided into four areas, including one for skin care, which involves five treatment cabins (one of which is a double).

On the menu is Le Soin Supremÿa Visage, an antiage facial treatment, which lasts for 90 minutes and costs 240 euros, or $255 at current exchange. The hour-long body energizing offer goes for 170 euros, or $180, while the three hour-long global face and body program runs 400 euros, or $424.

(Expressly for the Maison Sisley, the beauty company conceived Les Exclusifs Paris, a four-product skin-care line meant to respond to the effects of city life.)

Also in the new location is a salon area, where pre-treatment consultations take place; a café reserved for clients of the beauty institute, and a 778-square-foot boutique, where Sisley’s products may be purchased.

The fun, creative decor here includes a “Jetlag” sofa by India Mahdavi, the silhouette of a woman sculpted by Bronislaw Krzysztof and a Moon chandelier by Dimore Studio in Milan.

The space also offers the brand’s line of shirts and trenches plus finds sourced by founder Cerise Bent and her husband Christophe on their travels or reflecting their passions, like classic motorbikes, vintage watches and retro furniture.

Open Wednesday to Saturday, 11 a.m. to 7 p.m. Reservations for the atelier can be made via the brand’s web site: lacerisesurlechapeau.com

CARNIVORE CLUB: Don’t be fooled by the restaurants leafy-moniker: Clover Grill is made for meat lovers, with wood-fired grills crackling and rotisseries spinning in plain sight.

The restaurant is the latest creation of Jean-François Piège — the chef of Brasserie Thoumieux and a household name in France thanks to his frequent TV appearances on the country’s much-watched adaptation of “Top Chef.”

Wood-fired steaks are the restaurant’s signature, with a selection of fine cuts sourced from Kansas, Australia, Bavaria and the region surrounding Bordeaux, France.

Grilled lobster and small-catch seasonal fish offer seafood alternatives, but vegetarians may find little to their liking. Craft cocktails at the poshly appointed bar are a good way to get started before hunkering down over the copious meat of your choosing. Still try to save some room for dessert — the chef offers a wood-fired spin on the banana split. With bright marble tables, vivid wallpaper and a general lack of wood paneling, the feel is fresher and more contemporary than your typical steakhouse.

Prices for staple items such as a burger and fries (for 22 euros, or $23.35 at current exchange) are generally in line with Parisian brasseries, but expect to pay more for rarer cuts: An Australian “black market” rib steak, served with finger potatoes cooked in goose fat, will set you back 69 euros, or $72.95.

FLAVOR STATION: Stopovers in the Gare du Nord get a boost from the new culinary hub conceived by Michelin-starred chef Thierry Marx of the Mandarin Oriental hotel. At L’Étoile du Nord, the specialist in molecular gastronomy brings three spaces: a fast-casual brasserie, a bakery, and wine bar-and-lounge in the heart of the massive train station, where high-speed service to London, Amsterdam and Brussels coincides with regional trains and airport transit. The brasserie’s accessibly priced menu — with a three-course lunch at 29 euros, or $30.70 at current exchange — mixes Parisian staples with regional dishes inspired by the destinations linked to the station: fish and chips for Anglophiles too eager to wait for the Eurostar, Belgian waffles and a Flemish terrine.

A bakery space offers quick sweets and sandwiches to-go, and is staffed by apprentices in Marx’s academy for chefs in training.

The second-story wine bar offers a cozier retreat from the busy station, where travelers can sip one last glass of Burgundy (for 9 euros, or $9.50) before saying au revoir to the City of Light.

CULTURE VULTURE: For aficionados of 20th-century art, culture and fashion, there is plenty going on in town this spring. Les Docks — Cité de la Mode et du Design is celebrating the fashion work of Erwin Blumenfeld from after the influential photographer moved into exile in New York in 1941. Co-curated by his granddaughter Nadia Blumenfeld Charbit, the exhibition of nearly 200 works from during the Second World War and post-war period, including around 30 that have never been shown before, explores how Blumenfeld was torn in his commercial work between the brief and his artistic ambitions.

For a dose of subversive French irreverence over at Bastille, there’s the Maison Rouge’s “L’Esprit Français, Countercultures 1969-1989,” exploring the emergence of French subcultures and the notion of national identity and social malaise in the post-1968 era. The exhibition, spanning popular culture, philosophy and art, features more than 700 works and documents from around 60 different artists.

At the Jeu de Paume at Place de la Concorde, the work of avant-garde photographer Eli Lotar is on display in collaboration with the Centre Pomidou, which celebrates its 40th anniversary this year. Close to Germaine Krull and later to the Surrealists, Lotar’s work bridges documentary, sociopolitical commentary and travel photography, and bears witness to his multiple collaborations with artists, playwrights, poets and filmmakers of his era.

At the same venue, “Peter Campus. Video Ergo Sum” is the American video artist’s first exhibition in France, and spans from his work from the Seventies, which explores the perception of space, to his current digital work, in which he experiments with pixels in the manner of a painter, in an immersive experience.

At the newly reopened Bibliothèque Forney — a library specialized in graphic arts and artistic professions — the “Mode & Femmes 14/18” exhibition explores how the First World War changed women’s relationship with apparel, contrasting uniforms from the front with items worn in civil life through a selection of period clothing as well as postcards, catalogues, posters and photos, many of which have never been exhibited before.

For those still in town on March 8, the Palais Galliera will open its tribute to Cristóbal Balenciaga with an extra-mural exhibition at the Musée Bourdelle in the Montparnasse neighborhood. The “Balenciaga: L’oeuvre au Noir” expo features more than 100 pieces from the Galliera’s collections and the fashion house’s archives — all of them black.

It’s another era — and genre — in focus at the Louvre, meanwhile. The museum places Vermeer’s works in the context of his contemporaries of the Dutch Golden Age, highlighting parallels in their depiction of everyday life and the competition between them. The exhibition is organized in partnership with the National Gallery of Ireland in Dublin and the National Gallery of Art in Washington.

“Vermeer and the Masters of Genre Painting,” through May 22

STARS ABOUND: The newly renovated Divellec was among the 12 Parisian restaurants to receive their first Michelin star when the culinary guide released its 2017 ratings earlier last month. The Left Bank seafood mainstay, a longtime haven of politicians thanks to its location near parliament, reopened last fall with a fresh look and new menu under chef Mathieu Pacaud. The focus is still on seafood and vegetables, with dishes like poached oysters with watercress cream and golden caviar, or blue lobster and vegetable stir-fry in a butter sauce flavored with Corsican napita. Catches of the day are poached, roasted and sold by weight. A three-course lunch menu offered on weekdays is priced at 49 euros, or $51.80 at current exchange, while the four-course dinner starts at 90 euros, or $95.10, without drinks.

Another kitchen to receive its first star is Restaurant H in the Marais, near the Place de Vosges. It is the first restaurant from Hubert Duchenne, the longtime sous-chef at Akrame, a staple of Paris’ gastronomic scene since 2011. Peek into the open kitchen while Duchenne and his team serve up satisfying plates with bold contemporary touches (think chicken supreme topped with coffee bread crumbs or sardines topped with mussels, grapefruit, herbs and flowers). Prix fixe menus begin at 30 euros, or $31.80, for lunch, and 50 euros, $53, for dinner.

The Pavillon Ledoyen is far from a secret — the restaurant predates the French revolution and has been helmed by some of the world’s most famous chefs. In 2014, its current boss Yannick Alleno managed to preserve the restaurant’s three-star rating — the Michelin guide’s highest honor — less than a year after taking over the kitchen from Christian Le Squer. The buzz surrounding the restaurant may be renewed this season following the chef’s latest feat of wowing the Michelin jury.

Earlier in February, Alleno’s restaurant at the LVMH-owned Hôtel Cheval Blanc became the first restaurant in the town of Courchevel, France, to receive a three-star rating from the guide. Top chefs have been flocking to the luxury Alpine resort in recent years, so the honor is a testament to Alleno’s acumen as well as a step forward for Courchevel as a gastronomic hub.

At Alleno’s Pavillon Ledoyen, guests continue to spend several hours tasting their way through the chef’s famous “Three Macaroons” menu (macaroon being the French pet name for Michelin stars) priced at 490 euros, or $518. Signature dishes include roasted duck in a sugar crust with clam broth and pan-fried bread or pasta with wagyu beef, squid and cuttlefish ink. Prices à la carte range from 125 euros to 165 euros, or $132.15 to $174.45, for a main course.