More than a means of transportation for Americans en route to Europe, ocean liners were showcases of technology, opulence and social might.

By Rosemary Feitelberg on May 17, 2017
View Slideshow 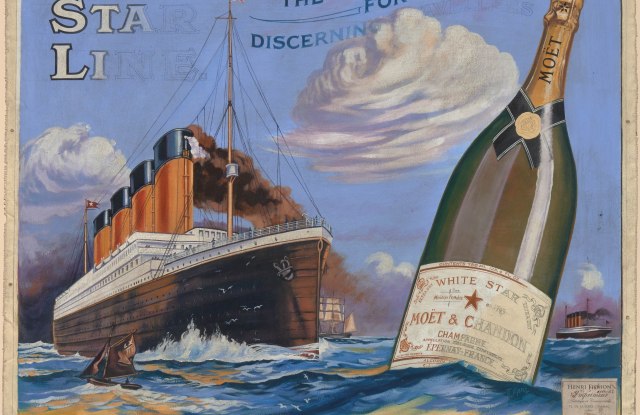 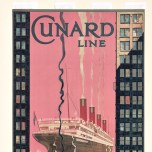 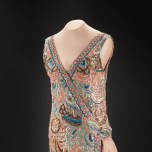 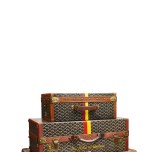 Unimaginable as it might seem today, travel was at one time something to relish and fashion played a central role in that experience. As of Saturday, visitors to the Peabody Essex Museum outside of Boston can imagine those long-lost crossings through “Ocean Liners: Glamour, Speed and Style.”

More than a means of transportation for Americans en route to Europe, ocean liners were showcases of technology, opulence and social might, with each day’s crowning moment being dressing for dinner and then descending down the main salon’s sweeping staircases while fellow passengers awaited each arrival. The entrance-making moment (known as the “grande descente”) provided many with the first opportunity to show off their latest couture purchases.

Spanning 11,000 square feet with more than 260 objects, the exhibition starts in the 1870s and runs through the Sixties and has been organized with the Victoria and Albert Museum in London. It opens to the public May 20 and will be on view through October 9. Christie’s vice chairman Stephen Lash, an ocean liner historian and collector, connected PEM with the V&A, which will introduce the exhibition in February.

Daniel Finamore, the Russell W. Knight Curator of Maritime Art and History and the exhibition’s cocurator, said, “Steam vessels of any sort in the middle of the 19th century were considered dirty and dangerous. They rolled badly because they had a different hull design. People were always queasy on them and they belched out smoke so it probably smelled bad. So the idea that by the 1870s people would all dress for dinner and head on in, ignoring their surroundings, was a real surprise.”

With different ships in different lines catering to different tastes, seafaring companies turned the concept of ocean travel from an uncomfortable necessity into an alluring activity with real social cachet, he said. “The most impressive thing was how progressive the style was on certain ships. The leading ships in each of these lines were giving national symbolism for culture and design. What did the French want to project? The British were all about English countryside so even if it was Art Deco, they used woods, veneers, lots of chintz and overstuffed upholstery. The Italians loved their neoclassism and never really let go of that until after World War II,” Finamore said. “These were some of the most complicated management projects I could ever imagine. It was like building an entire urban complex including apartments, shopping malls, multiple restaurants and all of the warehouses that were necessary to supply all of these people with what they needed at sea.”

Online visitors can see the installation of a replica of the Queen Elizabeth, which at 22 feet in height and weighing 2,700 pounds is considered the largest model ever made. From a fashion standpoint, there is the Christian Dior day suit worn by Marlene Dietrich on the Queen Elizabeth arriving in New York in 1950. Also on view is the “Night of the Iguana” diamond, gold, sapphire and emerald brooch Jean Schlumberger designed for Tiffany that Richard Burton gave to Liz Taylor when the film by the same name wrapped up. There is also a 1964 photo of the tempestuous couple disembarking from the Queen Elizabeth. Along with an assortment of Louis Vuitton trunks that well-heeled travelers were known to use, there is a stack of Goyard ones monogrammed for the Duke of Windsor. Lady Marguerite Allan escaped the sinking of the Lusitania in 1915 and her maid did too with the wherewithal to carry the aristocrat’s diamond and pearl Cartier tiara.

Coco Chanel was the first to get in on the advent of liner travel by opening resort boutiques in Deauville in 1913, followed by Jean Patou in 1924. As swimming pools were moved to the upper deck for socializing more so than physical fitness, designers introduced more stylish options along with jersey knit ones and more transatlantic travel-friendly options, which became known as their “cruise collection.” Passengers could leaf through embossed leather-bound books with hand-painted illustrations to find the addresses and every last detail about designers, chocolatiers, piano makers and other luxury purveyors. Finamore said, “They would use it to find out what neighborhoods they needed to go to, what streets to walk down, where did they need to make appointments.”

Press-savvy Poiret toured the U.S. after arriving on La Provence in 1913, and Jeanne Paquin had a similar mission in 1914 with 100 trunks in tow. In the Fifties, Emilio Pucci set sail to connect with American clients on board, Finamore said.

Some travelers would cut out the labels from the dresses they purchased in Europe or wear multiple purchases at once upon arrival in New York in order to avoid paying customs duties.

On-board fashion shows were held including one during the Normandie’s maiden voyage in 1935 and then another one was held upon arrival in New York. Given that, the models and designers became part of the festivities beyond their actual events. A 1925 “Salambo” dress by Jeanne Lanvin and a 1926 silk, gold lamé dress by Jenny are among the designs on view. For individual countries, the ocean liners were designed to celebrate all sorts of national talents.Finamore said, “All of the fine arts of France were on display — paintings, sculpture, fantastic silver. You would sit down to dinner eating and drinking using pieces from Lalique, Haviland, Christofle and Puiforcat. Fashion was a natural extension of that. They were promoting French designers.”

Over the decades the number of passengers on each ship scaled up from 25 to 2,000 not including another 1,500 crew members. Early on the Atlantic crossing took a good eight days but by the Fifties it was down to three days and 18 hours, Finamore said. Titanic lovers will find “the largest single piece of interior from the Titanic — a beautiful Beaux Arts carved wood wall panel from the smoking salon that broke off right where the ship split in two.”

From the Andrea Doria, there is the “Zodiac suite” covered in constellations and astrological motifs that was designed by Piero Fornasetti. The remnants washed up on Nantucket years after the ocean liner was struck by Stockholm. “We’re not just showing off disasters. We’re showing the Titanic, Andrea Doria and Lusitania as designed ships, and by the way they also had dramatic histories, which we don’t want to ignore. But we want them to be remembered as they also were,” Finamore said.