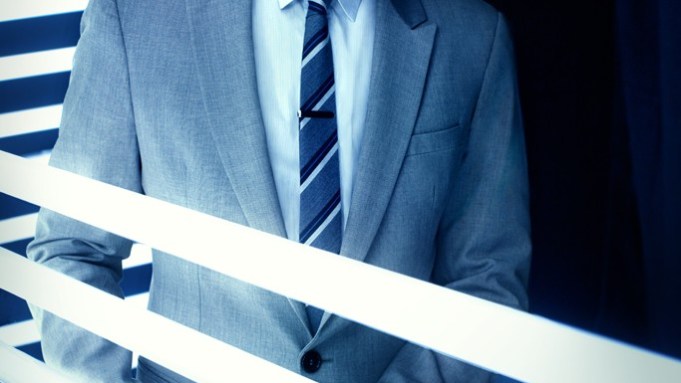 Mad Men would probably not be much without Vincent Kartheiser, the 34-year-old actor who has given his character, Peter Dyckman Campbell, such a rich blend of sleaze and formality. “He’s hard to watch,” said Matthew Weiner, the show’s creator, at a recent panel discussion. “He’s every bad thing you’ve ever done all at once.” That may be true, but the character’s relentless scheming often triggers the best Mad Men stories. And he plays the even more crucial role of foil to the show’s enigmatic protagonist, Don Draper. At 10 a.m., still in bed on the day after filming the season-six finale, Kartheiser answered his phone.

I asked him if it was true that he was engaged to Alexis Bledel, the former Gilmore Girls star who has appeared on Mad Men as a Westchester vamp.

“Yes,” he said. “But she’s super private. I’ve had to adjust my life to that. I let the world know everything, but she’s not that way. We met on the show, and we didn’t date until the season was over. I was in New York last year, and I saw her in a play she was doing and we began hanging out a little bit, yeah.”

“I guess it is quite bleak.”

“How do you feel after finishing season six?”

“Was there a cast party?”

“The wrap party is tonight. Some years I go, some years I don’t. Which it’s going to be depends on how much I can amp myself up. You just spent 16 hours a day with these people, and then, to see them with their hair down…” (He sounded a bit Pete Campbell-ish.)

“Do you and Miss Bledel watch any of the big cable shows?”

“We’ve been meaning to. Recently, me and the fiancée were saying, ‘Let’s start Game of Thrones,’ or, ‘Tomorrow, we’ll start Veep.’ But then, invariably, one of us is too tired.”

The more you think about Pete Campbell, the more it seems Matthew Weiner purposely constructed him as the anti-Draper. There are the obvious differences, like Pete is head of accounts while Don is the creative director. But there are smaller contrasts, too. To wit:

Pete is a committed nonsmoker. Don is always lighting up.

Pete can’t fix a leak. Don is handy around the house.

Pete has a receding hairline (Weiner sees to it that Kartheiser’s hairline is shaved back
a full inch). Don has a nice head of hair.

Pete grew up rich in a prominent Manhattan family. Don is the son of a whore from the middle of nowhere.

Pete is tossed out of his marriage after an early attempt at cheating. Don fools around and usually gets away with it.

Pete says his name out loud when he needs a social advantage: “Peter Dyckman Campbell.” Don tells almost no one his real name (Dick Whitman) for fear of losing his place in society.

Pete perks up when a prostitute calls him “king.” Don, on the other hand, asks one of his sexual partners to slap him in the face—hard.

Pete nudges Joan Harris to sleep with a potential client. Don is apparently disgusted by the idea and refuses to discuss it.

Pete gets emotional and argumentative after the assassination of Martin Luther King, Jr. Don seems to view it as just one more confirmation of his own bleak worldview.…

Despite his stiff bearing, Pete Campbell is much more likely than the gloomy Don Draper to give himself over to uninhibited expressions of flat-out joy—as he did when he threw himself into a wildly goofy dance after he was told he had been made head of accounts. That same flash of joy electrified his body when he was doing the Charleston with his wife at Roger Sterling’s garden party.

“Yes,” Kartheiser said, after I mentioned those examples, “I do enjoy doing those scenes. It’s an opportunity for Pete, who keeps himself conservative in his movements, to have it all burst out of him. And I love the scene where he is jumping around. Matt Weiner came down to the set and did it for me exactly like that, and I thought, That looks awesome!”

“Can you fix things around the house? Or are you more like Pete Campbell, who has to stand there helpless while Don Draper fixes his kitchen sink?”

“I’m not exactly like Pete Campbell, but I am a man of smaller stature. I am not an alpha male. If something breaks in my house, sometimes I’ll fix it. But it takes me three days where it would take a normal man 25 minutes. So I’m used to calling up a regular man to do that kind of work. I’m OK with knowing it’s not my forte. But Peter Campbell isn’t at a place yet where he is comfortable relinquishing any part of his masculinity. I think that’s something he needs to come to terms with before he can be at peace with himself. But in that scene, where Don fixes the sink, Pete Campbell is actually smiling. He is the first one to be clapping. He’s actually not that emasculated by it. In that scene, he has come to terms with it.”

Kartheiser got his start as a child actor, first in his hometown of Minneapolis, where he played in the Children’s Theatre Company, and then in such films as The Indian in the Cupboard (1995).

“I started making pretty good money in my teen years. A couple years I made six figures. But I was still at home, and the money was used to continue my craft, flying back and forth to auditions, and hiring coaches, and going to acting school. I put the money back into the business.

“I don’t think I’m a great actor, by any means. I don’t think I’m particularly unique in what I do. I’m not tall or handsome or any of those things. But I had an opportunity to learn a craft when I was still in my formative years, and it has really made a difference for me. When I was going into big auditions when I was 14, 15, 16, the competition was much less intense. You’re not competing against people who have big names. If I had come out to L.A. at 24 instead of 15, who’s to say?”

“Does it teach you to be self-aware, to play someone like Pete Campbell? He does bad things but he doesn’t know he’s wrong.”

“There are a lot of situations where I’ve done things in my life and I realize, ‘That was not of high character, what I just did.’ I try to realize that it doesn’t make me a bad person or a useless person. Human beings are flawed, and we sin, and we make mistakes, and we do things that are terrible sometimes, and oftentimes things that are just not great. Not terrible, not great, but just selfish. So you realize that about yourself and you can do those things as a character and realize it doesn’t make the character bad. It just means he’s human.”

Do you try to make sure he appears villainous? Or are you Pete’s advocate?”

“I’m really doing my best by Pete Campbell. I don’t think Pete is going out with the intention of being a bad guy. He’s not an evil guy—he does evil acts. You might hate him, and that’s your right, but he’s not the guy with the cat on his lap planning world domination. The guy is loyal. He’s loyal to the agency and he’s loyal to Don. His principles might be lacking, and his morals, too, but he believes in the firm and he’s ready to die for it.”

“Pete Campbell’s diction is very distinctive. Is that something you worked on?”

“It’s something I planned. It’s something I wanted to do for the character. Matthew Weiner allowed me to do it—he trusted me with the voice and the mannerisms. I love the idea of him being a well-bred WASP who uses proper diction and articulation and is almost a stickler about it. It sets nicely against his sleaziness. He’s this very straight-backed and well-spoken man who, under the table, has no pants on and is kicking the guy next to him.”