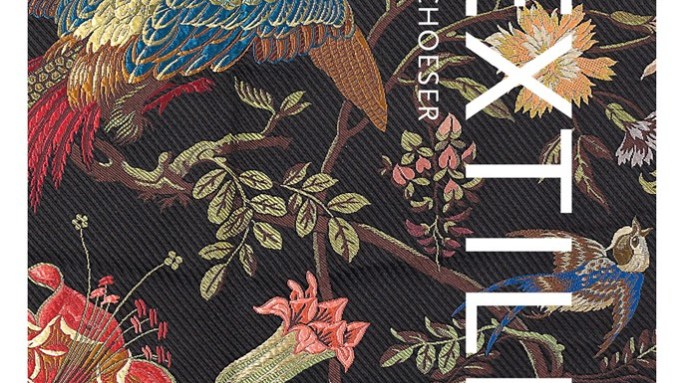 There’s an intriguing array of fresh fashion and photo books available at the moment, on subjects that range from the designs of Alexander McQueen to textiles through the ages.

• In “Textiles: The Art of Mankind” by Mary Schoeser (Thames & Hudson), more than 1,000 images of the materials created throughout human history make the argument that textiles are the most diverse and creative art forms in the world. Schoeser, honorary president of the U.K.’s The Textile Society, has advised the National Trust, Liberty of London and the Metropolitan Museum of Art about their collections.

• “Hollywood Unseen: Photographs from the John Kobal Foundation,” edited by Gareth Abbott, with a foreword by Joan Collins and an essay by Robert Dance (ACC Editions), features a variety of playful, often silly, publicity stills from the Golden Age of Hollywood at MGM, Columbia, Paramount, Universal, Warner Brothers, 20th Century Fox and RKO. There is everything from Greta Garbo riding a kneeling horse in 1926 to a Bing Crosby getting suspiciously close to a Paramount Pictures fitness trainer in 1934 to a bare-chested Ronald Reagan wearing a cap and cradling a pair of goats in 1954 and Gregory Peck showing Ava Gardner his pogo stick(!) in 1959.

• “Alexander McQueen: The Life and the Legacy” by Judith Watt, with a foreword by Daphne Guinness (Harper Design/HarperCollins), has an excellent format, describing individually in detail each of the designer’s collections, from his earliest London presentations to those in Paris for Givenchy and then in the City of Light for his own house. It also describes his East End upbringing, his relationship with his mother and his exacting apprenticeship at the Savile Row firm of Anderson & Sheppard.

• “The Perfect Gentleman: The Pursuit of Timeless Elegance and Style in London” by James Sherwood, with a foreword by Terence Stamp (Thames & Hudson), is aimed at fans of impeccable, traditional English gentlemen’s furnishings and requisites, offering as it does descriptions of Jermyn Street’s shirt and shoemakers, Bond Street’s stationers, goldsmiths and jewelers and St. James Street’s hatters and vintners. These are places where George Gordon, Lord Byron; the Duke of Windsor, and Fred Astaire shopped, and shoes are still made at John Lobb, while shirts are still cut at Hilditch & Key and jewels set at Garrard and Asprey.