Picture This: A Look at the Newest Photo Books

Curators, writers and photographers take a look at a range of topics, from Edwardian elegance to America’s first creators of stylish maternity clothes. 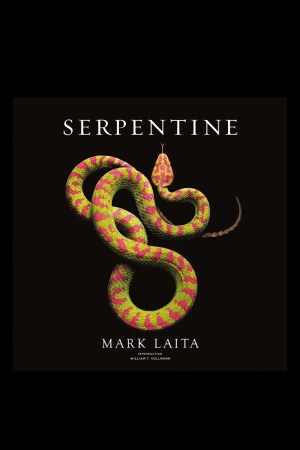 In new photo books, curators, writers and photographers take a look at a range of topics, from Edwardian elegance to America’s first creators of stylish maternity clothes.

• “Serpentine,” photographed by Mark Laita, with an introduction by William T. Vollmann (Abrams, New York/PQ Blackwell). Sssss…snakes — not in the grass, but on black seamless — that’s what’s on view in “Serpentine.” They’re all there: the king cobra, boa constrictor, Sri Lankan green pit viper, reticulated python, black mamba and coral snake, some in shades that almost leap off the page. Vollmann, a noted novelist, writes in his introduction about the variety of projections that Laita’s photographs of snakes bring to his mind. Quotations also define the book, among them Carl Jung’s statement, “We live in a time when there dawns upon us a realization that the people living on the other side of the mountain are not made up exclusively of red-headed devils responsible for all the evil on this side of the mountain.” It appears opposite a vivid Thai red bamboo ratsnake.

• “Liberace Extravaganza!” by Connie Furr Soloman and Jan Jewett with a forward by Michael Travis (Harper Design), creates a very different type of colorful spectacle. From the purple damask suit of tails in 1961 to the red, white and blue electric suit of 1970, which was fueled by nickel cadmium batteries, to the King Neptune Cape of 1983, with pink and coral beading in coral shapes and a high-rise collar, worn with a heavily beaded King Neptune suit, it was all about zany, more-more-more excess, and Liberace’s costumes lit up a room — often literally. The performer, a piano virtuoso who probably could have had a creditable classical concert career, was totally in on the joke, because he’d created it. Travis was Liberace’s chief costume designer, and the authors of the book — Soloman a costume designer and Jewett a costume maker — dwell lovingly on each detail of every outfit, and include a glossary, which covers terms for beads, fabrics, furs, feathers, paillettes and pearls. By the way, “Behind the Candelabra,” a biopic starring Michael Douglas as Liberace and Matt Damon as his lover Scott Thorson, will make its debut on HBO on May 26.

• “Edwardian Opulence: British Art at the Dawn of the Twentieth Century” (Yale Center for British Art/Yale University Press), edited by curators Angus Trumble and Andrea Wolk Rager. This is also a dramatic, rich-looking book, but the polar opposite of “Liberace Extravaganza!” in taste. Trumble and Rager have compiled a terrific survey of art, photographs and fashion of the time, with essays on such topics as history painting, religion in art and rural life in art and music. There are paintings and photographs, in particular, of society beauties; some early color pictures that could only be viewed through an Autochrome viewer at the time; pictures of early cars; images of sculptures, and illustrations of the era. The book is a companion to a show of the same name at the Yale Center for British Art in New Haven, which is on now through June 2nd.

• “Textiles of the Islamic World,” by John Gillow (Thames & Hudson). Color plays a role in this book too, which examines the textiles and motifs of Islamic countries, and it is divided into geographic areas, from Turkey to Algeria to Saudi Arabia. Gillow is a textile dealer who has spent his life buying and selling fabrics and costumes from across these lands. Images range from surprisingly evocative vintage postcards of men and women in traditional dress to photographs of fabrics, rugs and garments shown on white seamless, and shots of weavers at work. The text is very well-informed, replete with such surprising observations as “Fez must be one of the very few extant examples of a city with a fully functioning medieval economy. Saddlers, cobblers, leather-dyers, brass- and copper-founders jostle with weavers and dyers of silk, cotton and wool.”

• “Dressing Modern Maternity: The Frankfurt Sisters of Dallas and the Page Boy Label,” by Kay Goldman (Texas Tech University Press). Page Boy Maternity Clothing is an important name in the history of this type of fashion, and the story of the business is intriguing; it was founded by three Jewish sisters, Edna, Elsie and Louise Frankfurt. The book won Goldman the Rodenberger Prize, given biennially for the best manuscript on or by a woman whose writing illuminates Texas history. The origin myth of the Page Boy business consists of Elsie saying to Edna, when she saw her walking up the steps to their family house, pregnant with her second child, “You look like a beach ball in an unmade bed.” Edna’s response: “I suppose you could do better.” Her sister set out to prove it. Smart maternity clothes simply didn’t exist then, and before long the two had opened a shop, then patented the design that Elsie had created for a maternity suit, with an adjustable skirt that featured a front cutout, loops and tapes. Louise joined them later. The early sketches and photos of their designs are full of charm, and everyone from actresses Margaret Sullavan, Florence Henderson, Loretta Young and Elizabeth Taylor to Jackie Kennedy in the White House years wore Page Boy.

• “The Glory of Byzantium and Early Christendom,” by Antony Eastmond (Phaidon). The vivid patterns and motifs of the Byzantine world (the continuation of the Roman Empire after the fall of Rome), and the range of the art and architecture, are remarkable. Examples include the cover of a medieval manuscript, worked in sardonyx and gold, which shows Emperor Constantine and his immediate family together, probably circa 318-323; a Silenus and Maenad dish, found in western Siberia, made between 613 and 631 and showing the persistence of the Greco-Roman-influenced naturalistic style; a chancel screen with peacocks from the Cathedral of Santa Maria Assunta, Torcello, Italy, circa 1100, and a painting, “Moses Crossing the Red Sea,” from the Armenian Ritual, 1266. Eastmond, who is a reader at London’s Courtauld Institute, makes a point of showing a variety of Byzantine artifacts and buildings, including secular ones and churches and objects that came into focus in the West after the fall of the Soviet Union in 1989.

• “Fashion Scandinavia,” by Dorothea Gundtoft (Thames & Hudson). Scandinavian fashion designers — the 50 here come from Iceland, Finland, Norway, Sweden and Denmark — have in common minimalism and simplicity, an interest in sustainable processes and first-rate fabrics and materials. Gundtoft is a writer and fashion stylist who has worked for Vogue Italia, Dazed & Confused and V magazine, and the designers and houses here range from Finnish stalwart Marimekko to newcomers such as Danish Louise Sigvardt and Swedish Maria Nordstrom.

• “YSL: Pret-a-Porter Coloring, Activity, and Inspiration Book” (Abrams Image). That’s right — it’s an Yves Saint Laurent coloring book, a wonderfully imaginative notion. The pages of original Yves Saint Laurent sketches from the Sixties and Seventies are ideal for budding fashion mavens. On a page of summer 1968 sketches, for instance, instructions say, “Get to it! Copy the fabric prints that go with each model and add your own sense of style by incorporating new colors into the outfits.” A blank page reads: “Carte blanche to a budding artist! Express your creativity by covering this page with flowers or whatever you please!”