The artist is presenting a performance crawl through the West Village on Saturday with Public Art Fund, followed by exhibitions this fall at MoMA and the Whitney Museum.

Courtesy of the artist and Mitchell-Innes & Nash, New York

“I don’t know if you’ve ever crawled in New York, but being that low to the ground, you experience all kinds of things,” says Pope.L. And he would know — the 64-year-old performance artist has decades of experience crawling at this point. For his latest piece, “Conquest,” the Newark native recruited some 140 strangers from various boroughs, walks of life, ages, and abilities to crawl, in a relay format, the 25 city blocks from the Corporal John A. Seravalli Playground in the West Village to Union Square.

It’s part of a trio of complementary exhibitions of the artist’s work shown in New York this fall, collectively titled “Instigation, Aspiration, Perspiration” and organized by Public Art Fund, MoMA and the Whitney Museum.

“I’m interested in creativity. How do people do this thing that we do — create stuff — no matter what it is,” he says. “All three [exhibitions] have to do with this structure of making things happen.”

Pope.L kicks off the triptych on Saturday, Sept. 21 with the West Village crawl, presented by Public Art Fund. Volunteer crawlers will have five hours to make it from start to finish. While he’s crawled plenty of routes by himself, including “The Great White Way, 22 miles, 9 years, 1 street” during the Aughts, in which he crawled dressed in a Superman outfit with a skateboard strapped to his back, his role in “Conquest” will be more as a mentor. The performance will highlight the power (and struggle) of community.

“I’ve been doing group crawls for 20 years now,” says Pope.L, whose original idea to start crawling through the city dates back to the Seventies, when the financial crisis in New York left many impoverished. “There were tons of people much more visibly on the street. And my image was that all these people were not pieces of shit — that they belonged and had families and had histories,” he adds. “What if all of these people, en masse, began to move as one? That was my image. But at the time, I could only convince one person to do it, and that was myself, so you do what you have to do. I figure if I crawl long enough, I’ll get company. And that’s where we are now. I continue to crawl.”

“Member,” featuring the artist’s videos, object, and installations, will open at MoMA on Oct. 21, and the Whitney will debut a new commissioned installation, “Choir,” on Oct. 10. 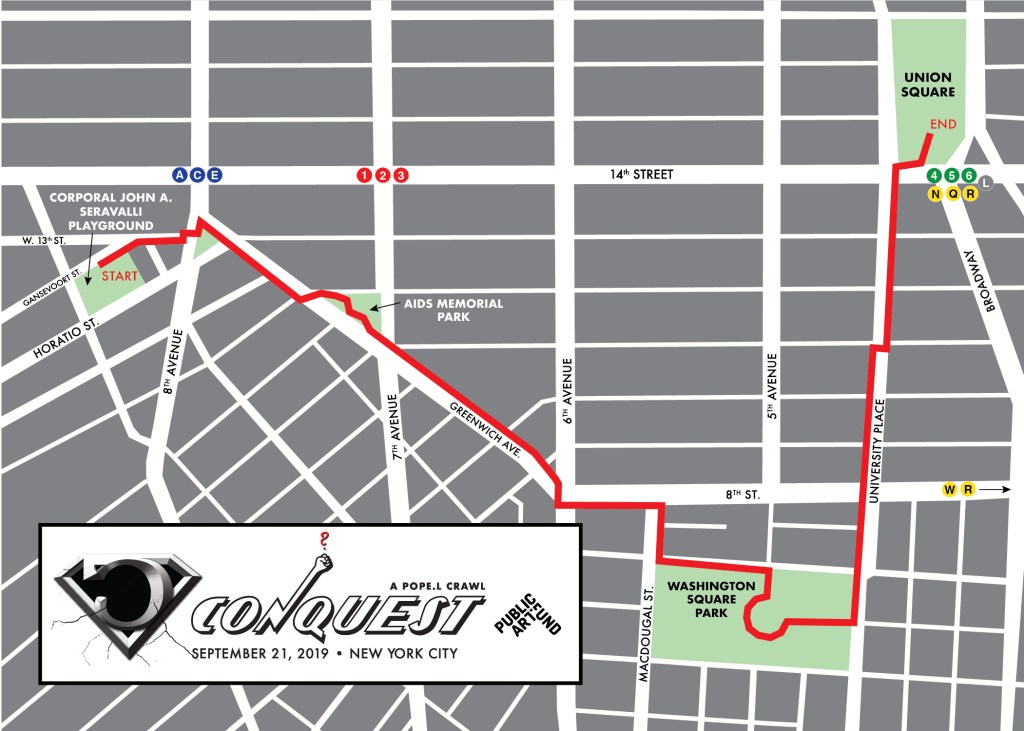 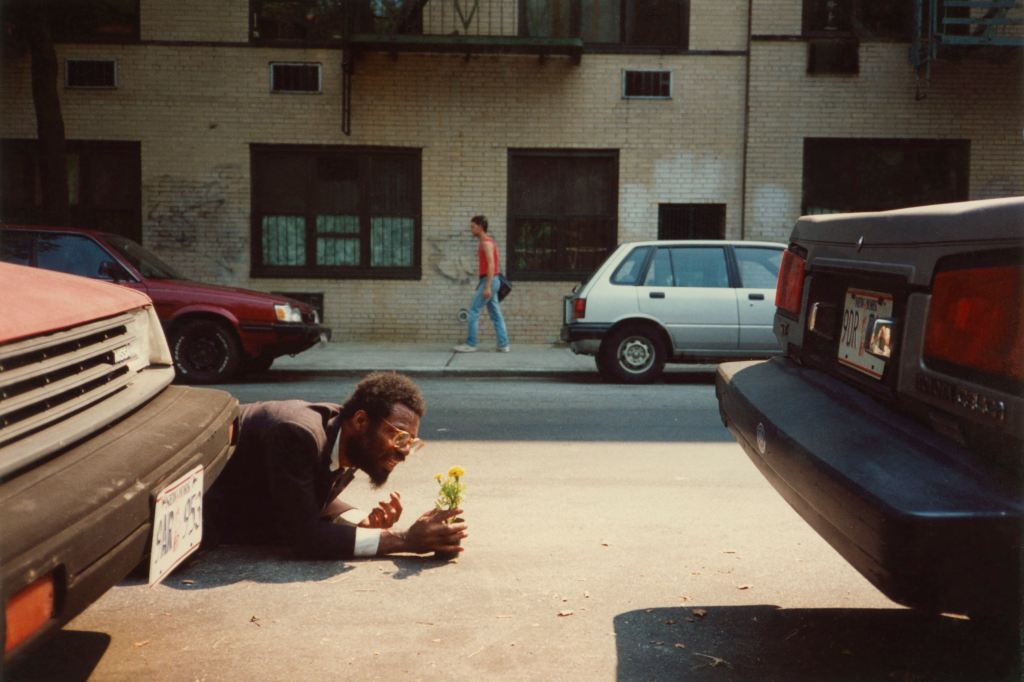 More Art Coverage From the Eye:

Luca Missoni to Unveil Photo Book About the Moon