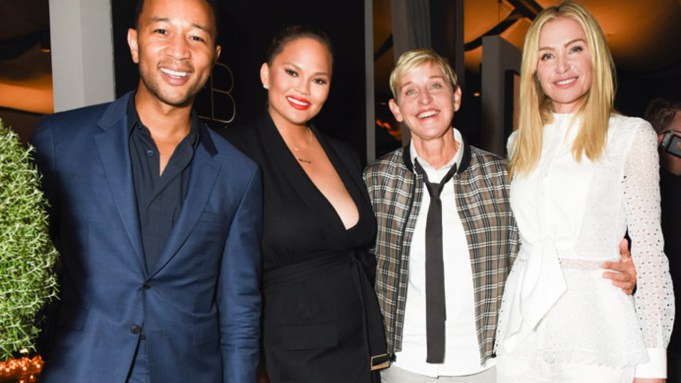 Actress and artist Portia de Rossi is embarking on a new venture, as founder and chief executive officer of art publishing and curation company General Public that uses 3-D technology to create exacting reproductions of original works, including the texture and brushwork of paintings.

The Synograph technology, like a photograph, allows artists to create multiple reproductions, hence making them available to the “general public.” Founded on the principle of supporting artists, General Public provides a royalty to the artist from each Synograph sold. Reproductions, as dictated by the artist, are offered as open or limited editions, with prices of a framed Synograph ranging from $500 to $3,000.

Said de Rossi, “I created General Public because I wanted to bridge the gap between the decorative and the fine-art market. Although many folks have an appreciation of art and would like to own good works by good artists, not everyone wants to learn about the art market or they find collecting — and the galleries — intimidating. We developed a print, called a Synograph, that is an almost identical reproduction of the original painting, complete with texture. The Synograph provides folks with an alternative to collecting paintings and the flat posterlike print. This proprietary technology and our professional curation is how we bridge the gap.”

As far as how the artists are chosen, de Rossi said, “We work with art advisers and educated painters who select works based on an artist’s technical proficiency and uniqueness. After examining several examples of their work, we choose artists that we love, admire and want to share. Artists submit work to General Public from the around the world and are all very unique. The one thing they have in common is that they tend to be bold, defiant and excited that technology has finally allowed them to share their work the way they painted it.”

This month, General Public celebrated its first retail partnership with RH (the new moniker for lifestyle retailer Restoration Hardware), an exclusive collection of nearly four dozen contemporary works featuring painters Koen Lybaert, Paul van Rij, Kali Sanders and Sweatman. De Rossi said she knew from the get-go that she wanted to partner with RH. “Knowing that he is a true visionary, I approached [RH chairman and chief executive officer] Gary Friedman early on to share with him my excitement about what we were creating, hoping that he would see my vision. He saw it immediately, and RH has been an incredible partner for us ever since.”

She continued, “RH is a lifestyle, not just a place to buy furniture. RH shows you how to live well and comfortably. And I love the clean and timeless aesthetic. Plus, the generally neutral palette is a great backdrop to showcase great art.”

Said Friedman, “Portia and the General Public team have created the first platform to truly amplify the artist, enabling their work to inspire exponentially more people on our planet.” The works retail on RH.com and through RH galleries nationwide and in Canada.