The photographic volume is essentially a visual compendium on Generation Y, sourced from —where else — the blogosphere. 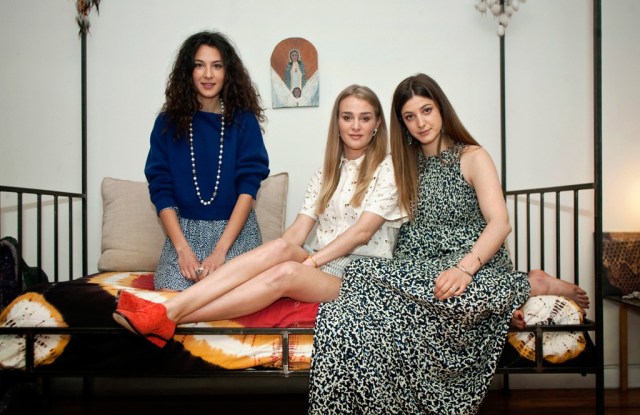 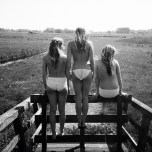 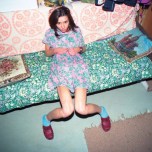 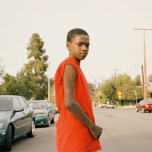 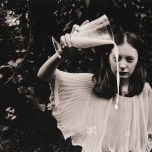 It’s a recent damp afternoon and Elizabeth Gilpin, Carolina Cavalli and Tatiana de Pahlen are begging Teresa Missoni to crawl into bed with them. “I just got off a plane,” Missoni shakes her head firmly, waving her hands emphatically. “No.”

The clique of girls — styled and made up, thanks to Missoni — are splayed across a daybed, having just wrapped up a photo shoot. They are trying to coax Missoni over to get in an iPhone shot, to memorialize the moment on Instagram.

“Oh come on. It’s just a fun one,” Gilpin pleads. Her dainty frame is swathed in Stella McCartney. Genevieve Jones safety pin earrings peer through her mess of beach blonde. A pair of burnt orange Jimmy Choo skimmers dangle from her legs, kicked up over de Pahlen’s lap. “Pleeeeease.”

It’s not happening. The group, sans Missoni, hold into their poses — lots of bunny ears, tongues out and peace signs. The room is momentarily silent aside from the thumping rain and a handful of faux-clicks emanating from the iPhone.

The trio are three-quarters of FastForward, a company who’s first project, a photographic volume titled “Youth,” is being released in the U.S. today. Hence, the shoot. FastForward’s fourth member, de Pahlen’s sister Sofia, is in the middle of finals in London (she’s getting her masters in marketing).

FastForward is officially termed a “collective,” a maddeningly obscure moniker.

“Art direction,” de Pahlen clarifies when asked what exactly that means. It’s the night prior to the shoot. The women are dining outside Gemma in NoHo. The tabletop is littered with half-enjoyed beverages and plates of calamari. “Curating for shows, books and other mediums.”

It all started two summers ago when the foursome lived together in the Kreuzberg section of Berlin. “Our apartment became a hub of young creatives constantly visiting and working from there,” Gilpin says. “We had a spare room and coffee ready at any time of day.”

Gilpin and Tatiana de Pahlen had been friends for years at that point. “We met at this summer camp in Utah when we were both 14. We were these really awkward little teenagers,” Gilpin giggles. For de Pahlen and Cavalli, the story is more typical: They were in similar circles that eventually enmeshed. “We met in Paris,” Cavalli recalls. “We were at the same dinner years ago but we didn’t speak to each other. Afterwards, we shared a cab home and we clicked.” De Pahlen introduced Cavalli to her sister and the foursome decided to bunk up.

Their apartment became a scene-y spot pretty quickly, with aspiring painters, grubby bands, self-described poets and art-world progenies often swinging through. Many late-night, pseudo-intellectual musings over cigarettes were had.

“It was like the East Village of Berlin,” Gilpin says, swiveling her sauvignon blanc. “And I think one night at 5 a.m., with like no sleep, someone said, ‘We should do a book with everyone.’”

The book is essentially a visual compendium on Generation Y, sourced from —where else — the blogosphere. “It was a bit of a nerdy, geeky thing,” de Pahlen says of the process. The project took just under two years to come to fruition. They spent the first four months scouring the Internet, mining it for unearthed talent. “We wanted to find unknowns and emerging artists. Just people we found on little art blogs.”

They winnowed it down to 16 young (ages 22 to 28) photographers from all over the world: Russia, Germany, Amsterdam, London, Minnesota, etc. “We really made a point of that. We wanted to capture what youth is right now, globally. Africa is missing though,” de Pahlen says ruefully.

The visuals themselves are of a decidedly hipster sensibility: an image of a skinny, seminude girl with pink ombréd locks standing in a pastoral field; a shot of male model Marcel Castenmiller against a chain-link fence, a string of Christmas lights festooned through it and a rain-soaked, oversize American flag draped over his shoulders; black-and-whites of teens in flannels, flat-brims and beanies skateboarding through Chinatown. “It’s very much a hipster aesthetic, very downtown,” Gilpin says. “I mean, that’s what youth culture is right now.”

“We didn’t seek out that aesthetic but that’s what we were finding everywhere: from the middle of America to all over Europe,” Cavalli adds.

So what does the trio think this generational fixation with Instagram/Twitter/Facebook has done to Millennials? “We’re all very linked but very apart at the same time. We connect but it’s in this superficial way that’s masked as intimacy,” Cavalli says of her age group.

“That’s what’s superrepresentative of our generation. I can look at everyone I see out in New York and know their whole life because of Instagram but I don’t know them. I never speak to them,” Gilpin says. “Our generation spends so much energy into perfecting their online persona and presenting themselves as they want the world to perceive them. I mean, people go out to certain places just to Instagram it. And now people Photoshop and filter and buy followers. It’s crazy.”

“I don’t even have an Instagram,” de Pahlen shrugs.

A selection of the book’s photographs was shown at Milan’s Le Dictateur in March in an exhibition hosted by Lapo Elkann — Elkann is Tatiana and Sofia’s older brother. “They’re young, creative and extremely entrepreneurial,” he says. “I’m looking forward to see what comes next.”

The show now has moved to New York, opening at Bill Powers’ Half Gallery tonight.

Of course, it will be feted properly. “All the artists [in the book] are flying in for it. We’ve only even met half of them. Everything was done over the Internet: sending contracts, all communication — I mean, Tatiana, Carolina and I all live in different cities so we worked over Skype. Every step of this process was done digitally,” Gilpin says. “The irony is that the final result is exactly what the Internet is killing: books.”