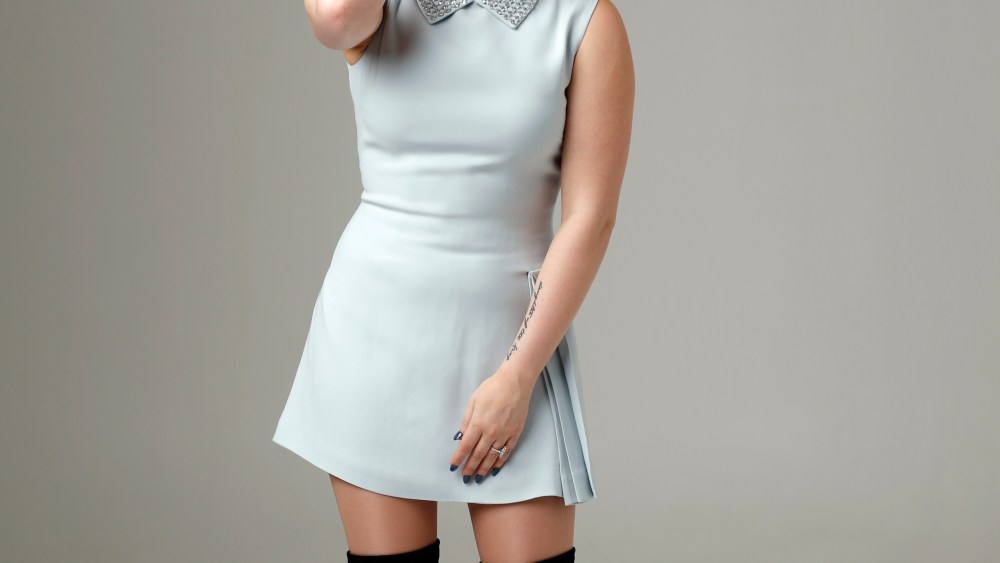 When you’re 22 years old, five years seems like a lifetime. And that’s the case with RaeLynn, a country music artist who got her start competing on “The Voice” in 2012.

“It feels like a different life,” said the petite blonde during a recent visit to New York. “But it opened so many doors.”

One of those doors was held open by “Voice” judge Blake Shelton, who “is like family to me,” she said. By choosing RaeLynn to be on his team, Shelton helped her find the “fire for music” that was buried deep within. “I didn’t win,” she said. “I came in third place on his team, but it ignited me to work even harder.”

So she moved to Nashville when she was 18 to write music every day and work to fulfill her dream of being a country artist.

But this Baytown, Tex., girl, who was born Racheal Lynn Woodward, knew it wasn’t going to be easy. She recalls a conversation she had with Adam Levine, another Voice coach, who shared his experience. “Artists don’t realize how hard it is to be successful,” she related. “And in this ‘Insta-fame’ world, no one wants to work that hard.” She took those words to heart and rolled up her sleeves. In 2012, she signed a record deal and was soon touring with Miranda Lambert.

Her debut single, “God Made Girls,” was released in 2014 and rose to the Billboard Hot Country Songs chart’s top 10, but her second single didn’t have the same success and she soon parted ways with her label.

Not to be deterred, RaeLynn continued to plug away and in June inked a deal with Warner Bros. Nashville.

Her first single with her new label is generating buzz inside and outside of Nashville. Titled “Love Triangle,” the song tells the story of a child who is torn between her divorced parents. The story is autobiographical for RaeLynn, whose parents split when she was young. “I really wear my heart on my sleeve in this song,” she said. “There’s a lyric about having a little white suitcase. I remember waiting on the front step for my dad, with a little white suitcase that had Minnie Mouse on it.”

The video too is “beautifully heartbreaking,” she said, showing the child literally torn between both parents.

RaeLynn wrote the song when she was 18 and never really thought of it as a potential single. But when she started performed it in public, it struck a chord. “There are a lot of songs about divorce in country music, but none from the child’s perspective,” she said.

“Over 51 percent of marriages end in divorce,” RaeLynn added. “So many of my fans went through this, too. I hear stories from them everyday.”

“Love Triangle,” was named by Rolling Stone Country as one of its 25 Best Country Songs of 2016. And Pandora selected her as one of its 2017 Artists to Watch.

The success of the single will undoubtedly help sales of her first full-length album, “Wildhorse,” which will be released in the spring. She had a hand in writing all but one of the 12 tracks on the album, including “Diamonds,” a song she penned for her new husband, Josh Davis, a former minor league baseball pitcher.

“I’ve known Josh since I was 18. We dated, then broke up, then got back together,” she said. “You know they say when loves comes back around, it’s meant to be. But I always tell him, if we hadn’t broken up, I wouldn’t have any heartbreak songs.”

Although songwriting is a passion, RaeLynn said she especially likes performing. “That’s my favorite,” she said. “Watching fans react to music you’ve created is so special. You never forget that.”

RaeLynn will be able to experience that again firsthand starting Feb. 16 when she rejoins Blake Shelton on his Doing It to Country Songs tour that kicks off in Bakersfield, Calif. They had toured together in 2016 as well. “Blake really loves his contestants,” she said.

When she’s not on the road, the singer keeps busy with her other passion project, serving as a patient ambassador for Novo Nordisk. RaeLynn was diagnosed with Type 1 diabetes at age 12 and recently switched from shots to an insulin pump, which she wears around her waist.

“The pump tells me my sugar levels 24/7,” she said. “The shots had been difficult because as a music artist, you’re always getting up at different times and in different places, so it’s hard.”

But the pump is also visible underneath her clothes, prompting a few changes in her wardrobe choices. “It’s a difficult thing to figure out what to wear,” she said. The pump requires that it be clipped onto her underwear and is connected by a tube to a patch on the skin. “Victoria’s Secret underwear doesn’t hold a pump,” she said with a laugh, “so I wear boy shorts or borrow my husband’s boxers.”

On top of those boxers, she’s become partial to designer togs. During her visit to New York, she donned a short, tight-fitting baby blue Dior outfit that she swapped for a red laser-cut lace number from Alice + Olivia. But her all-time favorite designer is Betsy Johnson, who plays into her affection for flirty, feminine looks.

“I loved Betsey Johnson growing up and I don’t mind wearing some Dior,” she said, “but I’m from Baytown, Tex., so I also love Target clothes.”