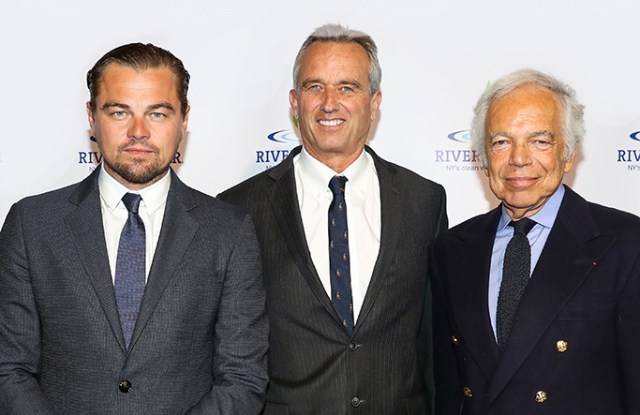 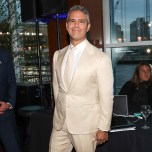 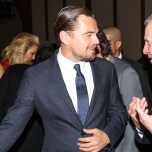 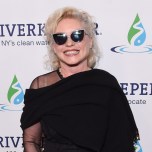 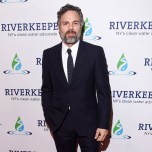 For the Riverkeeper’s 50th annual Fisherman’s Ball, the organization hooked itself some Big Fish. Ralph Lauren and Leonardo DiCaprio were the marquis honorees at the event held at Pier Sixty in New York, while Robert De Niro was the evening’s Hudson Hero, and Dr. Howard A. Rubin was the Big Fish Emeritus. Andy Cohen hosted and Sting practically left his fellow stars in his wake after his show-stopping acoustic performance of two hits (“Message in a Bottle” and “Every Breath You Take”) and “The River,” which he chose because he was asked to keep it relevant.

Dedicated to keeping the Hudson River’s water safe, swimmable and drinkable, Riverkeeper’s cause, as well as the clout and fervent advocacy of a Kennedy — Robert F. Kennedy Jr. is the organization’s chief prosecuting attorney — has baited Big Fish in the past. Bill Clinton, a former Big Fish, filmed a video segment for Wednesday’s festivities; Jeff Koons, last year’s recipient, was also in the house, along with John McEnroe and Mark Ruffalo. But 50 years called for something splashy.

Lauren had flown in earlier in the day from London, where he opened The Ralph Lauren Centre for Breast Cancer Research on Tuesday. If he was tired, it didn’t show. “My inspiration, my excitement is Bobby,” said Lauren, acknowledging Kennedy’s spirit and dedication to Riverkeeper. He can also appreciate how remarkable a 50th anniversary is, particularly in New York.

“I’m a New Yorker. I was born here. I was married here. I raised my children here,” said Lauren, whose wife Ricky, son David and daughter-in-law Lauren Bush Lauren also attended, along with Ralph Lauren chief executive officer Stefan Larsson and Valérie Hermann. “And almost 50 years ago I started my company here. The Hudson is my river. It’s our river. And like many of us who grew up with it, I often take if for granted….Everything I’ve done in my life was inspired by people like [the Riverkeeper]. People like Bobby and the Waterkeeper, bold, unselfish and with an extraordinary vision. Next year our company, like Riverkeeper, celebrates its 50th anniversary. We have accomplished much to make our workplace and the products we create environmentally sound. We recognize that we have much more to do in our future and we’re committed to this endeavor.”

Who saw the Oscars? Kennedy did. “I’m so happy that you won that Oscar and gave that speech,” he said to DiCaprio. “I hope you win one every year.”

“I met Leo probably the first time 20 years ago, and I immediately fell in love with him — not for the reason most people do,” Kennedy said. “He understands that celebrity is currency. You can spend it down…saying good things. He can do it in places that none of the rest of us can go. He can go to Davos and talk about this. The oil companies are always welcome, but environmentalists aren’t. But Leonardo DiCaprio is.”

“Listening to Bobby speak for the first time, you quite literally feel as if you’re witnessing a war cry from ‘Braveheart’ as he propels in to the battlefield for Mother Earth,” DiCaprio said. “Indeed, he has inspired me to grow my own environmental foundation and join that crusade. And maybe some day I’ll be honored being thrown in jail as often as he has been.”

Since Big Fish are best served with big checkbooks, Lauren pledged $100,000 to Riverkeeper. Then DiCaprio promised to match it through a grant from his Leonardo DiCaprio Foundation. “I’m basically just following in your footsteps,” he said to Lauren from the stage.