After working on the most prominent biopics in recent years — “Bohemian Rhapsody” and “Rocketman” — costume designer Julian Day took a break from Seventies fashion and landed decades earlier for a new screen adaptation of “Rebecca.”

Daphne du Maurier’s novel has inspired several screen adaptations, most notably Alfred Hitchcock’s 1940 film. But while Hitchcock is a tough act to beat, the latest “Rebecca” is not a remake — or at least the team behind the Netflix film is quite adamant that theirs is a new version.

“Hitchcock is incredible and one of the innovators of modern cinema, but what we wanted to do was go back to the original source material, and relook at the story,” says Day.

“It’s nice working with actors you’ve worked with before, because you do develop a shorthand,” says Day. “You get to understand what they like or dislike, and what makes them tick.” In the case of Hawes — who the British costumer worked with 20 years ago — he was able to go to her house for the fitting while she was working on another project; for James, he was able to pull things he thought she’d like ahead of time. 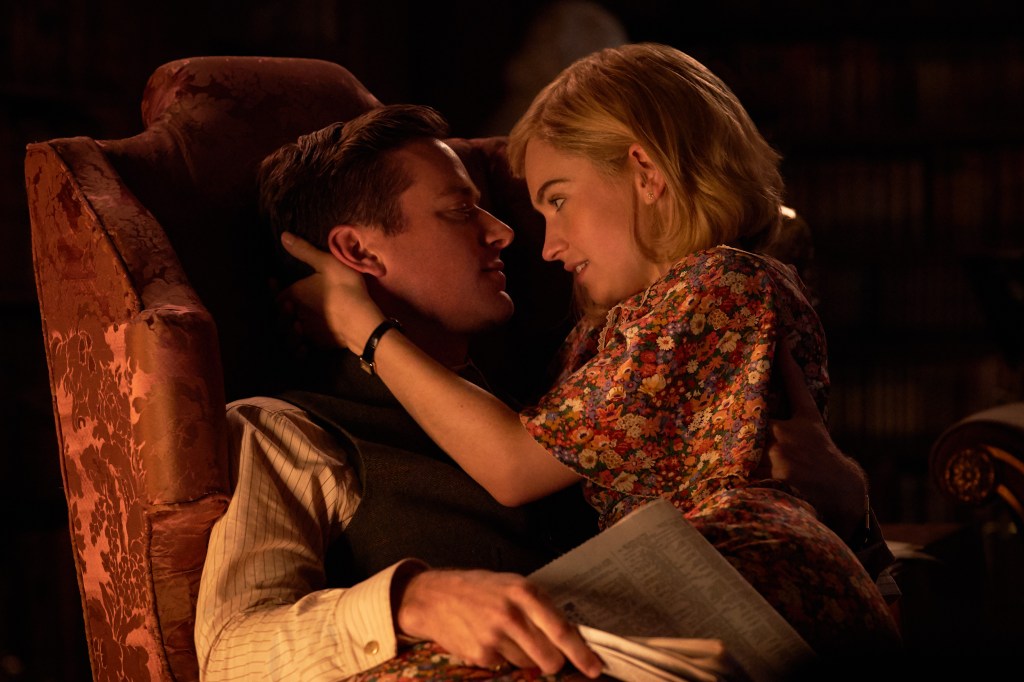 “[James] loves clothing and she’s very particular about clothes,” says Day of the film’s Mrs. de Winter. Day made much of James’ clothing for the film, using period clothing but adapting the pieces for James’ silhouette and a modern audience. “So [audiences] don’t feel separated from the film,” he says. “Anyone watching this film could ostensibly go out to the shops and buy the same things.”

Day’s approach to the film’s costumes reflect each character’s arc progression, rooted in approach to silhouette. Before marrying the widowed Maxim de Winter and moving into his family’s grand Manderley estate, James is a lady’s maid, dressed in old hand-me-downs.

“Her style develops with the blossoming of the love she has with Maxim, she takes on a romantic silhouette, a soft summer silhouette with delicate silks, cottons, lightweight sweaters, blowing palazzo pants,” says Day, adding that he looked to photography from the South of France during that era for fashion inspiration, as well as archival Liberty prints.

“And then Mrs. de Winter arrives at Manderley and takes on the silhouette of the original Rebecca, a hard edge, country style with tweeds,” adds Day. “The colors become more subdued and she becomes imbued in the gothic horror of Manderley.” 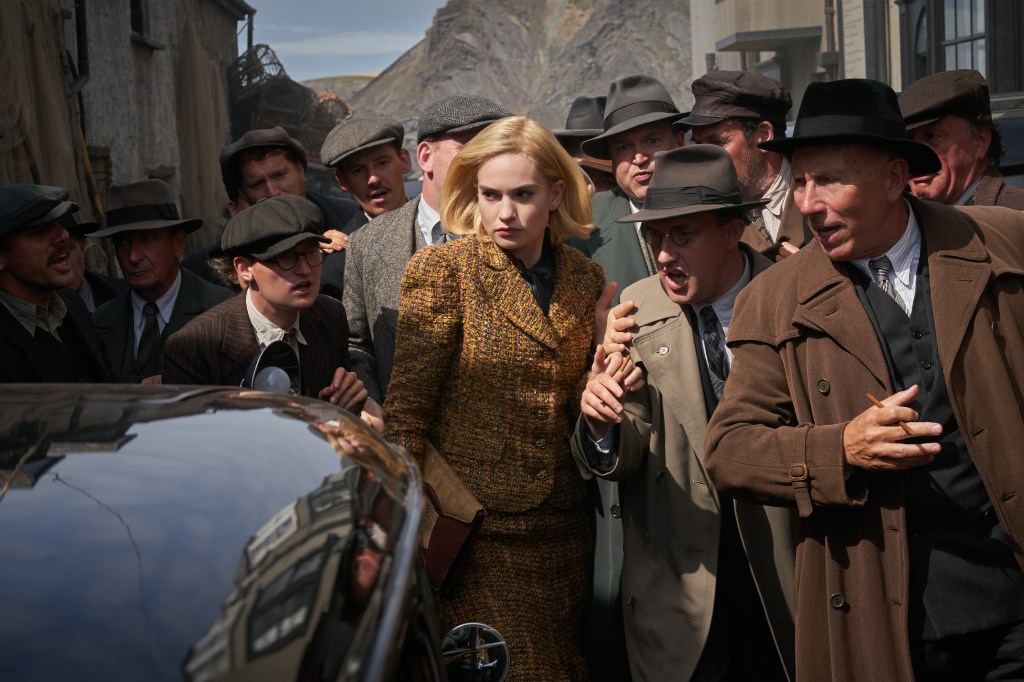 A still from “Rebecca.”  Courtesy of Netflix

Day created a few of James’ key looks in the film from scratch, including the red dress she wears to the first ball she hosts at Manderley, as well as the yellow suit she wears to Maxim’s trial toward the end.

“I wanted to build a suit that summed up her character at the end, and I found some original vintage Chanel fabric and remade a suit that worked well on Lily,” he says. “The suit is reminiscent of the suit that Maxim wears in the beginning, so the tables are turned. She was once this sort of frail delicate flower, she’s now blossomed into this strong dominant savior of Maxim.”

Day sourced much of the film’s costumes and accessories and fabrics from vintage shops in Paris and London; these stocked original clothing from the Thirties. He also visited costume houses in the U.K., and custom-made several looks. He describes the process as an amalgamation: He fitted around 19 suits on Thomas, picked what elements worked from each — a sleeve shape from one suit, a lapel from another — and created an original suit for her. 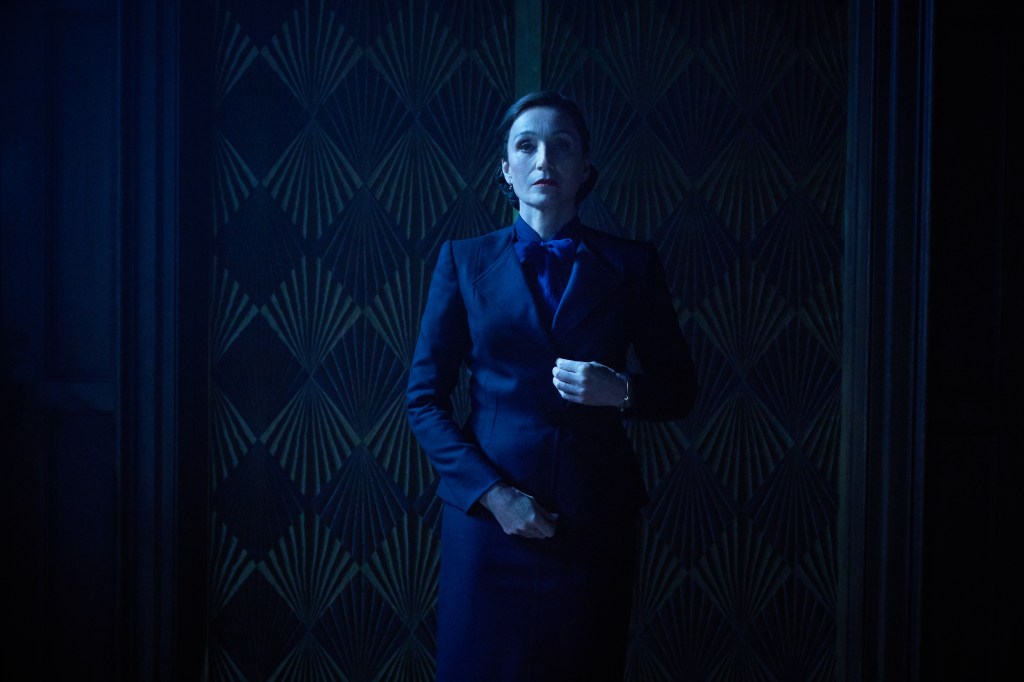 Day describes the sartorial progression of Thomas’ character, Mrs. Danvers, as a bruise. The colors of her blouses subtly progress from blue to maroon. “She becomes the living embodiment of Rebecca within the house, and the living manifestation of the ghost of Rebecca. She’s bruised by that loss,” says Day. “It’s a subtle thing.”

“Maxim represents the establishment, he’s part of the landed gentry of Britain,” says Day. At the beginning of the film, Hammer’s linen suits reflect the ease of summertime and being on holiday. “His arc was about being free and easy and getting sucked back into the Manderley itself,” says Day. “The minute he gets back into Manderley he changes from his summer suit and goes back into his tweeds and wool.” 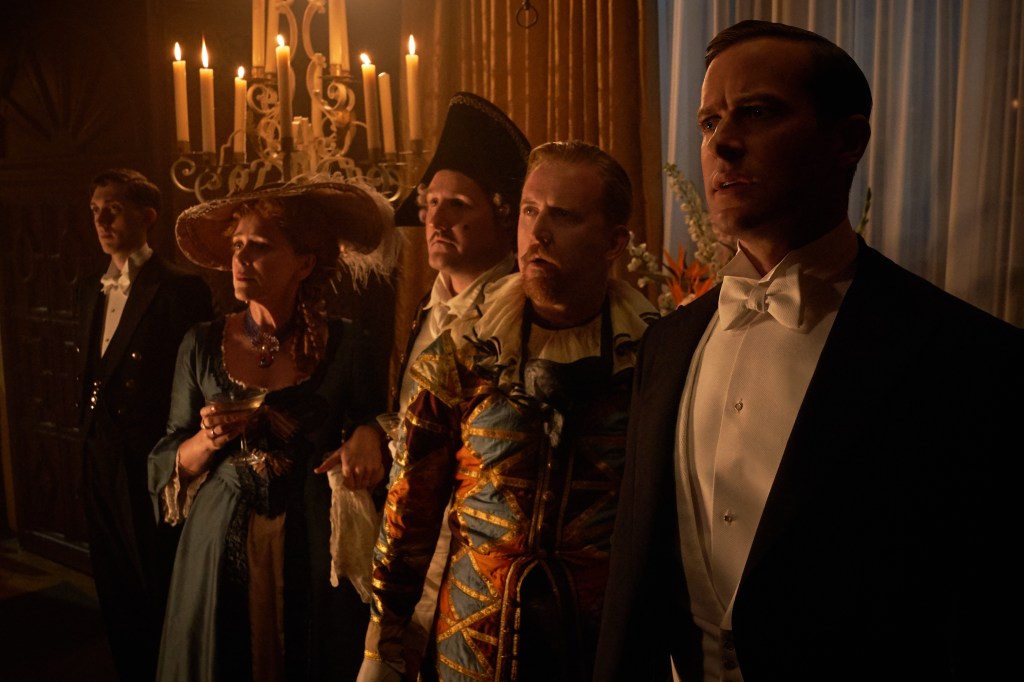 A still from “Rebecca.”  Courtesy of Kerry Brown / Netflix

Day took a more Hollywood approach to Riley, dressing him in separates like sports coats and driving coats and chinos. “He’s quite a cat in the film,” he says.

The costume designer recently started working on some new projects, although a few have gotten shelved due to the pandemic. His newest project, though, is one that promises to be different from almost anything else he’s done. He just can’t talk about it yet.

For what it’s worth, he’s linked to Wheatley’s next film — “Tomb Raider 2” — a sequel to the 2018 remake which stars Alicia Vikander and Thomas. 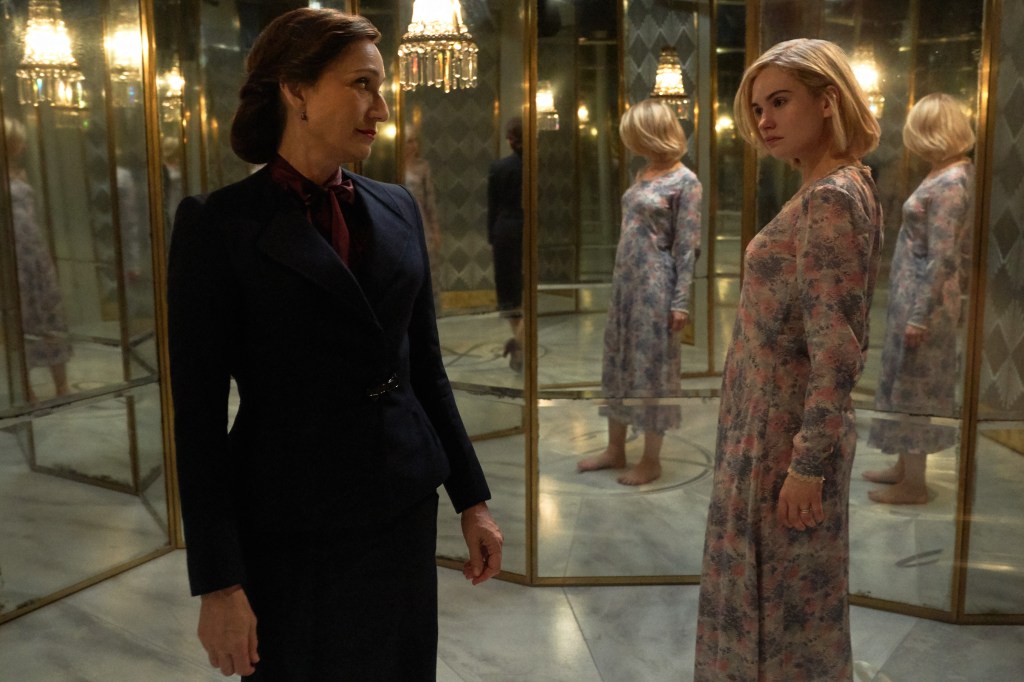