Rebelle is the new French eatery from Patrick Cappiello and Branden McRill, two-thirds of the wunderkind team behind NoLIta hot spot Pearl & Ash. 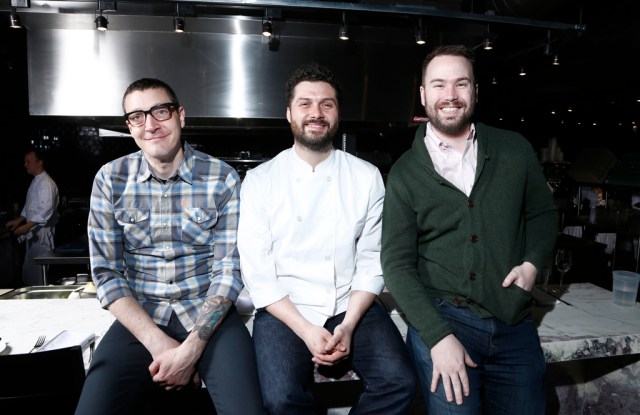 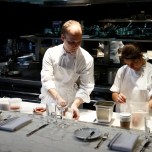 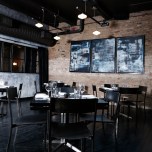 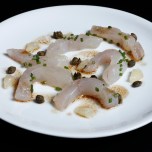 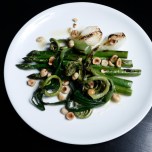 A rebellion is taking root downtown.

Opening down on the Bowery on Monday, Rebelle is the new French eatery from Patrick Cappiello and Branden McRill, two-thirds of the wunderkind team behind NoLIta hot spot Pearl & Ash. The pair are admitted Francophiles (Rebelle means “rebel” in French) and are using the restaurant to approach French cuisine with a quality it’s not exactly known for — accessibility.

“I’m a big lover of the Parisian food and wine scene, and we wanted to really replicate that here,” said Cappiello. “It was making a statement against the system,” he continued, explaining the movement of young diners in Paris to eschew dressy, stuffy dining rooms and instead embrace environments where the focus is on the meal, not the dress code. “In Paris, it was about fighting the Michelin system, and here, it’s about fighting the Midtown mentality.”

Cappiello and McRill headed over to the source — Paris — to find a chef for their new concept. Through a mutual friend they found their match in Daniel Eddy, a native New Yorker, who was camped out as chef de cuisine in the kitchen of the famed Spring and looking to jump ship back to New York. “You can’t really replicate Paris,” the chef said. “You have to take the philosophy and ideals of what exist there, and bring that back as your inspiration.”

As a result, the food at Rebelle is beautifully plated — abstract and sculptural — and will please even the most discerning palette, without the pretension that accompanies most French dishes. “You see the dish, and it is what it is,” Eddy noted, naming the elements of one particular dish — fluke, chives, capers, lemon — that was inspired by the classic French dish Dover sole meunière. But the simplicity is mostly superficial. “We take the bones of fluke and fry it in butter,” he further explained, a technique that most diners will taste but not see.

The wine and beverage program, headed up by Cappiello, holds equal weight to the food. “In New York, it’s always been that the wine and food are separate. The two very rarely come together as being one experience,” said Cappiello, a self-proclaimed wine guy. He looked to echo the restaurant’s Paris-New York ethos by exclusively featuring French and American wines. “We wanted to create the dichotomy between what’s happening in the U.S. and what’s happening in France.” The wine list encompasses natural, biodynamic wines crafted by young winemakers as well as classics at the higher end of the market, and spans traditional wine regions as well as quirkier wine states such as Arizona, New Mexico, and Idaho. “It’s sad to think that inclusion is rebellious, but in some ways it is,” Cappiello noted. “I think it’s exciting to rattle the cage a little bit.”

The team tapped design firm Home to help shape the decidedly deconstructed, pseudo-industrial vibe of the dining room, which was inspired by post-Impressionist French painters and the photography of Robert Polidori. The room features dark wooden tables contrasted against exposed brick walls and marble countertops — including one that stares out into the open kitchen, squarely underneath a skylight. “We wanted to fit in with downtown,” McRill remarked of the pared-down, raw space, a perfect complement to its sister spot Pearl & Ash next door. “It’s this juxtaposition of light and dark: industrial Bowery and northern Paris. I think it’s a sexy restaurant.”