With a winter crowd that hovers around 200, Sakonnet, R.I., is still a safe bet for a dash of solitude in the summer. 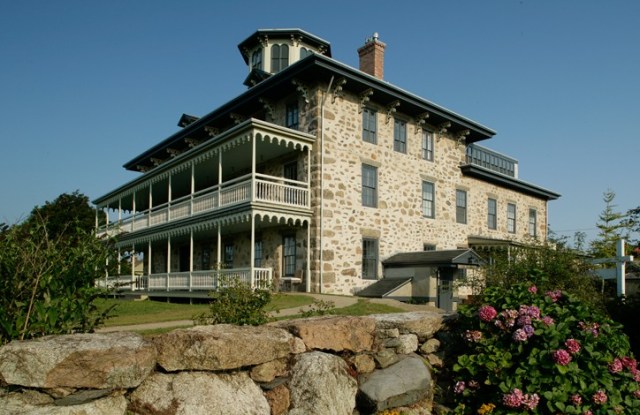 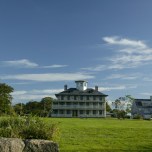 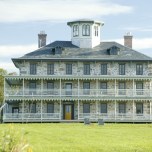 With a winter crowd that hovers around 200, Sakonnet, R.I., is still a safe bet for a dash of solitude in the summer.

Unlike nearby Newport, where the beach traffic, strolling tourists and inebriated college kids seem to intensify with each passing Memorial Day, Sakonnet remains a welcome leafy hamlet that is pretty much still a commercial free zone. Much like the more than century-old Sakonnet Point Light, a white-barrelled flag-bearing lighthouse, most passersby find it lovely to look at but can’t be bothered to actually go there. Such remoteness is treasured by the locals.

Sakonnet Point, the southernmost tip of this peninsula, is actually composed of two towns, Tiverton to the north and Little Compton to the south. Bumper stickers imprinted with “Let’s Keep Little Compton Little” first cropped up decades ago and year-rounders have been known to take down road signs in the warmer months to ward off out-of-towners. But that has not deterred day-trippers, especially cyclists who pedal past historic stone-walled farms and New England homes sandwiched between the Atlantic Ocean and the Sakonnet River. Unless a guest at The Stone House, where mountain bikes are now there for the asking, rentals are nonexistent. Built in 1854, this seaside resort has added daily yoga classes and portable wagons fully loaded with an ice cold cooler and other necessities for a day at the shore. Post-beach or spa, Stone House fans grab a bite at its 1854 (where Jacques Pépin popped in last summer) or the more low-key Pietra.

For those looking to venture off the property, Wilbour Woods is a shady retreat for a stroll with inspirational quotations from Lord Byron and other heavy thinkers to ponder. Sakonnet Vineyards, a 170-acre winery, provides a pit stop for 15,000 visitors annually. In honor of their 35th year in business, co-owners Earl and Susan Samson have rounded up Jasper White, Al Forno’s Johanne Killeen and George Germon, and a few other celebrity chefs to whip up an Elegant Luncheon on June 27.

From June through October, the considerably more understated Walker’s Roadside Stand is the go-to place for just-picked produce, homemade cookies and ruby red jams. The less calorie conscious can be found at Gray’s Ice Cream, an 80-year-old weathered-shingle shop at Tiverton Four Corners that is pretty much the closest Sakonnet is to any trace of nightlife. But the fact that Sakonnet is not unrecognizable from its 1682 beginnings is its main selling point this time of year.