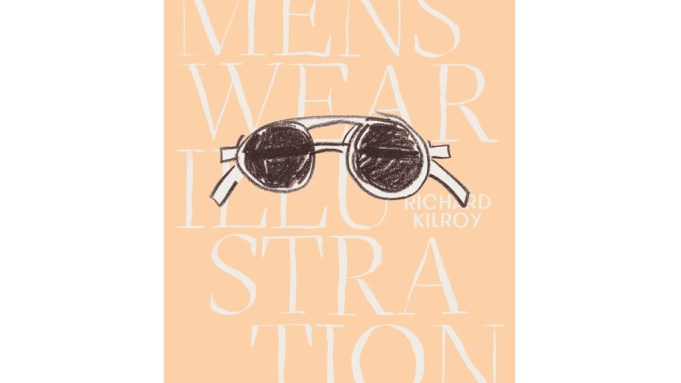 “I FOLLOW ILLUSTRATORS all the time; it wasn’t too difficult for me to get Richard Haines and Richard Gray, even Julie Verhoeven,” says London-based illustrator Richard Kilroy, author of “Menswear Illustration,” a new book from Thames & Hudson.

“There are a tiny number of designers who are also great illustrators. I discovered a few. Peter Turner I discovered through the last issue of A Magazine [Curated By]. Peter was working in-house for Dior. He just has a really beautiful series of works.”

The introduction to the book begins, “Men’s wear is having a moment.” The tome makes the point that, as sales of men’s wear have exploded, the use of men’s wear illustration has increased. The book focuses on 40 illustrators, including up-and-comers, some of whom are best-known for drawing men, and others who are better-known for their women. The drawings in the book range from beautifully photorealistic (Kilroy’s own style) to considerably more eccentric offerings, such as the attenuated drawings of creative director, designer and stylist Aitor Throup.

Kilroy’s first commission, he says, was from a U.K.-based magazine named Ponystep, which found him through the social Web site Myspace. “It was that classic story,” he recalls.  “I was always drawing from an early age on my own.” One of his inspirations was the late George Stavrinos, who had a lucrative exclusive contract with Bergdorf Goodman in the Eighties. In golden age Hollywood stars, Kilroy is drawn to James Dean and Marlon Brando.

He also mentions as an influence René Gruau,  who is best-known for his indelible images for Dior. An exhibition dedictated to Gruau’s work, he notes, was shown at the Embankment Galleries at Somerset House in London in 2010. In his own drawings, Kilroy says, he finds himself “fascinated by the musculature of the [men’s] hands and Adam’s apples. That’s what makes them masculine.

“I don’t do design work at all, I’m very illustration specific,”  he notes. He also publishes Decoy Magazine, a publication about fashion illustration, in addition to “[teaching] life drawing at the Royal College,” he says. “I’m trying to get them to get an original drawing style.”