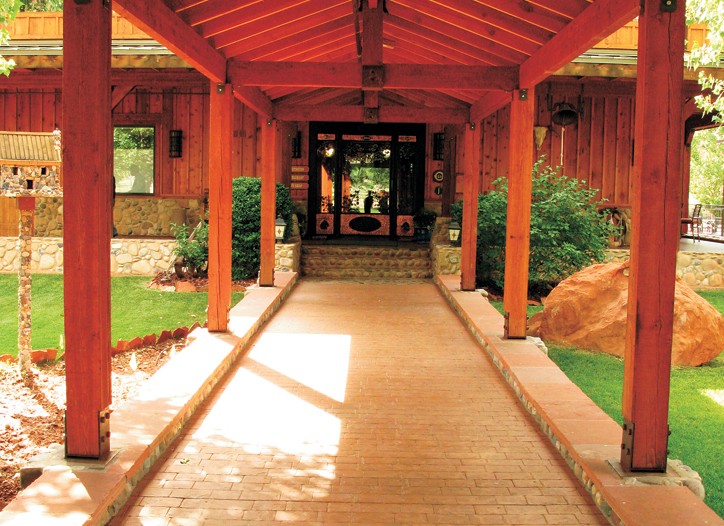 Nestled along the banks of the Colorado River, the Sorrel River Ranch Resort and Spa in Moab, Utah, recently played home to the crew of WWD Intimates’ magazine shoot (“Nomad’s Land”). A secluded retreat, flanked by the orange-shaded mountains of Arches National Park, the resort is a destination for those looking to escape the city (Salt Lake is
roughly four hours north by car) and adventure-seekers alike, with access to white-water rafting and horseback rides.

“For me, shooting fashion among the buttes and mesas was a dream realized,” says Kyle Ericksen, who photographed the three-day shoot. “The rocks reflect this gorgeous warm glow. I couldn’t create in a studio a more subtle, soft light.”

The resort is set on 160 acres, which changed hands several times since the land was homesteaded in 1903. Robert Levin, a member of the Sixties band People!, converted a portion of the land into a bed and breakfast in 1998. It was here that he filmed, much to the chagrin of locals, episodes of the late-night cable special “Hotel Erotica.”

In March, partners Bill Schoff and Elizabeth Radd took over the resort. They plan to expand the facilities from 55 guest rooms to include 12 single-family housing lots. The ranch offers late-night outdoor barbecues, massages and poolside lunches. Each August, music fans fl ock to Moab for its annual music festival, which has featured everything from the Argentinean tango to classical string quartets.