The veteran bartender crafted the cocktail menu for King & Canvas, a new lounge in TriBeCa. 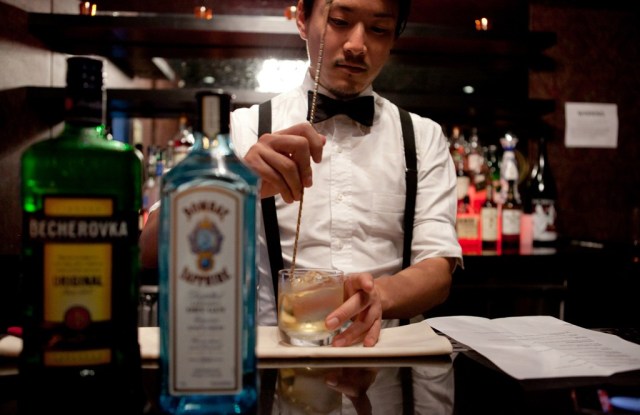 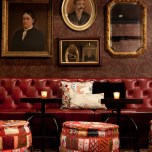 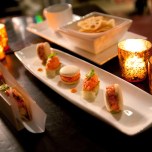 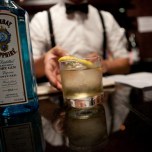 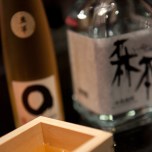 Shingo Gokan is particular. The other day he was at Tribeca Canvas, the recently opened eatery from Iron Chef Masaharu Morimoto that sits atop King & Canvas, the new lounge for which he has crafted the cocktail menu. It was clear a minor emergency was afoot: the proper ice wasn’t yet ready. Gokan only works with ice produced to his specification: blocks generated on-site using triple filtered water (one of the filtrations is through a bed of coconut husks) that he then sculpts away to create spherical ice balls. A few tense minutes and a collective sigh later, the crisis was averted. Gokan believes the quality and shape of the ice is as important as the liquid surrounding it. He’s fastidious but not without reason: he fully expects to be serving a clientele as discerning and discriminating as he is.

Though he’s persnickety, Gokan makes his needs known without the dyspeptic delivery that so often accompanies such demands. When asked why he’s insists on chipping his own ice, instead of bloviating on about artisanal ice, the soft-spoken Gokan explains, “[the drink] doesn’t taste as good with all the cubes.…It keeps the flavor undiluted. The dilution is always from the corner of the ice but because this ice doesn’t have any corners, the melting is very slow and it keeps the drink tasting good longer.”

“It’s like if you’re a photographer,” he continued, eyeing a baseball-size snowball of ice, sitting in a tumbler. “You don’t want to take a picture unless you have the right camera,” he says, fixated on the glass as he poured the precisely calibrated proportion of gin.

The 30-year-old has been behind the bar for 13 years since coming across a bartending job in his native Japan.

“At that time when I took the job, I didn’t have any sort of teacher or anyone showing me. I just started making different things by myself and learning,” he says. He moved to New York and rose up the ranks, eventually finding himself at Angels Share, an East Village watering hole with a near-cultish following of twentysomethings, where he oversaw the cocktail program.

Gokan may feel more at home in his new space given Chef Morimoto’s Japanese heritage. Gokan crafted the cocktail menu in that spirit with many drinks utilizing shochu and sake.

“Sake is like a cooking ingredient when you make Japanese food, like a kind of sauce,” he says, swilling a gold bar spoon in a mix of Morimoto’s own brand of Shochu and aged sake with mirin, and orange bitters to create The Morimoto, a cocktail served in a traditional sake box. “The sake box allows you to enjoy the aroma while you sip the drink,” he says. It takes Gokan four tries to find the right box, emitting the aroma the way he sees fit.

Other standout drinks include the Negroni D’Oro, a concoction of Bombay sapphire, becherovka, aodani umesu aged seven years and the Nardis, a bubbly combination of pear-infused Grey Goose, grapefruit, tonic and white truffle, a note that hits you on the nose as soon as you draw the flute to your lips.

Spirits are complemented by an assortment of small plates with a flavor profile steeped in Japanese classicalism — wasabi, teriyaki and dashi are rife throughout the menu — but given an emphasis in comfort food. Crowd-pleasers include hamachi tacos: yellowtail tartare, jalapeno, cilantro and a wasabi-infused guacamole folded into gyoza skins; topokki rice cakes imbued with sweet soy glaze and served with desiccated Korean nori seaweed, and steamed braised-lamb ragu buns topped with a yogurt raita and pickled daikon relish. Though Gokan may not be done trying to perfect the cocktail offerings.