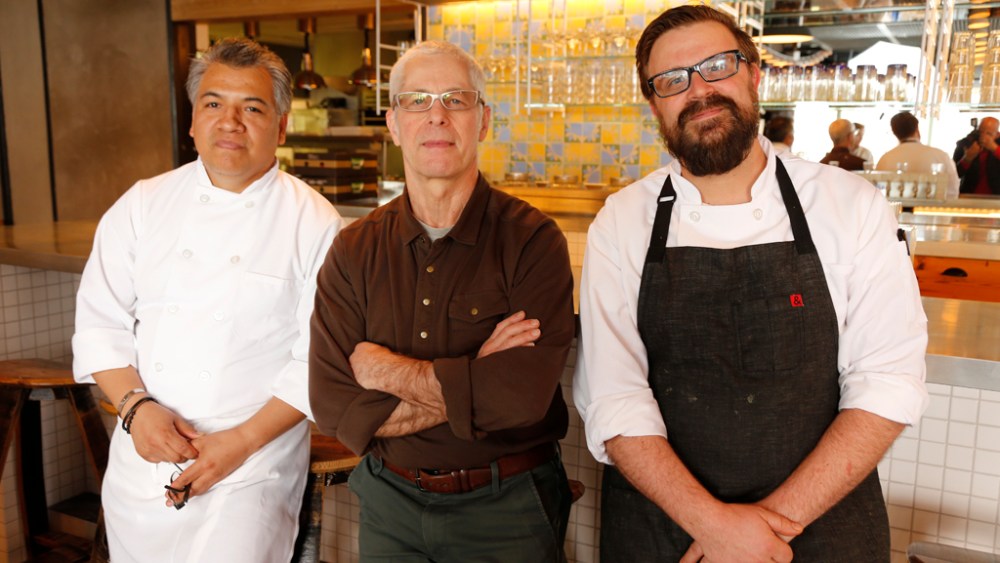 After years of traversing Mexico together, restaurateurs Marc Meyer and Vicki Freeman are finally bringing the country’s cuisine closer to home.

Opening on Friday in New York’s East Village, Rosie’s has set out to siphon the vibe of Mexico’s open markets and the myriad flavors from across the country into its menu. “The idea really was to create the feeling of a Mexican market without being literal,” Freeman said a few days before opening. “We didn’t want to do anything kitschy. There aren’t going to be any piñatas.”

What the restaurant does have is clay pots and good luck charms sourced from Mexico, as well as an open, airy dining room swathed in pastel green, yellow and blue tiles and wooden tables custom-made by Asfour Guzy Architects. The restaurant sits on a well-lit corner of Second Avenue, with floor-to-ceiling windows that can open directly onto the sidewalk. Meyer and Freeman also wanted to bring a part of back-of-house to the front-of-house, and plopped a “comal” station in the middle of the restaurant, around which guests can sit and watch chefs prepare small dishes. “I call it our version of a Mexican sushi bar,” Freeman remarks.

The authenticity of the space is reflective of the approach to the menu. “I think Mexican food hasn’t been as well-represented in New York as it could be. It’s much more vibrant and fresh,” notes Freeman who, along with Meyer — her husband and the restaurant’s executive chef — has spent years visiting and traveling around different regions of Mexico before the idea to open a spot in New York materialized. “When [Meyer] really felt he had something to offer is when we really started taking it seriously,” she says.

The eatery has set out to evade the stereotypical dishes and tricks of Americanized Mexican cuisine aka Tex-Mex. “I think there’s a very limited approach to Mexican food,” Meyer explains. “None of our ideas or the fact that we’d gone to Mexico was with a premeditated idea of subsequently opening a restaurant. There’s an intimacy and high regard for the country and cuisine that’s behind all of this, and that’s why we’re trying to approach the food in the way we are.”

The emphasis is on authentic regional dishes that incorporate ingredients sourced from small farmers in Mexico. Using this shorter supply chain, Rosie’s is able to get their hands on heirloom corn varieties, which they use to grind and make their own tortillas in-house, and numerous varieties of chiles. They even hope to eventually procure some more obscure items, such as terrestrial snails.

Whether or not diners will embrace their authentic take still remains to be seen, but Meyer and his team are optimistic about the concept. “I think the food is so flavorful and so interesting and so delicious, I think it’s going to be accepted and received,” he says. And in turn, Rosie’s also hopes to raise the bar for what diners expect from Mexican restaurants. “I think it is a world class cuisine. It’s a cuisine of the people,” Meyer says. “It’s region, it’s agriculture, it’s temperature, it’s varied cultures. You couldn’t understand it all in a lifetime.”