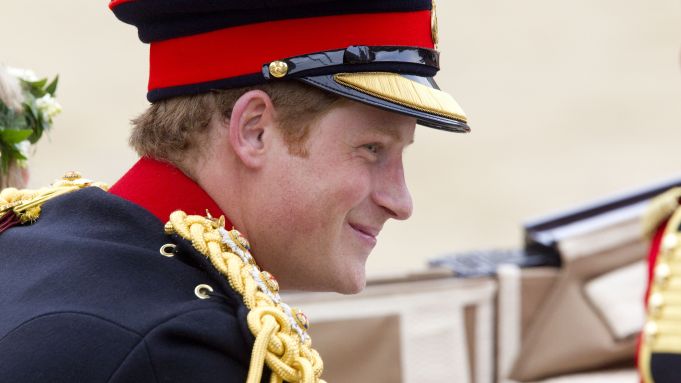 While speculation is mounting around Meghan Markle and what she’ll wear down the aisle on the big day, WWD is taking a look at royal groom Prince Harry, and how he might dress on May 19.

According to Joseph Waving, military manager at Savile Row tailor Gieves & Hawkes, Prince Harry will most certainly be wearing a uniform, but he doesn’t know which one it will be because the prince is a member of many different forces.

“He did actively serve in the Army Air Force, so it’s more likely to be that, but it’s difficult to tell,” said Waving. “For Prince William’s wedding he wore the Blues and Royals uniform, and that’s the ceremony uniform (rather than) day-to-day uniform that they wear while serving.”

Launched in 1771, Gieves & Hawkes has supplied the royal family with uniforms and formal attire for centuries. It was George III – the king to whom the Declaration of Independence was addressed in 1776 – who gave a royal warrant to Gieves, making the company an official supplier to the crown.

A former solider and now Captain General Royal Marines (an honorary role he inherited from his grandfather, Prince Philip), Prince Harry could wear that uniform for the ceremony.

He has others to choose from, including the one from his most senior military appointment as an army captain in the Household Cavalry’s Blue and Royals. He also has honorary Royal Air Force and Royal Navy uniforms as options.

Then there are the medals: Waving said they are the standard when wearing a uniform, and are markers of service, conduct and bravery in battle.

The prince was involved in two tours of Afghanistan and has received medals for service. “They’re all personal as to where they’ve served,” said Waving.

As for best man Prince William, it’s certain that he will come in his military regalia, while the other guests are a different story.

Waving said that as the invitation called for uniform, morning wear or lounge suit, he predicts that guests will opt for the lounge suit – or traditional tailored suit.

Meghan Markle: What Will She Wear?

A Numbers Game: Britain’s Royal Brand Is a Cash Machine