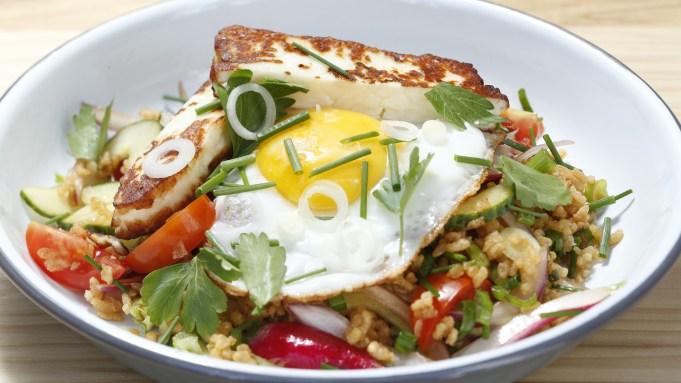 Ruby’s Café is bringing its Aussie vibe from down under uptown.

“Every neighborhood could use a Ruby’s, just because of everything from affordability to approachability to the vibe,” explained chef and co-owner Thomas Lim, from the airy dining room of the new location. “Lower Manhattan is so congested right now. It made sense, opportunity popped up, it’s a great part of town.” The team also saw a dearth of good dining options in their new neighborhood of Murray Hill. “It’s certainly a neighborhood that’s hugely lacking in decent, approachable food,” added co-owner Tim Sykes.

When Ruby’s Café originally opened in 2003, on Mulberry Street, it was filling another void in New York dining: Australian cuisine. “Ruby’s were the first Aussie pioneers in the New York hospitality industry,” says Sykes, who, like Lim, was brought over to work by Ruby’s co-owner and fellow Aussie expat Nick Mathers. That first location has since amassed a devoted neighborhood following and led a charge in Australian dining in the city. “You find a lot of those operators, at some point in their career, spent some time at Ruby’s, as an employee or just by eating there,” Sykes says of the restaurant’s peers. He attributes the uptick in Australian dining options to eased barriers over the past decade for Australians to obtain working papers and travel stateside. “Now we’re everywhere.”

The new outpost is replicating its tried-and-true downtown menu of “café cuisine,” with a few new dishes that, if they fare well, will be worked into the downtown menu. “Everything’s very light, and everything’s meant to be eaten at any given point in the day. It’s produce-driven, casual bistro food,” explained Lim.

The room’s design was inspired by Surry Hills, a booming hospitality center in Australia with a more industrial and urban feel. The dining space features copper metal details, as well as “touches of  beach culture” reflected through potted succulents that adorn all of the blond-wood tables and seaside foliage hand-painted onto the walls. A neon sign bearing the restaurant’s name and a glass garage door were elements carried over from downtown.

“We tried to keep it nice and open,” said Lim, pointing out the physical lack of separation between staff and customers. “It’s a more relaxed approach to hospitality.”

Relaxed: the Ruby’s team is hoping their approach will appeal to the young and perennially busy demographic of Murray Hill.

“It’s really about the vibe of the place,” Sykes summed up. “We create an atmosphere where it’s meant to be like you’re coming to your friend’s house for dinner or you’re just catching up with mates.”