The exhibition features more than 60 looks by the L.A. designer, who freed the body in feminist-leaning wool jersey sportswear, imbued his collections with political and social messages, and proposed unisex dressing as the future.

Rudi Gernreich with models wearing his designs in front of Watts Towers, 1965.

On the heels of the Met Gala’s anything-goes “camp” carpet, which highlighted gender fluidity and freedom of expression to the nth degree, an exhibition has opened in Los Angeles focusing on the social impact and inclusive aesthetic of Sixties-era designer Rudi Gernreich.

Now on view through Sept. 1 at the Skirball Cultural Center, “Fearless Fashion: Rudi Gernreich” fills the museum’s largest gallery with more than 60 looks by the late L.A. designer, a Viennese-born Jew who was ahead of his time in more ways than one, freeing the body in feminist-leaning wool jersey sportswear, imbuing his collections with political and social messages, and proposing unisex dressing as the future. 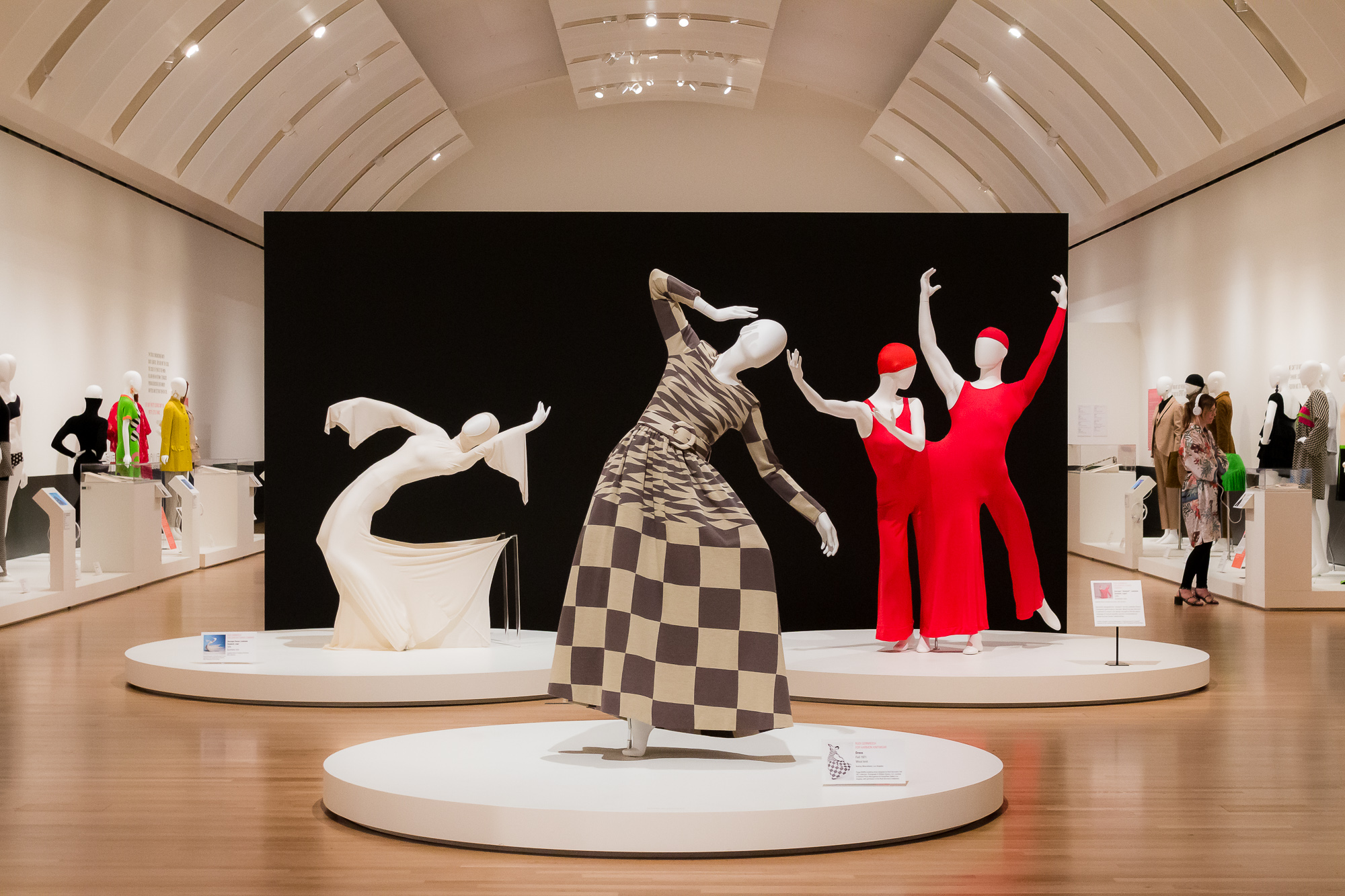 Organized thematically, the show focuses on the designer’s heyday in the Sixties and Seventies when he was part of a flourishing art community in L.A. that included fellow Austrian refugees, modern architects Rudolph Schindler and Richard Neutra, as well as modern artists Larry Bell and Ed Ruscha.

His design outlook was shaped by his experience fleeing the Nazi regime and facing discrimination as a Jew and as a homosexual, curators Bethany Montagano and Dani Killam theorize, using as evidence clothing culled from local lenders, including Gernreich muse Peggy Moffitt, as well as his paper archives from UCLA. Also included are newly recorded oral histories with Gernreich’s contemporaries and models. 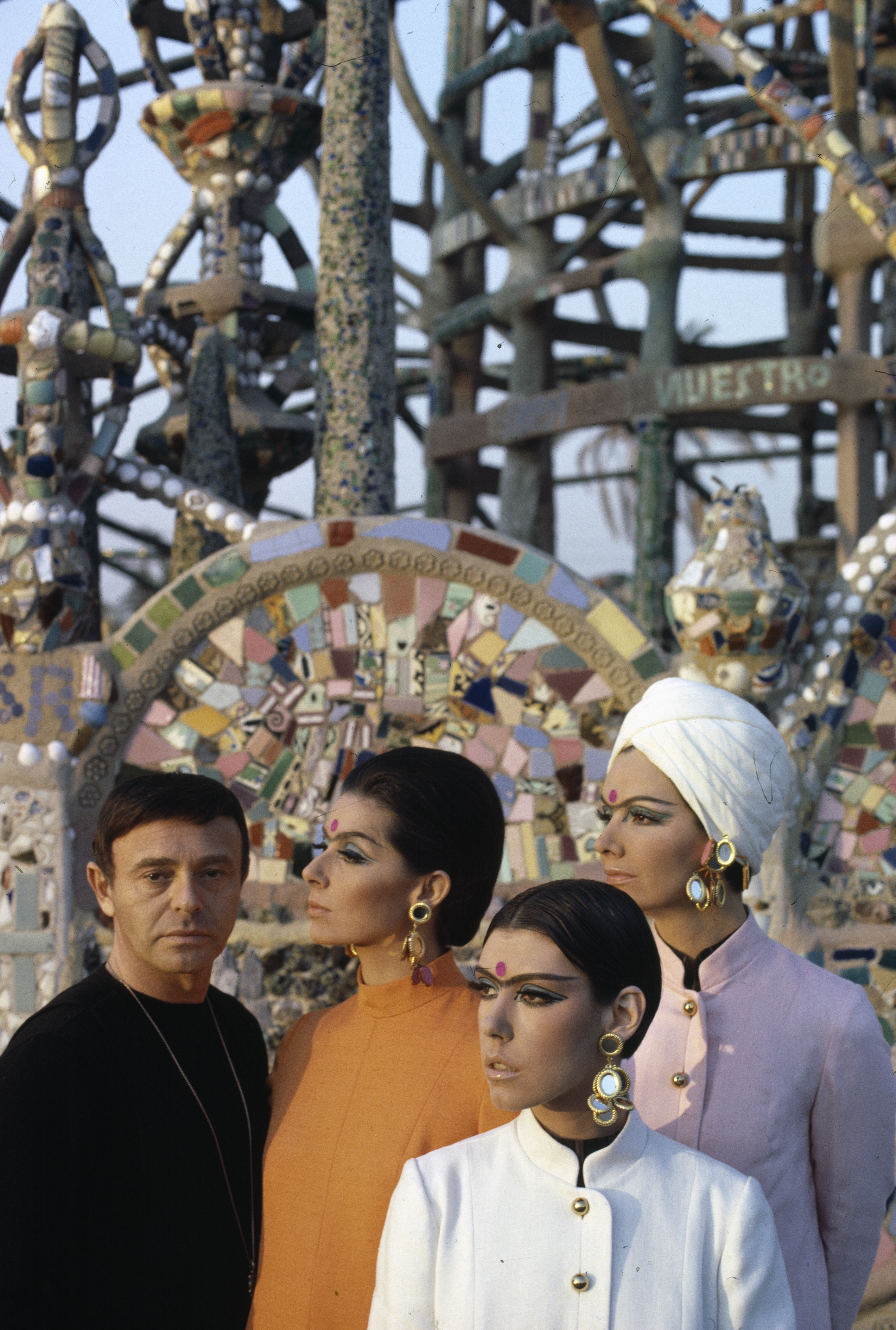 Soon after he landed in L.A. at age 17, Gernreich was entrapped by a police officer and arrested, according to the curators, which led him to become a founding member of early gay rights organization the Mattachine Society. Although he never shared his relationship with longtime partner Oreste Pucciani publicly, believing it would damage his career, he continued to work behind the scenes for equal rights throughout his life, including supporting L.A.’s first African American mayor Tom Bradley and the Equal Rights Amendment for women. After his death, a fund was endowed in his name at the American Civil Liberties Union, which continues to work on behalf of LBGTQ issues.

“Most people had some discrimination and he had none,” said designer Renee Firestone, one of his contemporaries, in her oral history.

Several exhibition pieces are featured on custom flat-footed mannequins in kinetic poses, paying homage to Gernreich’s dedication to movement and free expression, including a “duotard” dance costume for two that may have inspired Thom Browne’s 2008 runway collection of paired-up models wearing three-legged pants. 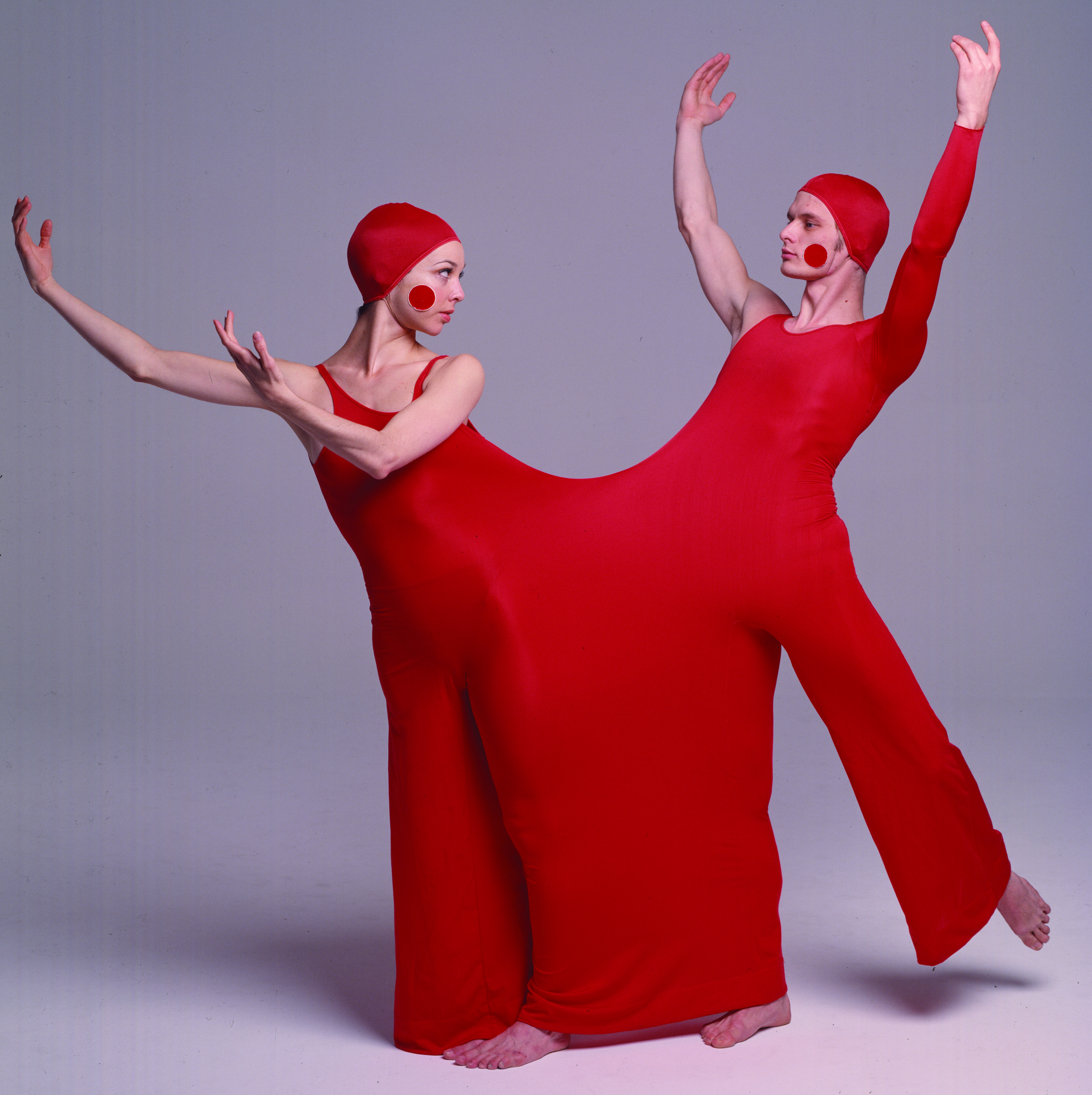 Gernreich found refuge in dance, performing alongside Bella Lewitzky in the interracial Lester Horton Dance Theater, and the company’s leotards and costumes clearly inspired his future-thinking designs, which over the years included patterned-knit mini dresses with matching Capezio tights; pantsuits before women were even allowed to wear them in restaurants in L.A.; freeform swimwear as early as 1952 when the padded and pushed-up Hollywood bombshell still reigned supreme; unisex caftans for the whole family; thong underwear, and unisex swimsuits that presaged Coachella’s recent “buttchella” craze.

“You can do what you want as long as you are comfortable,” model Barbara Ford remembers Gernreich telling her, noting in her oral history that it was her choice how to wear her makeup and hair for his shows and shoots. 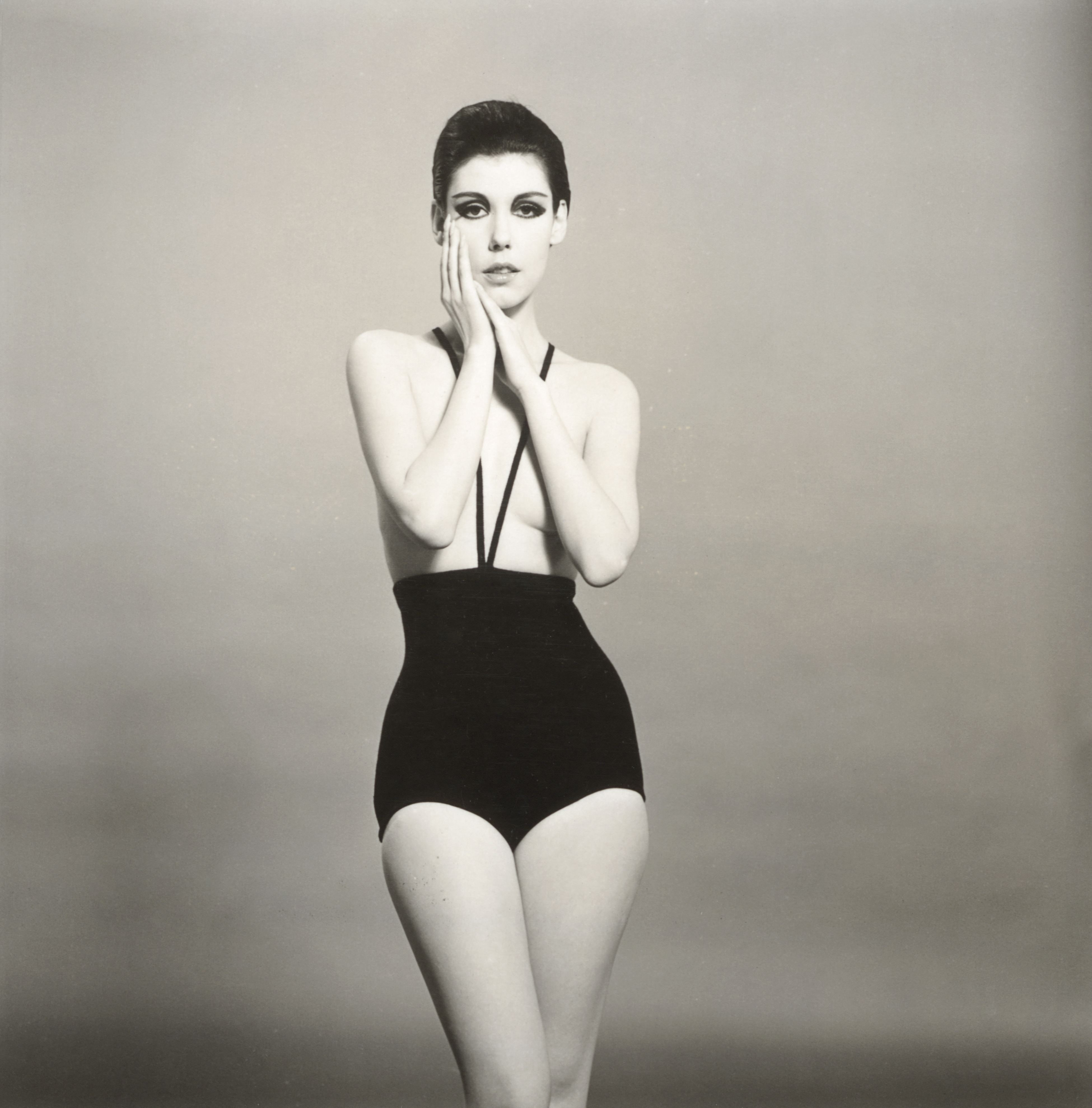 Gernreich’s most famous piece, the controversial 1964 topless bathing suit, or breast-exposing monokini, is styled for the show with a bandeau underneath that has the word “censored” written across it. At the time, critics in Moscow pointed to the bathing suit as the decline of morality in the U.S., the Pope banned it, and at least two American women were arrested for wearing it, but Moffitt always defended it: “Rudi’s aim was to free the breast rather than glorify it sexually,” a quote on the gallery wall reads.

Nearby are two pieces from his 1970 unisex collection, a miniskirt and catsuit created for a Life magazine “Future of Fashion” editorial, and presented on models with shaved heads. On the wall above is a Gernreich quote that predated Billy Porter and Ezra Miller by decades: “The future will involve unisex, men are going to wear skirts and women are going to wear pants.” 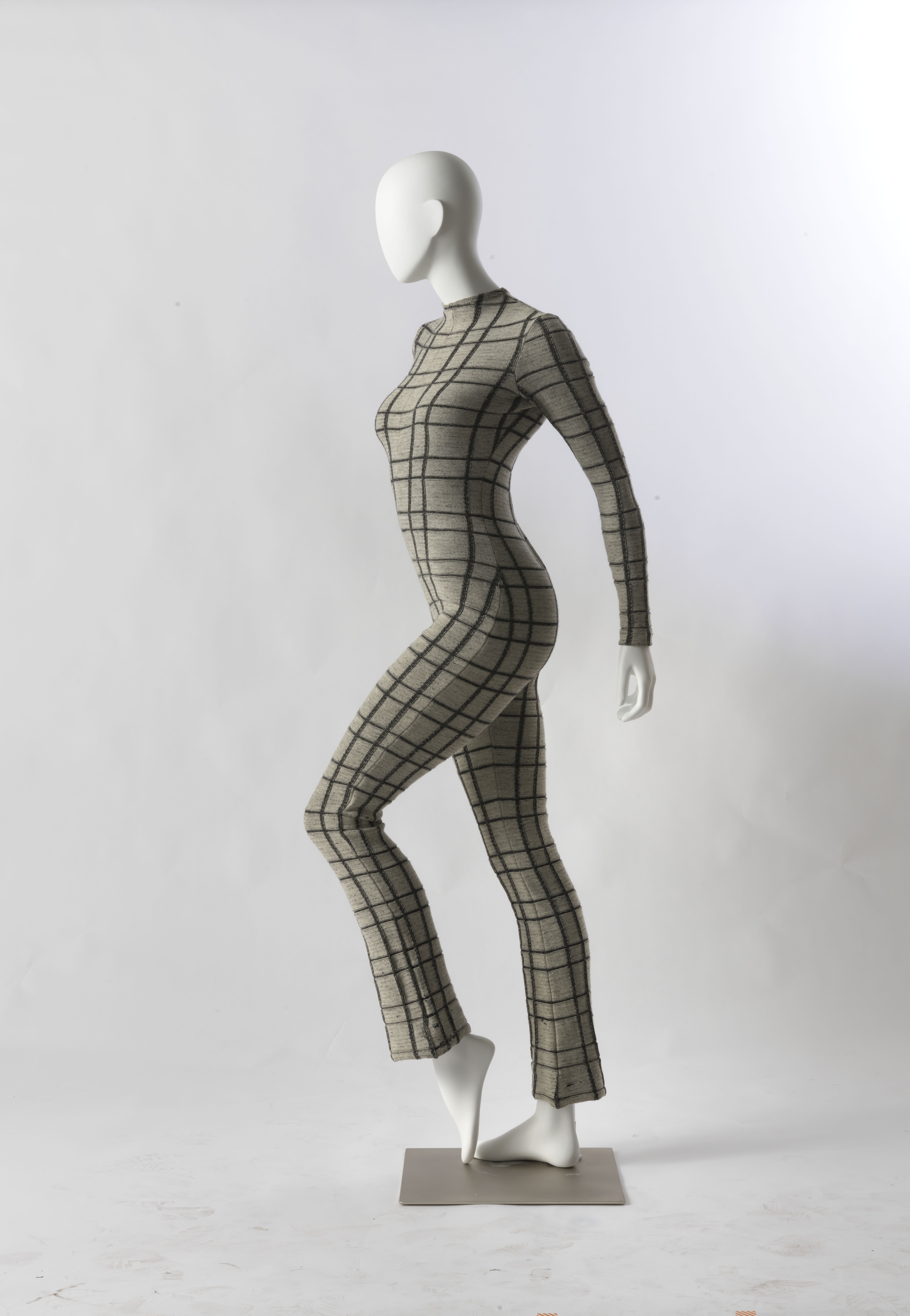 There are several of Gerneich’s women’s pants suits on display, including the smashing 1966 “Duke of Windsor” ensemble with a check coat, trousers and funnel neck top, and a 1964 white satin “Marlene Dietrich” evening suit, which had been slated to appear in a Coty Awards runway presentation until organizers deemed it too controversial, according to the curators. (It wasn’t until 1966 that Yves Saint Laurent introduced Le Smoking on the runway.)

Like Saint Laurent (and many Sixties designers), Gernreich was inspired by youth culture, and used to step outside his Santa Monica Boulevard studio just to take in what passersby were wearing. In 1966, he signed a deal for an inexpensive line for Montgomery Ward, democratizing his designs a la Rive Gauche. But his 1971 Resort collection was almost his undoing. Presented just weeks after the Kent State University shooting of unarmed student protesters by the U.S. National Guard, it featured military-inspired clothing accessorized with rifles and dog tags to protest the Vietnam War. “It was a fearful failure and pretty much put a shadow over his career because people couldn’t get over it,” said model Leon Bing in her oral history. 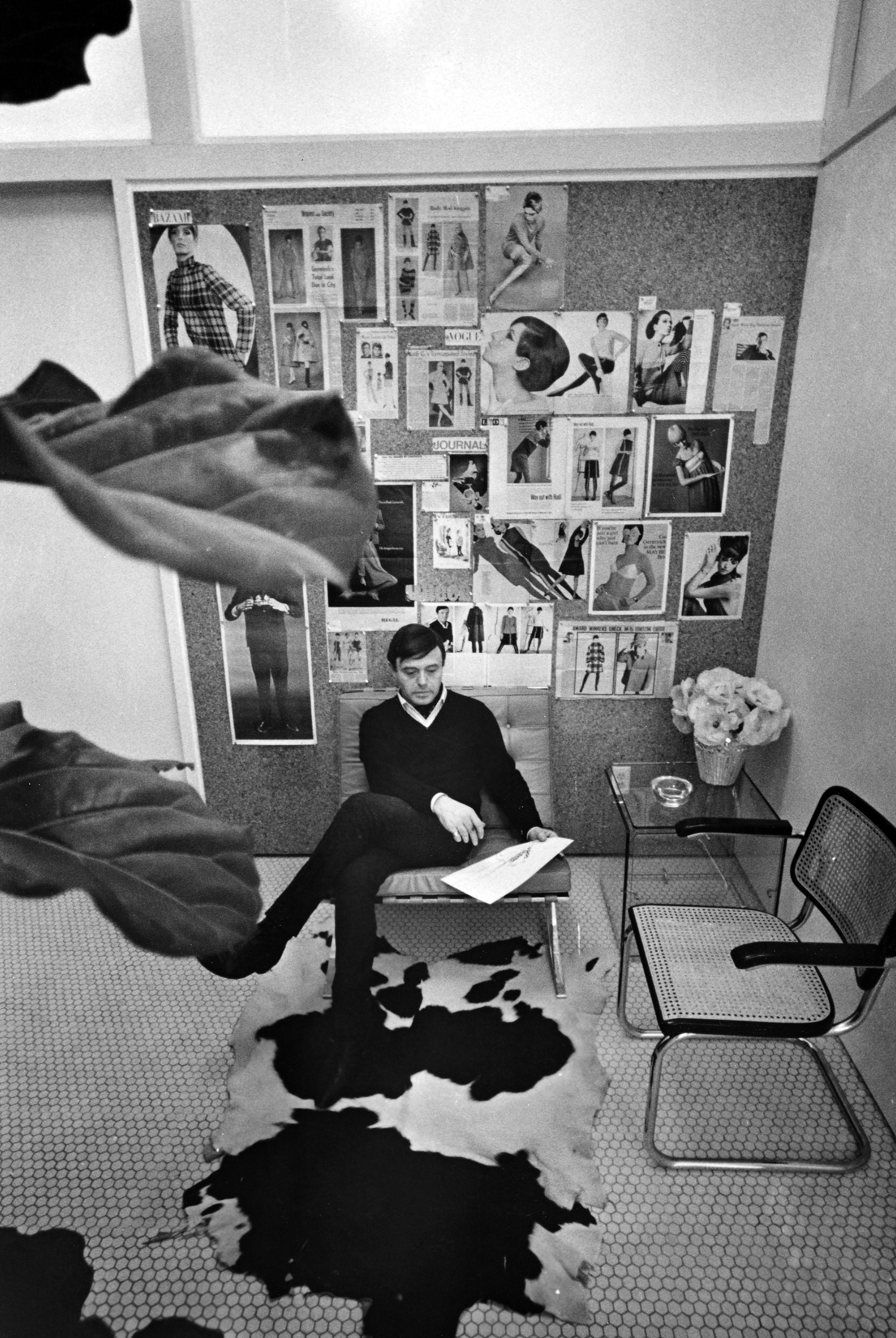 Gernreich continued to design through the Seventies, and expanded his brand into home decor, and even gourmet soup. Since his death in 1985, designers have taken inspiration particularly from his use of unconventional materials, which included dog leashes as belts and metal springs as embellishment.

But his most lasting legacy may be, as Pucciani referred to it accepting a CFDA on Gernreich’s behalf posthumously, “the marriage of ethics and aesthetics.” One wonders what he would have made of the fashion world today, or if it would be here without him. 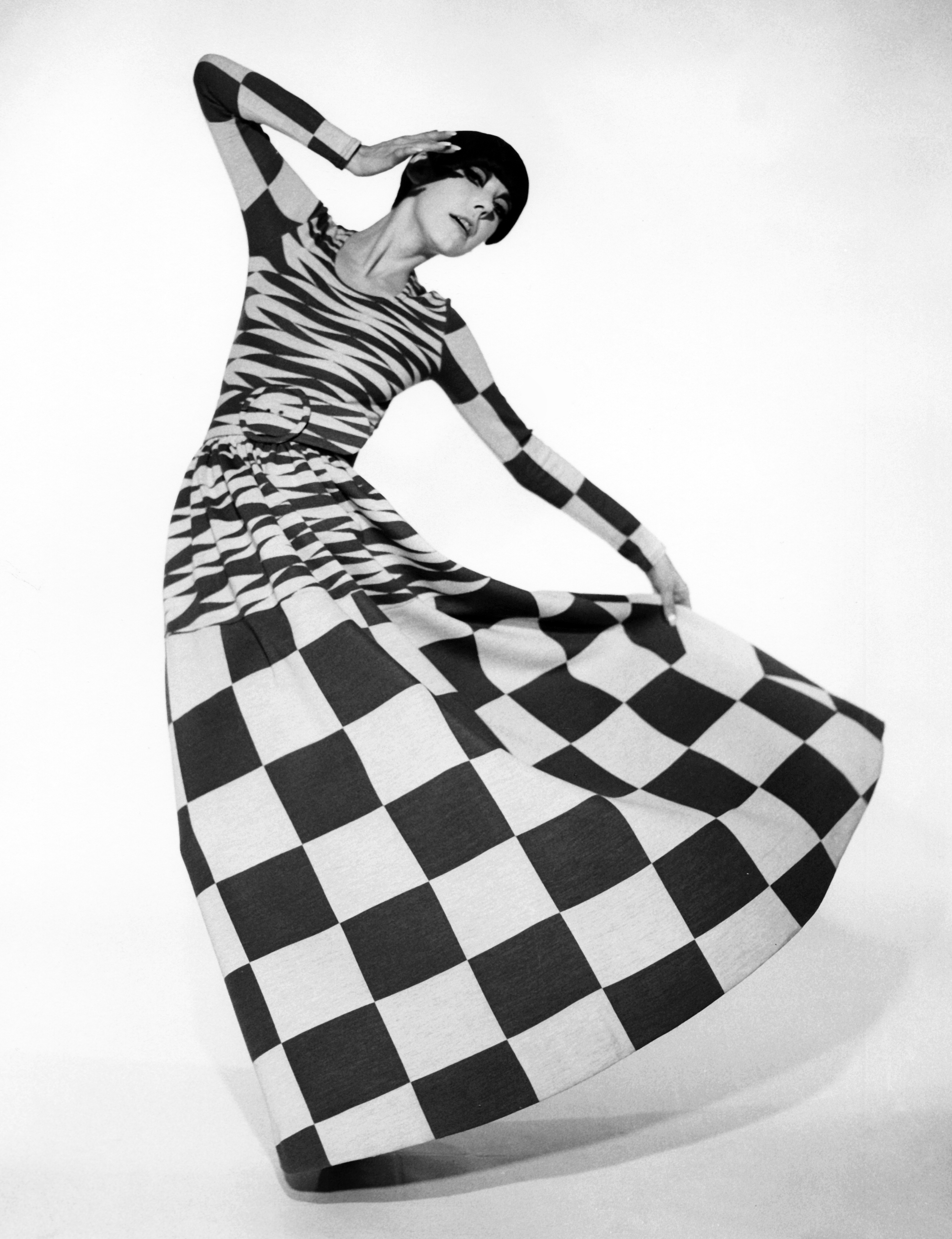