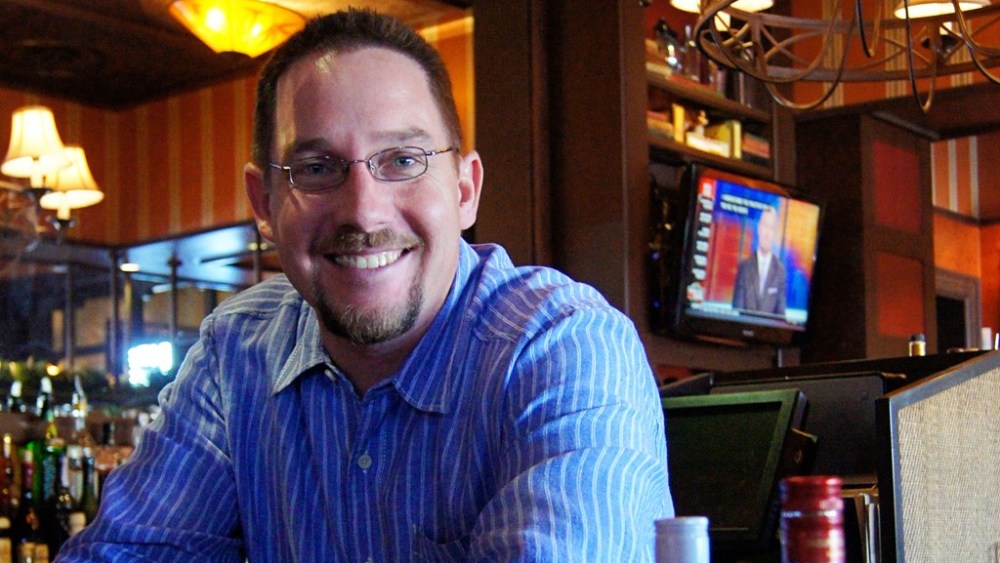 Lucky for Terry, a Key West native who is highly devoted to a rum lifestyle, island libations are important to the Tommy Bahama restaurant business. The company’s restaurants serve 235 different rums, which allows Terry to experiment when creating alcoholic concoctions.

“For every drink out there, I can make you one better with rum,” said Terry.

1. Presentation is crucial to making a drink tempting.

“I wanted to create something that was visually appealing, but still tasted good,” said Terry of this “looks-as-good-as-it-tastes” cocktail. He recommends pairing the sweet drink with a citrusy fish hors d’oeuvres.

Build in an ice filled snifter. Do not shake or stir. Garnish with an orange wheel.

2. Terry tries to infuse cocktails with ingredients from across the globe.

“Daiquiris were originally made with ingredients that were handy. Now, it’s such a small world, all things are handy,” he said.

His take on this classic was so tasty, it landed him the position of head rumologist. While this cocktail is appealing enough on its own, if it has to be paired with food, he suggests a cheese and cracker plate.

Shake well with ice and strain into a martini glass.

3. There’s a saying that bartenders use about the elements of great rum drinks: strong-weak-sour-sweet.

Terry heeds that time-tested logic, but played with the elements to whip up a new rendition of the cocktail staple Frost Bite.

“It’s hard to mess up a traditional recipe, but it’s always fun to reinvent a classic,” he said. This recipe generates a light drink, so Terry advises drinking it slow and by itself.

Shake well with ice and strain into a martini glass.

4. “I call this my favorite child,” Terry said of his new release.

Using agricole rum gives the daiquiri a dry texture, but cherry syrup adds sweetness to soothe the rum kick. Terry drinks this concoction with fresh fruit for a relaxing experience.

Mix well and pour over ice garnished with maraschino cherries in a hurricane glass.

5. This drink was inspired by one ingredient — rhubarb bitters.

“I was like a kid in a candy store from there, thinking what I can do with this,” he said. Raspberries keep the drink fresh, while the bitters give it an undertone that makes it more refreshing than most summer cocktails. Terry recommended partnering this daiquiri with tuna atop watercress salad.

Mix well and serve over ice in a Collins glass.