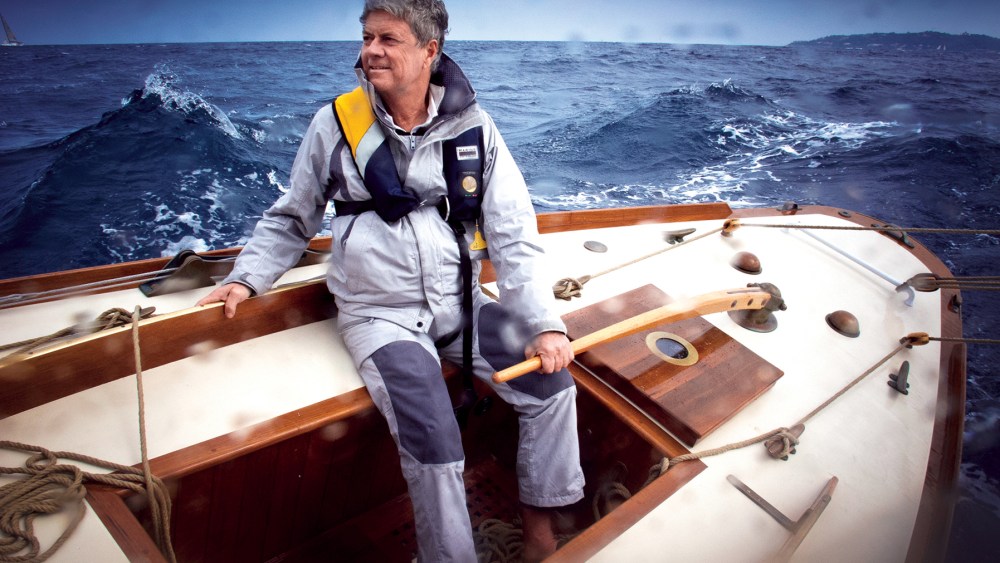 PARIS — Mere days before he passed away at age 66 in August 2014, Yves Carcelle was putting the finishing touches on his last project: A book devoted to his beloved Danish sailing boats.

The dynamic French executive who spearheaded Louis Vuitton’s transformation into a global powerhouse, Carcelle was also a passionate yachtsman, renting one each summer for a family cruise.

Yet it was only in 2009 that he finally became an owner, purchasing and restoring the Runa IV, an 11-meter yawl by Danish naval architect Gerhard Peter Rønne. Two years later, he would go on to buy and restore Runa VI, a cutter built in 1927, inspired by his friend Gregory Ryan, who had purchased the Rune VII, built in 1946.

The book chronicles the history of the 10 yachts Rønne built, seven of them christened Runa, and Carcelle’s passion to know everything about them and the adventures they had known.

“It is simply being aboard that I adore, to be close to the sea, with the sound of the ripples on the hull, and to smell the spray,” he writes in chapter nine.

According to Tanglang, Carcelle dreamed of one day reuniting all Rønne’s yachts on the water, though only half of them are in sailing condition today.

In his acknowledgements, Tanglang thanks Carcelle’s five children for their determination to get the book published. “Throughout his existence, he looked forward with a rare passion and thirst for life,” they write on a dedication page. “As he wished, this book pays homage to the sea, the men and women who are passionate about it, to riveting boating tales, and it leaves us with the desire to look ahead.”

Available in French and English, the book sells for 75 euros, or $85.19 at current exchange, on the Web site Lasagadesruna.com. The publisher also urges donations for research into the rare form of kidney cancer that claimed Carcelle via the Web site Actionyvescarcelle.org, which has already raised 110,000 euros, or $124,900.

One of the fashion industry’s most admired executives, Carcelle stepped down as chairman and chief executive officer of Louis Vuitton in 2012 after a stellar tenure spanning more than two decades.