FOG Design+Art gets under way this week, with a preview gala, luncheon and a weekend's worth of programming on art in the tech era and more.

The FOG Design+Art fair in San Francisco got under way this week, heading into a weekend of exhibits and sessions for the Bay Area’s art and culture lovers.

Wednesday, the group held a preview gala benefiting the San Francisco Museum of Modern Art, followed by an “Innovators Luncheon” on Thursday alongside the public opening of installations at the Fort Mason Center for Arts and Culture at the northern end of the city. 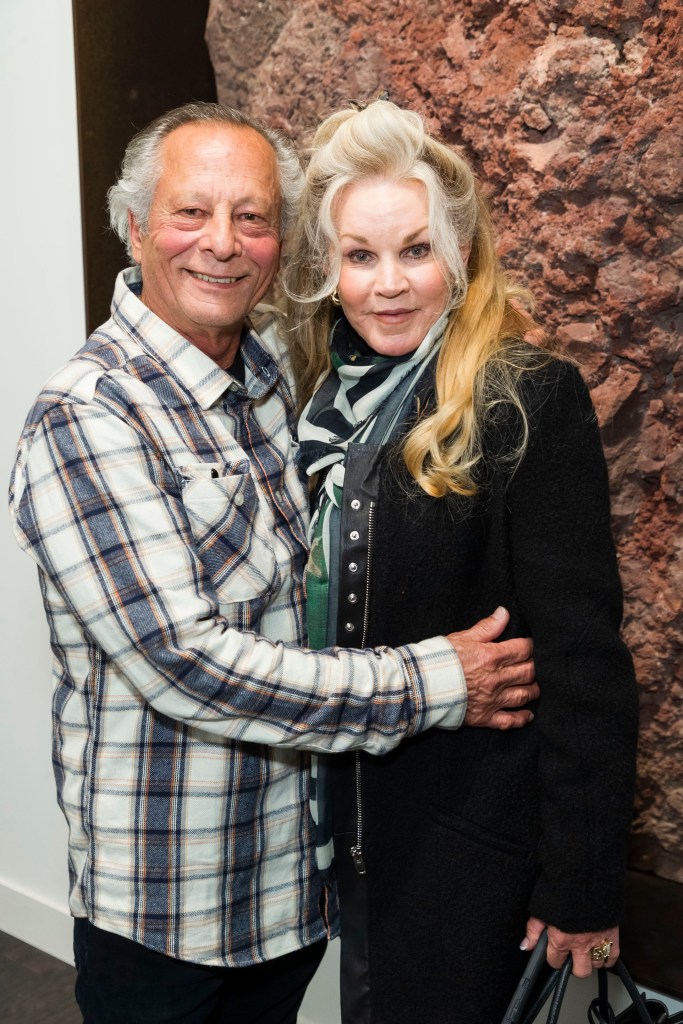 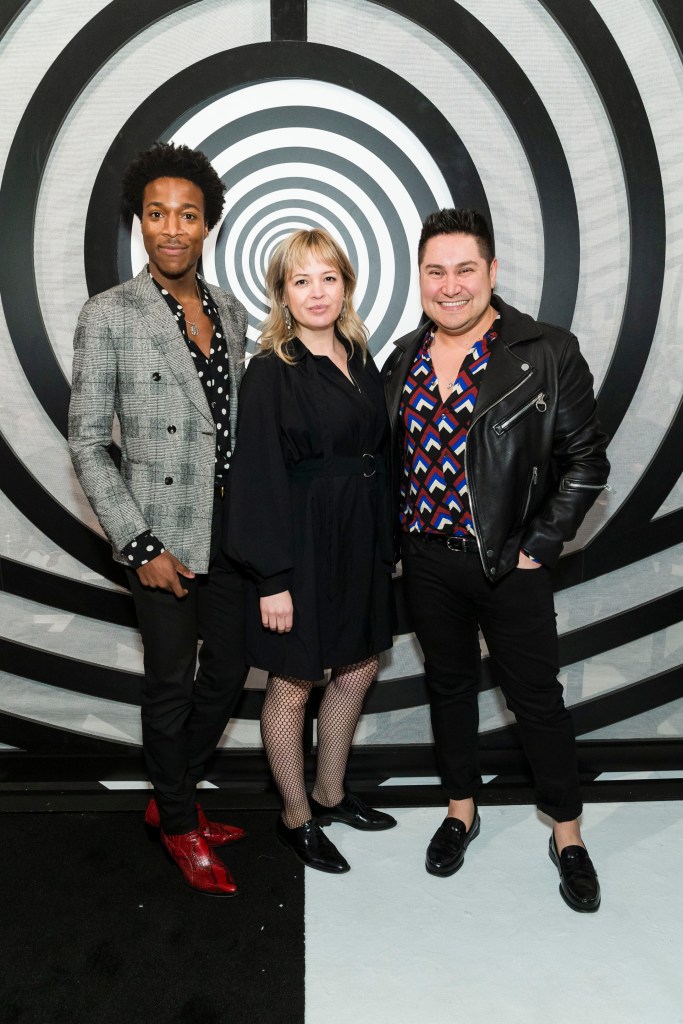 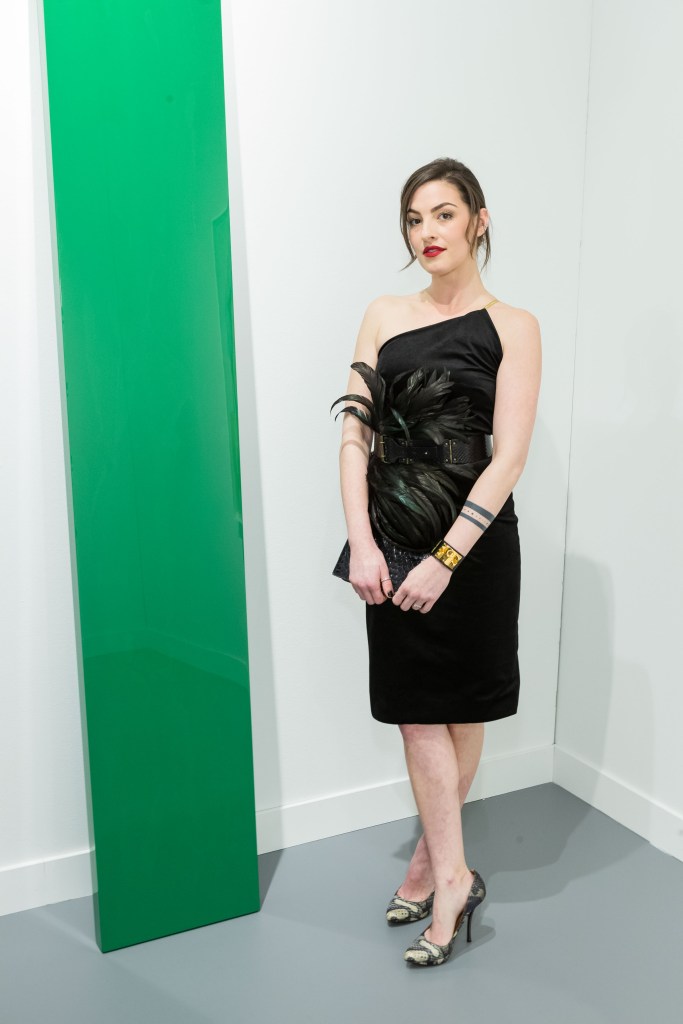 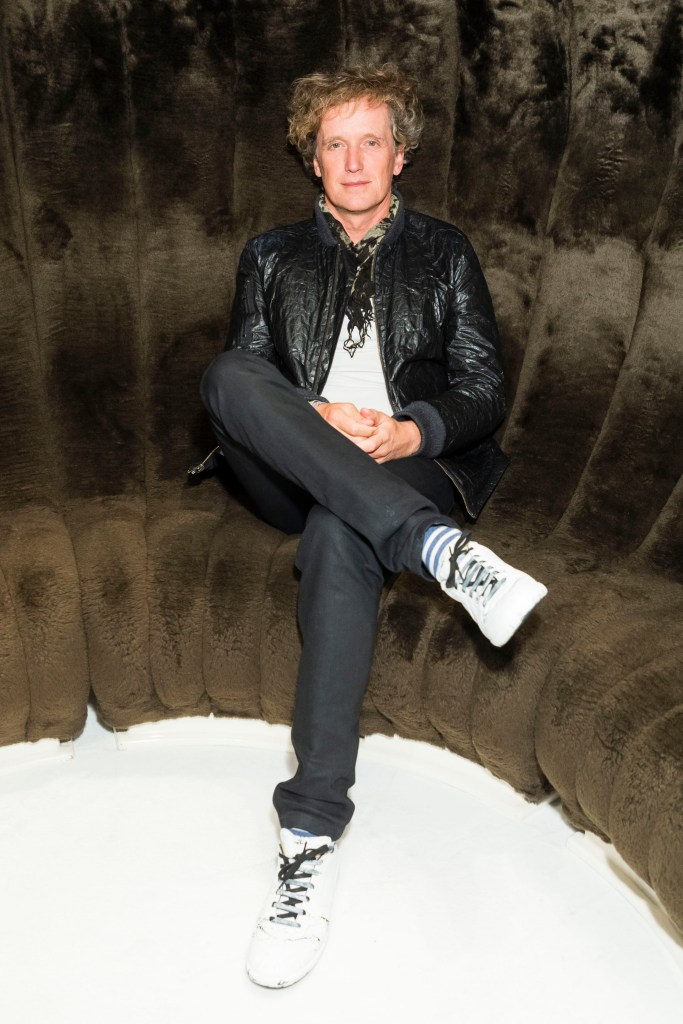 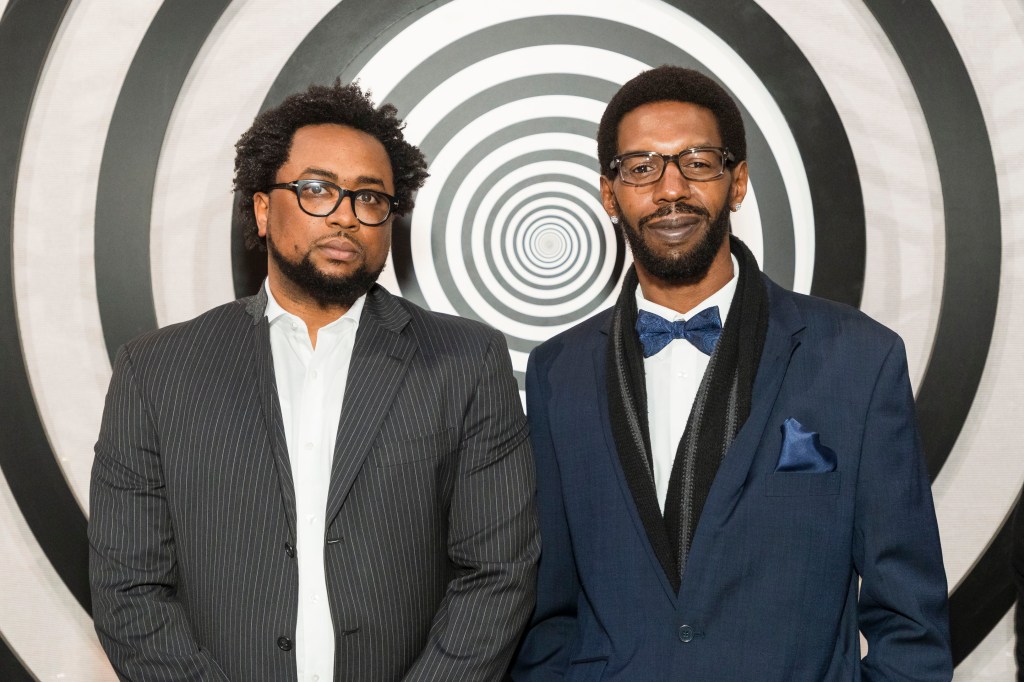 Guests at the gala ranged from SFMOMA trustees and collectors to designer Yves Béhar and high-tech personalities like Instagram cofounder Mike Krieger and Facebook’s head of artist residency Tina Vaz to take in a variety of works — from statues and paintings to furniture and garments, like the Power Vest 2.0.

The latter, by Berlin-based artist Simon Denny, creates art out of a Patagonia vest, scarves previously owned by Margaret Thatcher and logos by Salesforce and Quip, takes a poke at “tech bro vests” and issues like income inequality, capitalism and digital culture. 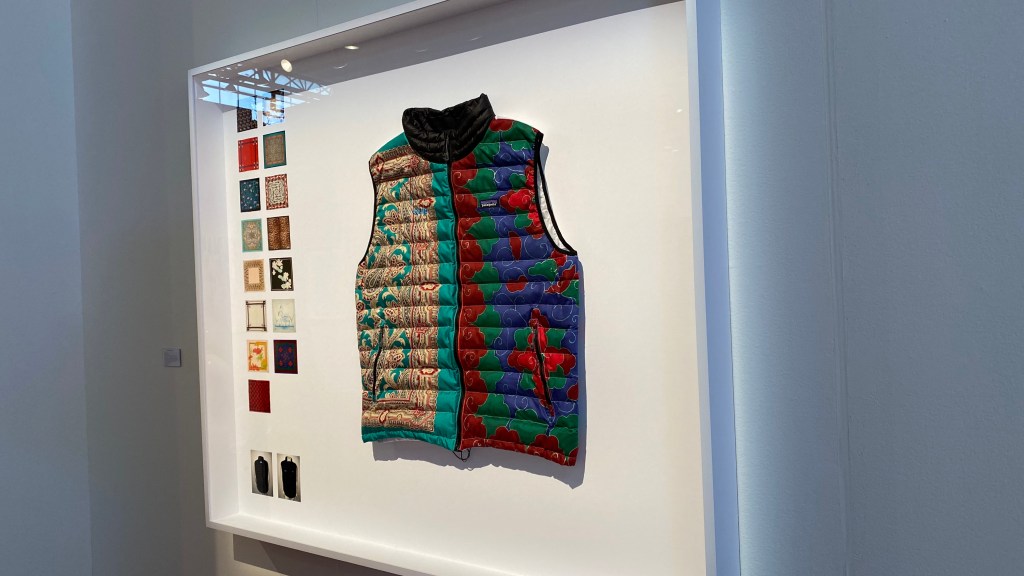 Turns out, technology and where art meets science are major overall themes for the event.

Thursday’s lunch honored Airbnb cofounder Brian Chesky, who was once a budding artist before becoming a tech mogul that forged a new concept in peer-to-peer lodging and accommodations.

In an onstage conversation with renowned start-up investor Ron Conway, who backed Facebook, Twitter and Airbnb in their early days, Chesky offered plenty of insights on Silicon Valley, design and where the two meet: “I think that, one of the things that we in Silicon Valley have to do is remember about the humanity behind our technology,” Chesky said. “Because not all technology is a step forward for society.

“We as designers, especially, we think about how technology is used and how people benefit from that technology. I think that might be one of the greatest contributions of a designer running a tech company,” he added. 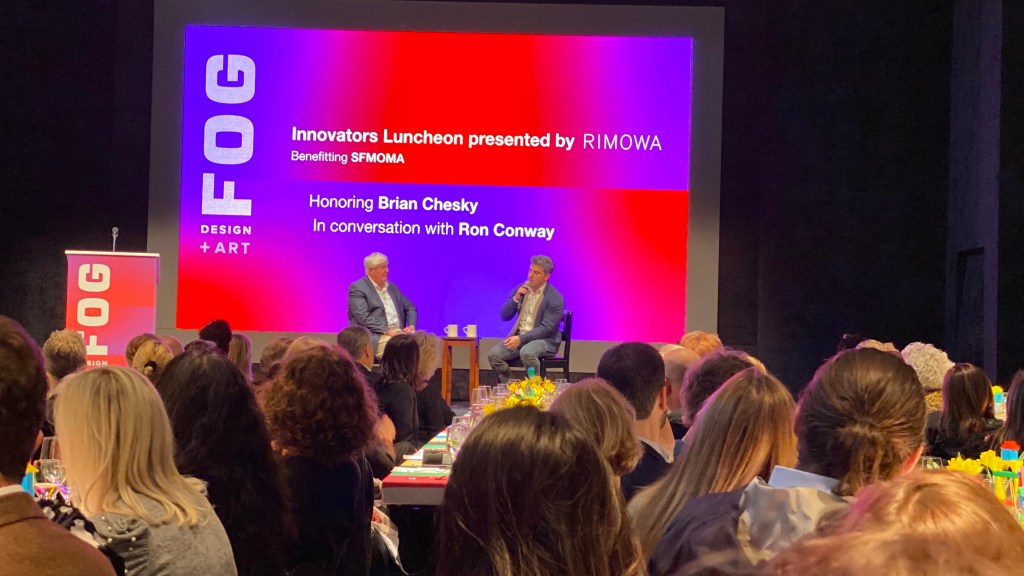 Other sessions across the event’s schedule explore the relationship between art and technology — from “Unpacking the Politics of Tech” with Simon Denny and “Collecting in the Digital Age” to “Mutual Muses: What Can Art and Technology Learn from Each Other” — among other themes.