Feast for the Eye: Horchata Opens in Greenwich Village

The space has an inviting and intimate vibe, like you just strolled into a friend’s backyard for an alfresco dinner. 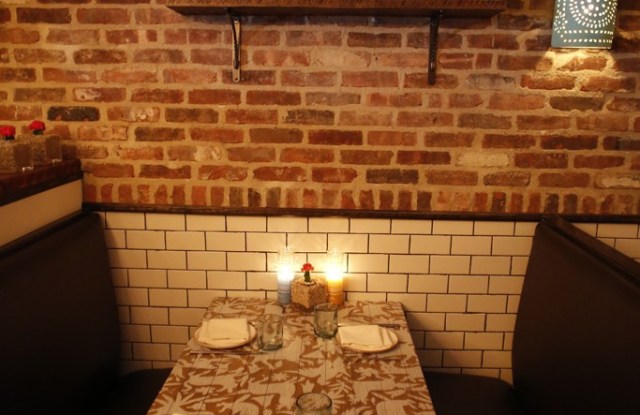 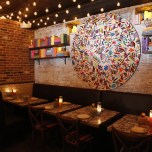 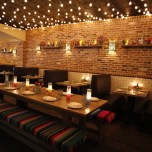 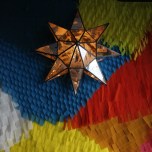 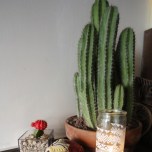 “It’s finally ready,” she beams. The pint-sized brunette is in a white Isabel Marant tiered frock, sheer organza ruffles spilling down it, standing by the bar of new Mexican restaurant Horchata in Manhattan’s Greenwich Village. It’s the firm’s latest spot, which Wasser single-handly turned around in less than four months. It opened on Wednesday.

“We needed something different,” she says. The space was formerly inhabited by BLT Burger, another ESquared property. “We’d been here for eight years, and over that time so many other burger places popped up in the area — there’s an Umami Burger around the corner now — it just wasn’t working.”

Horchata has an inviting and intimate vibe, like you just strolled into a friend’s backyard for an alfresco dinner. The space is bathed in votives. Strips of fabric — melon and saffron-hued — cover a wall by the front, fluttering as diners breeze into the restaurant. “I told them I wanted it to look like a piñata exploded,” Wasser says of the entryway, conceived by art-design firm Confetti System (past installations include geometric piñatas for Bergdorf Goodman’s windows and the shiny gold confetti cover of March 2012’s T magazine).

Wasser outfitted the restaurant entirely on her own. In three weeks.

“It was really, really difficult because I’m used to working with a designer, so it’s like, if you don’t like a chair, you can say, ‘Give me five more options.’ But this time, I’m that person,” she says. She sourced from vendors she found from Googling — of Fuego 718, a Mexican decor store in Williamsburg, she says, “I could literally spend hours and hours in there and I did.” But she made sure to sidestep the trap of getting carried away.

“I just didn’t want it to be too kitschy,” Wasser says. “Like with a lot of the over-the-top places, like Tortilla Flats and such, you have to be in the mood for it. I don’t want people to be like, ‘Oh, I don’t know if I’m up for that.’ I didn’t want it to be so polarizing. I feel like we want this to be the kind of place you can come on a Sunday night for a margarita with a girlfriend in sweats.”

The menu is designed to cater to such — as well as an array of dining experiences. “If you want to come in, on a date, let’s say, and have that appetizer-entrée-dessert experience, it’s there. If you want to come in with a whole bunch of friends and share a ton of small plates and never see an entrée, you can do that. If you want to sit at the bar and have some chips and some guacamole, a small bite like a ceviche and a nice cold beer, it lends itself to that as well,” chef Manuel Treviño says.

The “Top Chef” alum, who’s previously manned the kitchens of Dos Caminos and Dream Downtown, is of Mexican descent and focused on his roots when conceptualizing the menu. “We wanted to create as much of an authentic experience as possible while still being a little playful and a little whimsical.”

The sense of whimsy is infused in everything, from the small touches in the decor — e.g., coasters at the bar have tongue-in-cheek phrases printed on them such as “Holy Mole!” and “Let’s Taco ‘Bout It” — to the food. An example? Treviño does a salmon tostada in the style of bagel and lox — mezcal cured salmon with pickled onion and an everything cream cheese. “We have things that are Mexican in heart and spirit but are very New York,” he says.

Treviño is imaginative, avoiding the banal Tex-Mex route — no vats of margarita or hefty, football-size burritos — but variations on the traditional dishes are here. Skimming the menu, it’s clear this is more than standard territory. The first taco-or-quesadilla item (diners can choose either form) is a brussels sprout one, served with spiced pumpkin seeds, roasted poblano chile, cotija cheese and cream fresca. Other highlights include a deftly flavored shrimp ceviche complemented by shredded jícama and seasoned with Mexican cinnamon and lime. Of the taco offerings, tender braised short rib is kicked up by a smoky, tomato jalapeño salsa and pickled red onion with piquant results. Of the large plates, a banana leaf grilled mahi-mahi, topped with a fiery pineapple habanero salsita, is quite delicious.

The drinks program is an equal draw. Thirsty dinners can quaff agua frescas, classic Mexican sodas, flights of rare tequilas and mezcals, a selection of Mexican cervezas, tasty (but still effectual) margaritas or, of course, variations on the horchata — “Pinky & the Cactus” is the drink paired with cactus flower, and the “Pick Me Up” is spiked with a splash of espresso.

“We really wanted to create a really great happy hour. That was important to us,” Wasser says. “Because everyone has that feeling after work of ‘I could really go for a margarita right now…’”