With the upcoming royal wedding of Crown Princess Victoria, all eyes are on Stockholm, Sweden. See how the city measures up to rival Copenhagen. 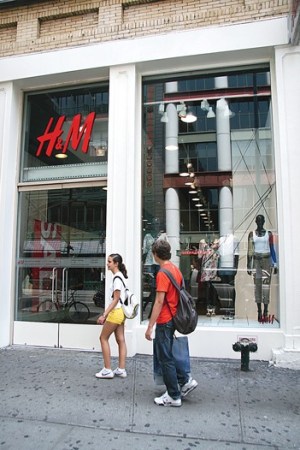 With all eyes on Sweden ahead of the June 19 wedding of Crown Princess Victoria and her former personal trainer, Daniel Westling, the souvenir mugs, chocolates and even dish-washing cloths flooding Stockholm’s boutiques are only the tip of the iceberg.

Some 1,200 dignitaries are expected to attend the three-day extravaganza, and local media have been poring over every detail, from the cost of the ceremony to the pastry chef making the wedding cake.

Who will design the royal wedding gown remains a state secret for the time being. Like Denmark’s fashion-savvy Crown Princess Mary, who wore a gown by Danish designer Uffe Frank, the 32-year-old Victoria would be well-advised to stick to a local designer.

Billed as the biggest royal wedding since the marriage of Britain’s Charles and Diana in 1981, the event will be preceded by a two-week festival dubbed Love Stockholm 2010, featuring concerts, theater, shopping events and children’s activities leading up to the big day (lovestockholm2010.se/EN/Info.aspx).

With all the attention on the Swedish capital, it begs the questions: What can visitors expect to find and how does Stockholm measure up to regional rival Copenhagen in terms of style, food and entertainment?

Stockholm: Best known as the home of the Nobel Prize, the Swedish capital doesn’t have a single iconic landmark like the Eiffel Tower or Big Ben, but visitors can get an advance glimpse of the wedding preparations by visiting the Royal Palace and witnessing its daily changing of the guard.

Copenhagen: The statue of The Little Mermaid in the Danish capital is one of the world’s most popular tourist attractions, but visitors have to make do with a video image of the sculpture after it was temporarily moved to the Danish pavilion at Shanghai’s Expo 2010.

Stockholm: Swedish fashion has taken the world by storm, as evidenced by the global success of fast-fashion retailer Hennes & Mauritz, and there is no shortage of cool designer pieces to be found in the Swedish capital. PUB, the city’s oldest department store, offers a discerningly edited selection of local brands, including Whyred, Acne and Tiger of Sweden. A visit to interior design temple Svenskt Tenn could be costly — vintage botanical-print textiles by Josef Frank are hugely tempting but cost upward of $115 a square meter. Web sites: pub.se/; whyred.se/; acne.se/; tigerofsweden.com/; svenskttenn.se/.

Stockholm: Local produce rules at B.A.R., the latest restaurant from Henrik Norström and Peter Johansson, the duo behind the Michelin-starred Lux Stockholm. Patrons are invited to step up to a counter piled with crushed ice to handpick their fresh fish and seafood. The restaurant is a stone’s throw from the Grand Hôtel, which serves flawless cocktails in the elegant confines of its Cadier Bar, named after founder Régis Cadier. Web sites: restaurangbar.se/; grandhotel.se/.

Copenhagen: Denmark has been propelled into the culinary spotlight after a local boîte recently toppled El Bulli off its perch as the world’s best restaurant. The annual list, compiled by San Pellegrino, crowned Noma as the top spot, where chef René Redzepi serves regional products such as crunchy baby carrots served with edible “soil” made from malt, hazelnuts and beer. Less adventurous types should head to the charming confines of Lumskebugten for herring and fish cakes. Web sites: noma.dk/; lumskebugten.dk/