New and notable food and drink openings on The Strip. 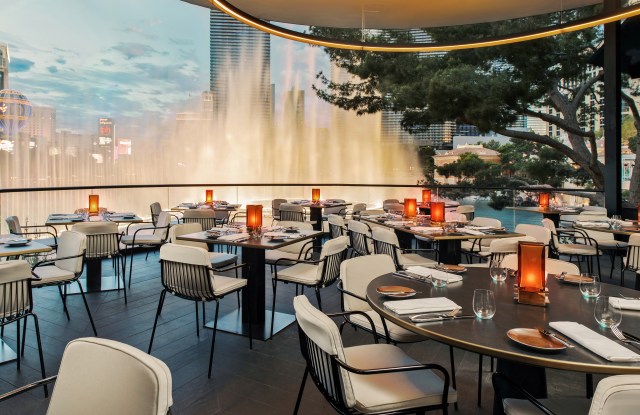 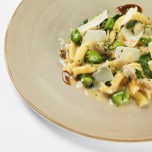 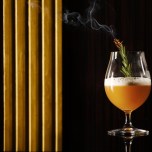 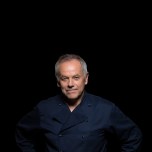 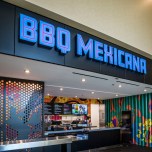 Located across from sister restaurant Border Grill and adjacent to the Mandalay Bay Convention Center, this fast casual eatery exemplifies Feniger and Milliken’s penchant for craveable Mexican dishes in an approachable, warm setting. The takeaway counter features a variety of house-smoked meats and nonmeat options prepared as burritos, bowls and salads, along with margaritas, aguas frescas and beers to go.

“We’ve been serving Vegas visitors and locals for nearly 20 years and felt like there was a demand for a quick and flavorful dining option that’s ideal before or after a session at the convention center, visit to Mandalay Bay Beach or an exploration through Shark Reef,” Milliken says. “We’ve always been inspired by street food, from trucks to taco stands and open-air food markets. I love the idea of walking up and getting something delicious, especially in this location where people are looking for an easy grab-and-go option,” Feniger adds.

Created by Feniger and Milliken, in collaboration with Border Grill’s executive chef Mike Minor, the menu was inspired by their travels to Mexico, where they fell in love with barbacoa — slow cooked meat over an open fire — and Chef Mike’s TruckU Barbeque food truck, which married his love for Mexican food and barbecue with innovative menu items such as a Texas-style brisket burrito, habanero molasses barbecue sauce and pulled pork tacos.

China Tang serves some of the finest cuisine from Canton, with a touch of Sichuan, a dash of Beijing and a unique repertoire of dim sum. Available for lunch and dinner, guests can indulge in decadent dumplings like the steamed pork “Xiao Long Bao,” a soup dumpling filled with broth and pork and served with a tangy black vinegar sauce. In addition to a traditional Chinese tea selection, China Tang delivers a Las Vegas touch to its dim sum service with an option of sommelier-selected wine pairings for every dumpling delicacy.

Another menu highlight is the traditional Beijing Roasted Duck, which takes more than 24 hours to prepare before being roasted in an imported duck oven that crisps and browns the skin. (This dish is available for pre-order only.) The Hammer Chicken is another signature item that is stuffed with mushrooms, pork belly, ginger, shallot and garlic before being wrapped in a dried lotus leaf and clay, and baked for more than five hours. Finally, the dish is doused in rosé wine and lit tableside as the host uses a hammer to crack the clay open, revealing the delicacy inside.

“We are excited and proud to introduce guests to this concept that’s been exclusive to the other side of the world — until now,” said MGM Grand president and chief operating officer Scott Sibella.

Lawrence Lau, vice president of Lai Sun Group, said, “I’m delighted China Tang is open in such a beautiful building and location. Las Vegas is known as a hub of culinary innovation and entertainment. We know guests are going to love the authentic cuisine that China Tang presents.”

The Strawberry at Spago

In the Eighties, Wolfgang Puck became one of the first “celebrity chefs” with his glamorous Spago in Beverly Hills. The restaurant was a celebrity magnet as well as a tourist destination. Spago also paved the way for the celebrity chef trend in Las Vegas when Puck opened the restaurant at the Forum Shops at Caesars in 1992, where it remained until January 2018. Now, the Las Vegas outpost makes its highly anticipated return, taking over the former Olives space at the Bellagio.

The restaurant serves its signature dishes such as pizza topped with smoked salmon and caviar, wiener schnitzel — a nod to Puck’s native Austria — and ahi tuna cones, as well as a “Best of the West” multicourse California tasting menu. But fans can also expect a few surprises. A new tank featuring live Santa Barbara prawns brings the fresh ingredient to some new dishes.

Jennifer Lopez, who has a residency at Planet Hollywood, was among the first to dine there, and other Vegas headliners known to stop by include Céline Dion and Elton John.

The Hangover Bar at Madame Tussauds

Fans of the 2009 film “The Hangover” can now visit a bar dedicated to the movie at Madame Tussauds, the wax museum at the Grand Canal Shoppes.

The bar features an industrial design that mimics the look of the roof of Caesars Palace, where the movie’s opening scene, a rooftop toast, takes place. The bar even includes an LED backdrop of the Las Vegas skyline.

The full-service bar serves its own menu of specialty drinks inspired by film, including the Wolf Pack (Jägermeister); the Buttery Nipple with Buttershots liqueur and Irish cream; the Royal Flush with peach schnapps, Jägermeister and cranberry juice, and the Three-Leg Monkey with root beer vodka, Crown Royal and Coke.

Aside from the bar, the attractions include replicas of the hotel suite and wedding chapel, as well as figures of Alan (portrayed by Zach Galifianakis), Phil (portrayed by Bradley Cooper) and boxer Mike Tyson.

A $75 high-roller package includes admission to the museum, a half-hour open bar at The Hangover Bar, as well as a daytime admission ticket to the High Roller Ferris wheel at The Linq Promenade with an in-cabin open bar and bartender for 30 minutes.