If luxury is the name and hotels are the game, then there's no bigger player in South Beach than Gansevoort South.

By Elizabeth Thurman and Amanda FitzSimons and Diana Ryu on December 5, 2007
View Slideshow 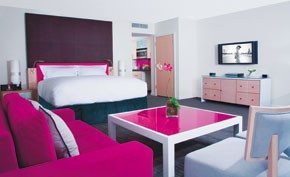 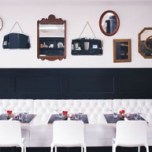 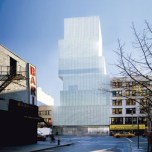 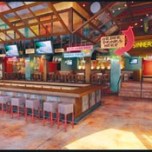 MIAMI BEACH — If luxury is the name and hotels are the game, then there’s no bigger player in South Beach than Gansevoort South.

This behemoth of a resort — complete with a city block of high-end boutiques, a tropical rooftop retreat and a 50-foot shark tank — is slated to open in January, following the success of its flagship Gansevoort property in Manhattan.

The newly redesigned hotel, originally constructed in the Sixties, now boasts a private beach club that is just a cabana or two away from a 40,000-square-foot Infinity-edge pool. Luxury staples such as lounge-friendly circular beds, teak decks and tented nooks abound, along with a bar and restaurant, volleyball courts and a Jacuzzi.

If the main level isn’t enough to satiate guests’ appetites for luxury, the rooftop oasis should do the trick. At 18 stories, the 26,000-square-foot space overlooks the Atlantic Ocean, Biscayne Bay and downtown Miami and houses an elevated swimming pool and the Plunge bar and lounge. And tropical flora isn’t exclusive to the beach club: Palm trees are scattered across the rooftop as well.

The 334 guest rooms (from $595 to $6,500 a night) are decked out in hot pink, charcoal and yellow and get even more visual interest from kitschy pinup photos and custom furniture. A massive spa and gym by David Barton, Miami incarnations of trendy stores like INCA and Big Drop and two restaurants, including one by Philippe Chow of New York’s Mr. Chow, should successfully keep cabin fever at bay.

For guests looking to set up a more permanent camp in South Beach, 259 condominiums are available for purchase at Gansevoort South, starting at $600,000.

Chic, streamlined furniture situated against a chalkboard wall covered with drawings complements the homey yet sophisticated food. The French brasserie offers hearty fare from executive chef Michael David, such as Soupe a l’oignon Gratinee ($9), Steak Frites ($28) or Crispy Skate Grenobloise ($25), and homemade ice cream or sorbet ($8) to finish off the meal. From the bar, patrons can select one of 20 wines by the glass or order handcrafted cocktails such as the Penicillin, a combination of scotch, ginger, lemon and honey ($14).

State of the Art

NEW YORK — Its name may suggest otherwise, but the New Museum isn’t new at all.

The institution honors its 30th anniversary this year with freshly constructed digs on the Bowery that have set the fashion and art worlds abuzz. To celebrate the opening of the seven-story building, which looks like a stack of white gift boxes on top of one another, Calvin Klein threw a star-studded bash.

The avant-garde structure was designed by Japanese architects Kazuyo Sejima and Ryue Nishizawa, and boasts four galleries brimming with contemporary art by the likes of Nancy Spero and Eva Rothschild, several classrooms where they plan to hold various art courses for the public and a 182-seat basement theater. Currently on display is “Unmonumental: The Object in the 21st Century,” a collection of sculptures and installations made from recycled materials.

LAS VEGAS — Diablo’s Cantina aims to spice up a night in Las Vegas with more than 75 varieties of tequila, 10 large plasma TVs and walls covered in one-of-a-kind hand-painted murals.

One of the few restaurants on The Strip with street access, this new addition to the Monte Carlo Resort & Casino boasts live music, a staff of dancing senoritas and open-air dining.

Food offerings at Diabo’s Cantina include spicy favorites like Diablo Death Wings — chicken wings with jalapeno blue cheese sauce ($10 for a half order, $18 for a full) — and more traditional fare such as a bacon-wrapped filet mignon ($24), with optional lobster tail ($15) or shrimp ($16) add-ons.

Diablo’s even has its own mascot dubbed Moose-a-Libre, a wrestling champion who performs Thursday through Saturday nights.