Avett has curated "About Face" for the New York Academy of Art. 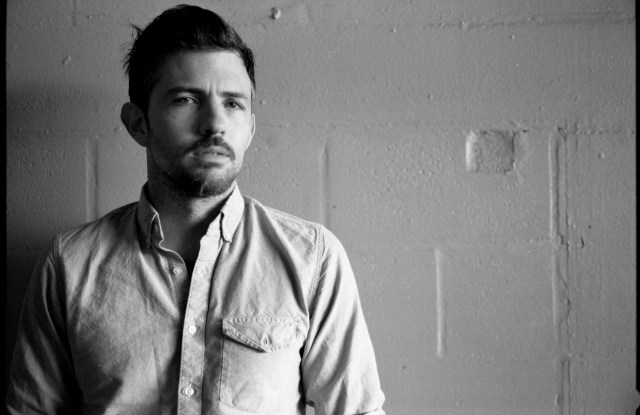 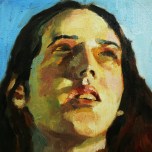 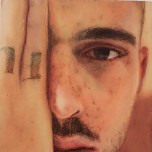 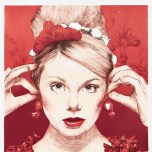 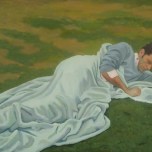 Scott Avett, of The Avett Brothers band, has lent a hand to the New York Academy of Art to curate the organization’s summer show at the Southampton Arts Center. Opening today and running through Sept. 17, “About Face” features works by friends of the academy, the Southampton art community, and two paintings by Avett, who is a trained professional painter.

His relationship with NYAA was born from a conservation and subsequent studio visit with neo expressionist painter Eric Fischl, who went on to introduce Avett to NYAA president David Kratz. “David reached out and asked if I was interested in curating, and it’s not something I’ve ever done officially,” says the North Carolina-based Avett. “I have to say ‘officially,’ because I feel like curating is going on all the time. In a creative world you’re just sort of doing it, placing things, composing things all the time.”

Working in collaboration with Kratz, Avett saw the exhibit, which is themed around contemporary portraiture, from inception to final installation.

“It’s so much like writing up a set list or choreographing a night on stage — it’s just completely parallel, and it was very similar to working with a partner, like how I work with my brother [Seth Avett],” Avett says of the collaborative creative and curatorial process. “David is obviously well connected there and a leader there and so he was able to guide me and I was able to react and edit how I would see fit…It’s important to be able to play off of somebody.”

The show includes work by a range of artists, including Jean-Michel Basquiat, Will Cotton, Alex Katz, Laurie Simmons and Dustin Yellin. Avett has two of his own portraits included as well — one he painted shortly after graduating from college, and a more recent self-portrait.

“‘Lacinda’ is from right after I got out of school,” he explains. “I was living in the Charlotte area and…I was hiring people, I would pay them to come sit for an hour. 10×12 [canvas], sit for an hour, I’ll paint whatever happens, you go, and go on to the next. And this was one of those that I did. I did a lot of them — I probably did 20 or so, and I sold most of them early in my career just to pay rent and to keep going.” Avett’s other piece in the exhibit, “Fatherhood / Who’s Bleeding?” is a large-scale 106×65 canvas depicting him sitting on a chair holding his two young children. It’s part of a series that he’s been working on since 2007, depicting intimate “moments” in his life.

A major limiting factor in Avett’s time to create fine art is his other artistic venture, music. He notes that while complimentary, the two practices are oftentimes at odds with one another.

“I’ve been back and forth with it all my life,” he says. “I think they have to be at odds with each other for me. I think I have to have something that challenges me that causes conflict that I can work against. I like that in music, I like that in my visual journey,” he says. “I must say that I wonder sometimes, ‘What if I gave myself only to one? What would happen? How would it affect it?’ and, ‘Is it even possible?” It never has been before, I just can’t put either of them [painting or music] down,” he continues. “When it comes to expressing, and writing, and creating a song, I’ve just come to believe you have to be all in to make it what it can be. So that’s an open-ended answer there, I haven’t come to the solution yet.”

In September, he’ll be the focus of another artist’s portrait — Judd Apatow and Michael Bonfiglio’s documentary “May It Last: A Portrait of the Avett Brothers,” which will premiere in theatres for one night only on Sept. 12.

“It’s a very candid look at my brother and I, about our lives,” Avett describes. “We asked ourselves quite a few times while they were making the film, ‘What is this? What is it about? Where’s the sensational hook? Is there not one? Can it be good without one? Is there one?'”

“It’s spawned some great conversations with Judd and with other artists,” he adds.