See and Be Scene: Things to Do During London Fashion Week

WWD highlights the best new hotels, restaurants and bars to check out in London. 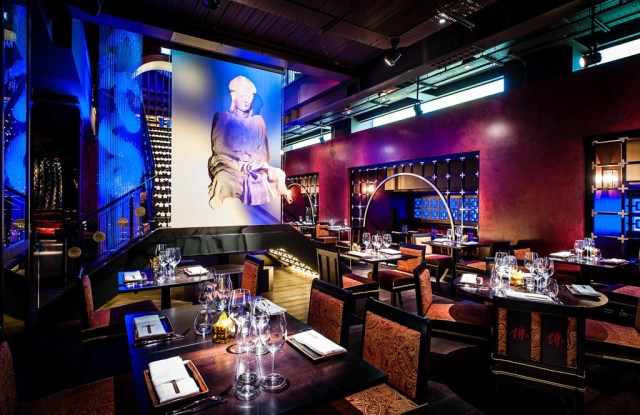 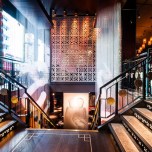 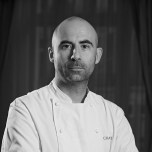 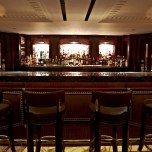 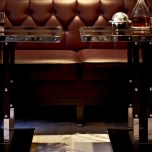 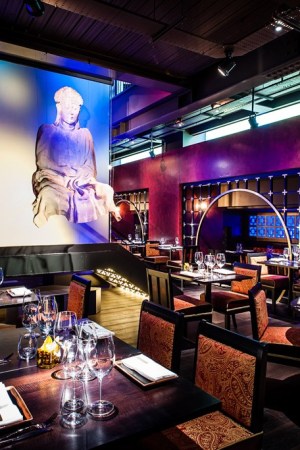 11 New Documentaries to Watch in August 2021

The elegant British institution Café Royal was founded in the mid-1860s and, over the past 150 years, has boasted patrons ranging from Oscar Wilde and Sir Arthur Conan Doyle to Brigitte Bardot and Elizabeth Taylor. The building, which was closed in late 2008, has undergone a full restoration — with interiors featuring a treasure chest of gold leaf, Carrara marble and brass fixtures — as well as a redesign at the hands of David Chipperfield. It is now a hotel with 159 rooms, including restaurants, bars, six gilt-edged suites and even a meditation room downstairs, and it will be fully open by March. Ten Room, the brasserie-style eatery located within the hotel, has just opened, and features all-day dining, including à la carte breakfast, lunch, dinner, snacks and afternoon tea. — LORELEI MARFIL

NEXT: BANKING ON BUDDHA >>

The international franchise Buddha-Bar has landed in Knightsbridge. This restaurant-bar-lounge has an opulent, Far Eastern ambience and, like the other outposts worldwide, offers Pan-Asian cuisine. Signature dishes include the Buddha-Bar chicken salad, seared sesame tuna and wok-fried beef, while the kitchen has also created special dishes for London, such as venison tataki, smoked duck and foie gras gyoza. The cocktail list features creative concoctions with names such as Heart of Darkness and Oh My Dog! —WILLIAM DE MARTIGNY

Eric Chavot will open the doors to his new restaurant, Brasserie Chavot, on Conduit Street in Mayfair, this month with ingredients and products sourced from the remote corners of Great Britain and artisan producers from the rural regions of France. Chavot has handpicked venison from Ireland, lamb from the Pyrenees, charcuterie from the Massif Central and cheeses from Bordeaux. His exuberant personality is firmly imprinted on the design and decor of the 75-cover restaurant, and in the creation of a menu that reflects his classical training and his contemporary take on traditional dishes. Special dishes include gigot de lapin, or leg of rabbit with black pudding and apple, and roasted venison with root vegetables and jus de liquorice on a menu that is an homage to French and British cuisine. — L.M.

This major new exhibition celebrating the couture designs of Valentino showcases more than 130 dresses, gowns and suits worn by the designer’s fans, such as Jacqueline Kennedy Onassis, Grace Kelly, Sophia Loren and Gwyneth Paltrow, in an unusual — and highly interactive — installation created specially for Somerset House. The exhibition replicates a couture fashion show, with visitors actually walking the runway to view the designs, which include the pale ivory lace dress that Kennedy wore to marry Aristotle Onassis in 1968; the black velvet evening gown with white ribbons that Julia Roberts donned for the Academy Awards in 2001, and Princess Marie-Chantal’s wedding gown from 1995. The show also includes a host of daywear looks, personal photographs and couture-show invitations from the archives at Valentino’s 17th-century Château de Wideville, near Paris. The show runs until March 3. — W. D.M.

NEXT: PACKING A PUNCH >>

On a quiet corner of Grosvenor Square in the heart of Mayfair lies one of the capital’s newest drinking spots, Luggage Room. Step through the engraved stone doorway and into the original storage spot for travel bags and trunks, and a decadent discovery awaits. Bar manager Abdulai Kpekawa and his team have created a menu of classic cobblers, martinis and punches reflecting the energy of London high society. Statement drinks include the Aviation, made from gin, maraschino liqueur and lemon, and the signature cocktail, The Bentley Cup, which includes gin, elderflower syrup, cucumber water, marmalade, vodka and Champagne. Abdulai and his team will also be serving up a selection of inventive cups, punches and cobblers, including Fish House Punch (cognac, rum, peach, lemon and sugar) and Boston Cobbler (port calvados, lemon, orange and pineapple). — W.D.M.

Imagine going to visit an eccentric, vodka-loving Russian granny and carbo-loading with her in her slightly kitsch, folksy, overstuffed home. Mari Vanna, a Russian restaurant in Knightsbridge, lovingly serves up Russian classics, such as caviar, as well as more humble fare, such as little meat-stuffed dumplings that come with soured cream or cabbage leaves stuffed with pork, veal and rice. The calf’s liver in truffle sauce is a study in richness — just the thing for cold January nights. The restaurant — which also does a lovely afternoon tea — is one of a small chain, with outposts in Moscow, Saint Petersburg and New York. — JULIA NEEL

NEXT: HER MAJESTY’S SERVICE >>

The Diamond Jubilee year is coming to an end, but it will live on in the history books. A notable one, “Her Majesty, Queen Elizabeth II,” has just been released by Taschen Books. It celebrates the queen’s private and public lives through hundreds of photographs, many previously unseen and sourced from multiple archives in the U.K., Europe and the U.S.. Edited by Reuel Golden, it includes images by Cecil Beaton, Lord Snowdon and Patrick Lichfield, as well as more recent pictures from the likes of Wolfgang Tillmans, Rankin and Annie Leibovitz. Vivienne Westwood has designed a limited edition of 1,000 covers and clamshell cases for the title, which costs 99.99 pounds, or $160 at current exchange, from taschen.com or at the Taschen shop off Sloane Square. — J.N.