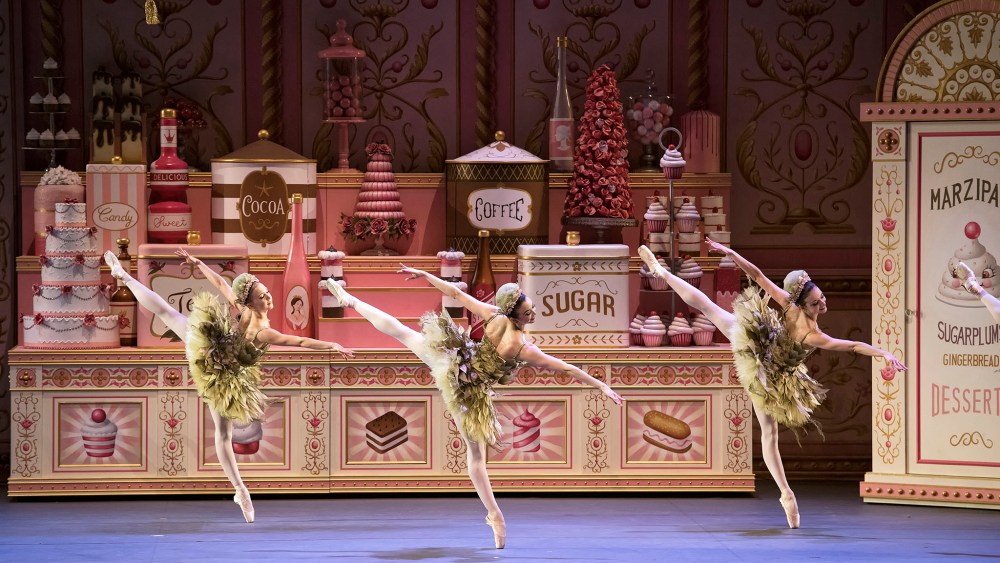 Segerstrom Center for the Arts, known as the Orange County Performing Arts Center until its renaming in 2011, celebrated its 30th anniversary last year, and it’s an example of the quick pace of West Coast development that took it from a lima bean field to one of the country’s preeminent performing arts complexes.

The two venues are situated in a 14-acre multidisciplinary campus that encompasses two other major arts organizations, the Tony Award-winning South Coast Repertory theater and the future site of the new Orange County Museum of Art.

In the Sixties, SCFTA, as it’s now known, was just a glimmer in the eyes of Orange County business leaders. In the mid-Seventies, the Segerstrom family donated a five-acre parcel of land adjacent to South Coast Plaza to begin its creation.

When the Orange County Performing Arts Center opened with Segerstrom Hall in 1986, its organization had been years in the making. Executive vice president Judy Morr has been there from Day One.

“I was at Kennedy Center before. The board was in search of the whole organization, and the president Tom Kendrick had come from the Kennedy Center, and said to me, ‘I really need someone to operate the theaters. Would you be interested?’ When I first moved here 31 years ago, I could look out the window and see workers in the fields and know what season it was by what they were picking. There was South Coast Plaza, but there was not an urban feel like there is now.”

The first years were spent garnering local support for the center. “That’s what we did the first years, to get the community to believe a wonderful arts program enhances their lives,” said Morr. “It makes everything about living here even better. First, they don’t have to drive to L.A. anymore and secondly, the arts are essential. It adds joy to your life [and] changes how you perceive the world.”

Morr set to work scheduling performances by The Philharmonic Society of Orange County, Pacific Chorale and Pacific Symphony as well as cultivating a dance program that attracted companies such as New York City Ballet, American Ballet Theater, the Kirov and the Bolshoi Ballet. The stage at Segerstrom Hall was specifically designed for ballet, and Mikhail Baryshnikov even visited before its opening.

In 1998, the Segerstrom family deeded another parcel of land to the Center, and two years later, Henry Segerstrom provided the lead gift of $40 million to the Center’s $200 million campaign, dedicated to the purpose of constructing a concert hall, a multiuse theater, an education center, public restaurant and community plaza. It was the largest charitable cash gift in the history of Orange County.

The new Renée and Henry Segerstrom Concert Hall, designed by the late César Pelli, opened in 2006 and was named after the Center’s founding chairman and his late second wife. The adjacent 500-seat theater was designated Samueli Theater in recognition of the $10 million gift from the Henry Samueli Family Foundation.

In April of that year, “Connector,” a Richard Serra sculpture commissioned by Elizabeth and Henry Segerstrom uniting the Center’s original structure with the newer venues was installed on the new community plaza.

The new addition freed up Segerstrom Hall to have more dance programming and also bring in Broadway shows.

“It’s a jigsaw puzzle,” said Morr of the scheduling, which she does two to three years out. She pulls out her 2018 binder that’s thick with color-coded grids for dance, music and theater.

SCFTA president Terrence W. Dwyer noted that the Center puts on 450 to 500 performances a year for between 700 and 900 guests per show. “We’re not resting on our laurels and we’re constantly looking to find more ways and reach more members. The earliest vision was not meant to be static or preserving the status quo.”

When completed, the new Julianne and George Argyros Plaza will play host to free community performances and outdoor fairs with space for up to 2,000 people.

After 31 years, Morr is now spoiled for choice but choices do have to be made. “You don’t have space for everybody. I rarely do anything if I can’t find a partner because I’m also very cognizant of the expenses involved in bringing world premieres,” she said, referring to American Ballet Theater’s debut production of “Whipped Cream” this month.

Like leasing retail space in South Coast Plaza, timing is also critical for arts troupes. ABT’s “The Nutcracker” is a perennial favorite, as is the Alvin Ailey American Dance Theater.

“It’s the new work and contemporary dance that is often the most challenged to find an audience, especially with a 3,000 seat house. I think about how a company will look in that big house and aesthetics of the evening are totally different if you have half or not full. Sometimes I feel bad I can’t do as much contemporary dance as I would like but if it won’t look or feel right on this big stage I can’t do it.”

The Broadway program is wildly popular, and a three-week run of “Hamilton” was just announced.

“We are fully aware of L.A. and the audience that it has so very often most of the shows play L.A. first then come here, whereas with dance we are really a premiere house, so that’s a good balance in terms of the prestige and how we are seen in the community,” said Morr.

As most visiting dancers will say, they think of Orange County as their second, sunny home. “We also think of them as extended family. In New York people don’t receive guests as California people do. We are happy to see them back again,” she said.