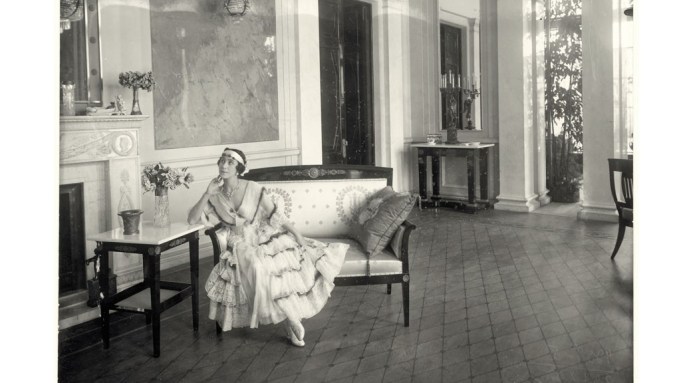 In the years since 1989, when the Berlin Wall came down, fascination with Russia’s Romanov dynasty — that of its last czars — has only increased. Now a new book, “Twilight of the Romanovs: A Photographic Odyssey Across Imperial Russia” (Thames & Hudson), by historians Philipp Blom and Veronica Buckley, features the vast panorama of the final configuration of the Russian empire before and at the time of the Bolshevik Revolution. The aim of its authors, who are married, was to find photos that had never been published before.

The arresting photos, some of the best in color, were taken from 1855 to 1918. That’s right, color — not shades created by hand-tinting. Most of these vibrant shots were taken by Sergei Prokudin-Gorsky, who documented the Russian empire in color between 1905 and 1915 in a project that had been funded by Czar Nicholas II, while a few others come from a family album that belonged to the playwright and novelist Leonid Andreyev.

Nicholas II is probably the best-known of the czars outside Russia. He was 12 years old when his grandfather, Alexander II, who, ironically, was a reformer, was assassinated in front of him. In reaction to his murder, his son and successor, Alexander III, became very conservative, as was his son, Nicholas II, who succeeded him in 1894. He and his czarina, Alexandra, a beautiful granddaughter of Queen Victoria who had been Alix of Hesse, had five children: grand duchesses Olga, Tatiana, Maria and Anastasia and czarevich Alexis. The grand duchesses were lovely young girls; the czarevich was in fragile health because he inherited hemophilia from his mother. Nicholas II abdicated in March 1917, and the entire photogenic family was murdered in Siberia in July 1918. The whole family was canonized by the Russian Orthodox Church in 2000. Grand duchesses Tatiana and Olga, with lady-in-waiting Anna Vyrubova, appear on the cover of “Twilight of the Romanovs” wading in the surf in the Gulf of Finland.

The early color photographs in the book are both poignant and startlingly immediate, whether they depict cornflowers in a field of rye or a group of friends at a dinner party. There are landscapes and photos of people in traditional dress, done using a special three-color process. The portraits are particularly striking — a stylish woman in a Gibson Girl-style pompadour and shirtwaist dreaming at a table on a terrace; a very young Asian woman wearing a graphic caftan, baubles and headdress on a bright carpet in front of a Kazakh yurt, and the utterly self-assured last emir of Bukhara carrying a sword and wearing a flower-detailed, electric-blue robe, a white turban, a massive metal belt and plenty of decorations.

A note in “Twilight of the Romanovs” describes the method: “Many of the original color photographs…were taken with an early camera that used three lenses with color filters to register the red, yellow and blue spectrums sequentially on a photographic plate, with a fourth lens capturing the image in black and white. These four images were then superimposed and projected as a single picture.” At the time these color pictures were made, in fact, they could not be printed but could only be projected.

As Buckley points out, “The empire at its height ran from Finland down to Turkey and included Alaska and tremendous historical cities like Samarkand.” But the way of life in cities such as St. Petersburg was very different from that of the peasants in the Russian countryside, which in turn was utterly unlike that of, say, the natives of Siberia, what Blom calls “the enormous contrasts in this gigantic empire.” Each segment of society has a role in the book, from aristocrats and prosperous farmers to the urban down-and-out and prisoners on Sakhalin island.

“The inability of the system in czarist Russia to reform” was one issue, as Buckley points out, that led to revolution. “Many, many peoples of different nationalities were not being treated well over many, many years. There were plans for reform, but the czar was simply all-powerful.”

There was no shortage of other factors, including Russia’s defeat in the Russo-Japanese War and the massive losses it suffered in World War I. One of the best quotes in the book comes from Sergei Witte, who served as the equivalent of Nicholas II’s prime minister and said that the ruler had “the intelligence and personality of an average guards officer from a good family.” In 1904 the Japanese attacked the Russian navy at Port Arthur, and before long Russia was soundly defeated. The czar’s soldiers and sailors were overmatched by Japanese troops who were better trained and from a much more industrialized nation that had purchased quite a few of the latest ships manufactured in Europe. The Russians involved in the war created a sad, absurd spectacle, since, as Blom notes, at the time of the war there was only one mile of railroad in Siberia and troops could not be supplied or evacuated. Nicholas II believed that because Russia was a Christian nation, it would prevail, and his solution was to send icons to the front. “Because God was with him, nothing would happen,” Blom says. “He was really God’s own autocrat.”

Blom, who was born in Germany, and Buckley, who is from New Zealand, met, as Buckley puts it, “as students in Oxford in the modern history faculty and have worked on and off together ever since.”

She adds, “Our agents say that it is apparently quite rare. We had our first, and I am happy to say, last, bad marital argument over a semicolon.” Blom’s best-known book is “The Vertigo Years: Europe, 1900-1914,” while Buckley has written the biographies “Christina, Queen of Sweden” and “Madame de Maintenon.” Blom is currently a visiting scholar at the Getty Museum, so the two are based in L.A. at the moment.

When they were assembling their current book, “You should have seen the thousands and thousands of images we had,” Blom says. “Our apartment was a visual history of Russia with photos strewn on the floor and everywhere.”