The artists are deepening their involvement with the New York art museum.

The Museum of Arts and Design’s young patrons committee — the MAD Luminaries — has bolstered its artist membership. This spring, artists Shantell Martin and Nikolai and Simon Haas (who work collectively as the Haas Brothers) officially linked up with the museum’s Luminaries as part of its Artist Committee, marking a continuation of their past support for MAD.

“I’ve been to a few shows [at MAD] and I’ve always liked the out-of-the-box design approach,” Martin says. “As an artist, I often like to be on, like, the flip side of things to see how things work, or give feedback on how I think they should work or could work better.” Last spring, Martin was the inaugural artist invited to participate in the virtual Luminaries Live event series; she hosted a drawing lesson for the group. “It was a nice opportunity to get people out of their comfort zone, get a pen in their hand, get them interacting,” she says.

Both Shantell and the Haas brothers are excited to introduce the group to new and nontraditional artists outside of the institutional art world. “Too often in the art world, a gallery will decide who gets heard, or an institution will,” says Simon, who first connected with Luminaries co-chair Alexander Hankin. during Art Basel Miami Beach several years ago. In 2019, the brothers were honored by the museum’s annual MAD Ball gala dinner. “And I like that this is a forum for, as Luminaries, we get to give our input and bring in people that we might know personally, or be fans of.”

MAD Luminaries membership starts at $300 — less than similar groups for other New York museums — and is open to individuals 45 or younger. The group, in past years, has hosted studio visits, curator talks and private collection tours.

“Connecting young arts patrons with artists who are their contemporaries allows us to foster relationships that can grow over time, creating lifelong bonds between collectors and creators,” Hankin says. “This networking is the most important part of our efforts as a group and what sets us apart from other young patron groups in NYC. By having Artist Committee Members such as Shantell, Simon and Niki, we ensure that those we seek to help have a voice in the conversation about the future of MAD Luminaries.” 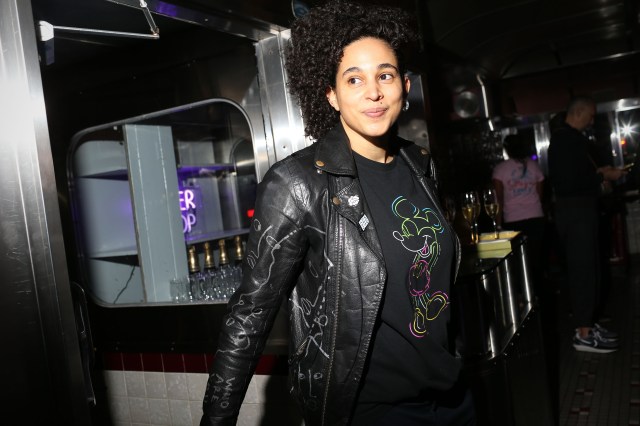