The pop-songstress model can be rather cookie-cutter, albeit a very dazzling, catchy cookie cutter.

There are the Max Martin-penned tracks, the pyrotechnical performances, the radio-ready collaborations. But a new subgenre is emerging within pop, one that 24-year-old singer-songwriter Frankie differentiates by saying it “can make you feel things, too.” Her EP, “Dreamstate,” made its debut in August and with it, she introduced what can best be described as a kind of “DIY pop.”

“DIY” in this case means a purified version, one that doesn’t get tainted by a slew of engineers, like most of the overproduced chart-toppers of today. With the help of just one producer (Petros Anastos-Prastacos), Frankie does it all herself.

“I’d come home from school and whatever had happened to me that day, I’d write a song about it,” she says between bites of pita bread and grilled veggies on set in New York. “If the song sucked it was like whatever, I just did that.”

Frankie grew up in Oakland’s Montclair neighborhood, a fan of Gwen Stefani, the Spice Girls and Britney Spears. She is almost a stereotype of the West Coast sentiment. “I would skateboard with my girlfriends, and hang out with my guy friends, you know?” she says of her Bay Area upbringing. “It was the perfect small-town feel, mixed with such culture.”

She’s now a resident of Los Angeles’ Silver Lake neighborhood. “L.A. can either be really inspiring or really scary, because everyone’s trying to do what you’re doing,” she says. “But once you let that go, it becomes so magical.”

Her distance from traditional pop started early on, from the backseat of her mom’s car. “My mom controlled the radio growing up, and she’s such a Seventies queen,” Frankie says. “She would play Fleetwood Mac and Joni Mitchell and Simon & Garfunkel, so I just thought that’s what was on the radio.”

The influence was such that Frankie has since taught herself the dulcimer, “the instrument Joni Mitchell plays on her lap when she sings.”

But it was through TV and not the radio that she discovered true pop — and the theatrics that come with it. “I’d turn on the TV and see Britney Spears and the Spice Girls and this in-your-face pop, which was equally as inspiring to me,” she says.

After beginning at Berklee College of Music in Boston, she transferred to the University of California Santa Cruz to be closer to her family, and graduated in 2013 with a music degree. While at Santa Cruz, she met Anastos-Prastacos, who produces all her music. They started working more heavily on her songs after school, in a sort of bicoastal arrangement. “I was living in New York at the time, and he was like, ‘you gotta come to L.A., Franks. We can really make something down here.’”

Her arrival into music was, as she describes it, less of a choice and more of an acceptance. “You know what’s funny — and I say this nicely to myself — but I’m really not good at anything else,” she says. “Like, I’ve tried sports: no. I tried a psychology major, I tried a theater major, and it just always came back to music.”

Letting the music win out has only continued to be a success. Just this week, her team is doing a radio roll-out for Frankie’s first single “New Obsession.”

“For writing the EP, I kind of started noticing that right when I was falling asleep, songs, full melodies and lyrics were just popping in my head. Only when I paid attention did I realize they were full songs,” she says. “All the songs recently have been when I’m almost asleep, and it just comes out and I record it.”

Sleep schedule aside, this seems to be working. “I’ve never forced it,” she says. “The channel is open. It’s weird.” 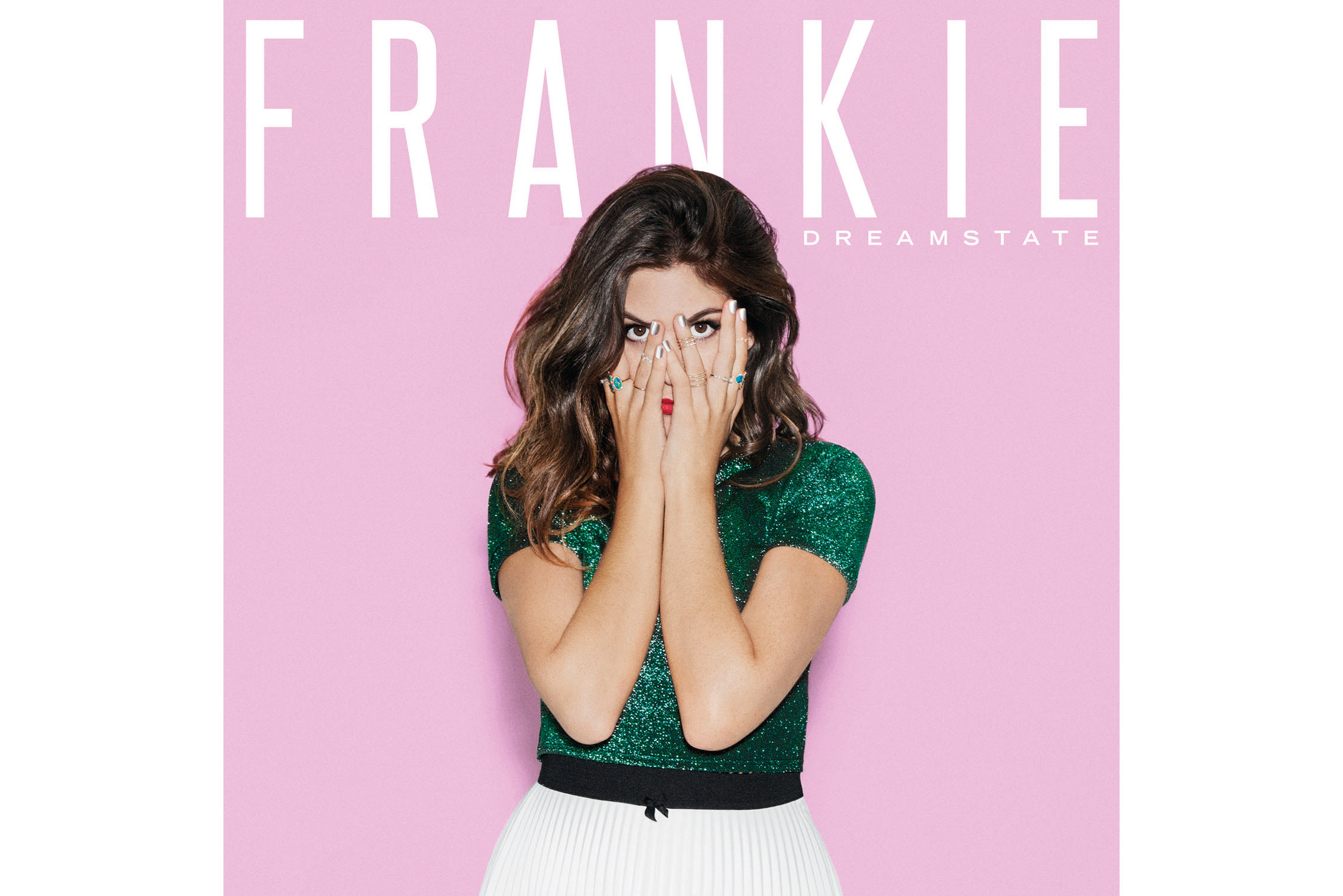