Two hundred years after his death, the name of the French aristocrat and writer, famous for his libertine sexuality, can finally be spoken in polite society. 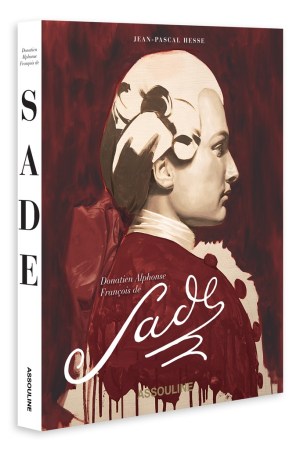 PARIS — Two hundred years after his death, the name of the Marquis de Sade can finally be spoken in polite society.

A new book about the French aristocrat and writer, famous for his libertine sexuality, is hitting bookstores as France marks the bicentenary of his death with a series of events, including an exhibition at the Musée d’Orsay in October.

“Donatien Alphonse François de Sade,” as the book is called, is an illustrated tome by Jean-Pascal Hesse that features a trove of previously unseen historic documents. To fete the publication, Sade’s descendents recently convened at a party at the Assouline bookstore here.

Hugues de Sade noted his family had long disowned its scandalous ancestor. “His title was eliminated, his name erased from the family tree,” he recalled.

But nowadays, when the family name has a degree of pop cultural cachet thanks to all the books and movies inspired by the old marquis, he produces Champagne, wine and candles under the Marquis de Sade brand. At the party, the Sade bubbly was available for samples, and sample the guests did as the younger Sade signed copies of the book alongside Hesse, a bronze reproduction of Sade’s skull sitting between them.

As longtime head of public relations for Pierre Cardin, Hesse is a regular visitor to Sade’s former château in Lacoste, in the Provence region of France. The couturier, who could not attend the book launch, bought the castle in the early Nineties and now hosts an annual arts festival in the renovated venue.

Hesse, who grew up nearby, said he had always been drawn to the place.

“Before being interested in the character of Sade, I was fascinated mainly by the château. It had a ragged side to it, a little like the Marquis’ soul,” he explained. “Before Pierre Cardin bought it, the château was abandoned. It was like Sleeping Beauty’s castle — there were trees everywhere.”

For the purposes of the book, Hesse persuaded the descendants of the man nicknamed the Divine Marquis to loan him family heirlooms such as a miniature depicting Renée-Pélagie Cordier de Launay de Montreuil, the Marquise de Sade — the only known portrait of the Marquis’ wife.

The writer, who has previously penned tomes on Cardin’s Palais Bulles residence near Cannes and his Paris restaurant Maxim’s, said he wanted to show a different side to Sade, who spent three decades of his life imprisoned for crimes, including sexually and physically abusing women.

“Sade was strongly inspired by the region, by the light, even if he was a man of the shadows. What I liked about Sade was this duality. He is a writer full of paradoxes, who could be cruel and violent — in his sexuality, namely — yet also extremely tender in some of the letters his family has kept,” he said.

Hugues de Sade said it was his father who in 1948 uncovered a stash of Sade’s writings and letters in a walled-up room at the family château at Condé-en-Brie.

“That was the first period of rehabilitation of the Marquis, and today it’s wonderful because we are going to be able to celebrate his bicentenary, which we have never been able to do previously. It was something quite forbidden before, especially in our family,” he said.

Recently, as well, he attended the unveiling of Sade’s original manuscript for “The 120 Days of Sodom,” marking its return to France after a 25-year legal battle over its rightful ownership. Reputed as the most extreme of Sade’s writings, the manuscript has been bought for 7 million euros, or $9.6 million at current exchange, by Gérard Lhéritier, founder of the Museum of Letters and Manuscripts in Paris.