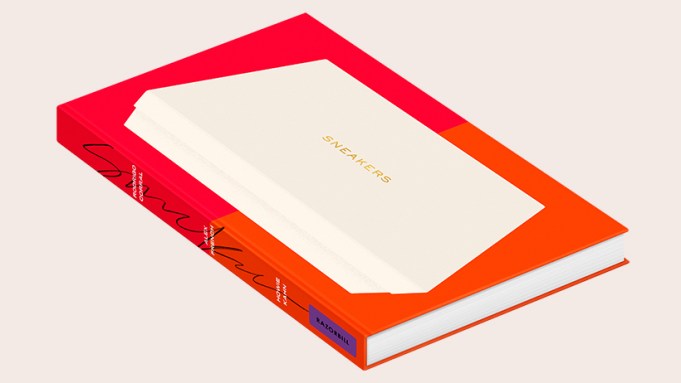 In a new book exploring the sneaker fever fueling a market worth billions, author Howie Kahn asks, “Why would someone want to make these things?”

“Any kid who grew up in the Eighties and Nineties in the era of Michael Jordan was cast under the spell of these amazing, new, great-looking sneakers,” Kahn says. “The idea was to get into those eyes and the minds of the people who make these things — sneakers don’t make themselves.”

The book spans old and new, mainstream and niche, combining Kahn and French’s journalistic skills with Corral’s original art and design. With the appetite for sneaker news — releases, new models and collaborations — at an all-time high, the book’s arrival couldn’t be more timely.

“The sneaker news cycle is actually one of the fastest-moving news cycles in the world,” Kahn says, adding that part of the appeal of sneakers is that they’re an affordable luxury. “It’s not like you can go out and buy a new car every time a new model comes out. Every time a new Jordan releases, if you’re working hard and you have 150 bucks in the bank, it’s something that you can do.”

For Kahn, two major trends became clear throughout the interview process: the industry’s shift toward eco-conscious designs and the desire for more customization. “Adidas has done Mi Adidas and Nike has done NikeID online,” he explains. “I think there’s gonna be more of a live way to do that where people are gonna be walking into stores, getting something like a custom sneaker within an hour.”

He also thinks sneakers will continue to permeate high fashion.

“If you were just watching the recent shows, everybody had sneakers on the runway,” he shares. “Everyone realizes this is a place where you want to be in. The stories behind it are incredible and there’s more. I could fill another book easily.”

Street Signs: Five Influencers You Should Be Following on Instagram

Streetwear Has No Frontier