The chic membership company has pulled back the curtain on its operations, which follow some familiar themes to the fashion crowd.

Inside the Soho Warehouse.

One of fashion’s favorite haunts is planning to join in summer’s IPO rush.

And in doing so, the Soho House’s parent company, Membership Collective Group Inc., has revealed a business that is chasing many of the same themes as fashion — following the lead of consumers (or members), obsessing over design and looking to connect in the digital and the physical spheres.

Like many fashion companies, it also has a deep-pocketed backer in billionaire Ron Burkle and a good deal of buzz, but also a good deal of debt and plans to turn its growth and profile into profit — eventually. An IPO, which could value the company at more than $3 billion, could help speed its development.

Here, elements of the Soho House business that should resonate for the fashion crowd.

Like many modern fashion and beauty brands, Soho House has grown and matured by following its customers and letting them point the way forward.

In a letter to potential shareholders filed with the company’s IPO registration statement, Nick Jones, founder and chief executive officer, laid out the philosophy that has built the company over 26 years.

“I’ve been obsessed with making sure that our members are always at the heart of everything we do — we are nothing without them,” he said. “All I’ve ever wanted to do is to continually make membership better and everything we have done has been led by our members.”

The approach led the membership hotel concept from the city to the country, around the world, into the home goods business, retail and more.

“Much of the success of Soho House has been down to our ability to respond and adapt to shifting lifestyle trends as well as to the needs of our progressive and forward-thinking membership base,” Jones said.

The company has about 119,000 members, the majority of whom belong to Soho House, which has 30 properties globally. As of May 30, the company has a wait list with more than 59,000 applicants.

Soho House member retention rates averaged at 94 percent between and fell only 2 points, to 92 percent, during the pandemic.

Not Just a House, a Digital Home

Going to a Soho House to stay, do a little business, or a little drinking, is a rich physical experience, but the company is also seeking to connect online as it broadens its approach and scouts new locations.

The company’s Cities Without Houses membership is for people who live in places that don’t have a physical house, but want to be able to access them on the road.

Jones said the program has “given us proof of concept for a digital membership, not tied to a physical space. Offering a new digital-only option will make our membership truly global and diverse, enabling the best creatives from all over the world to make meaningful connections with each other: from an established producer in Ghana to a 22-year-old scriptwriter in West Hollywood, or the founder of an emerging tech start-up in Jakarta to a digital designer in Beirut.”

The CEO also describes the Soho House app as “a house in your pocket” and a “central destination for members to make bookings and payments, to connect with each other and access video content and podcasts — made for our members by our members.”

Soho House has also been cognizant to project an aesthetic that is recognizable globally, but also appropriate to its surroundings, giving travelers something familiar and something local.

“While each house is unique, they each have a consistency in their architectural and interior style that has come to define the Soho House experience,” the company said in the IPO filing. “In each new house or site that we develop for our other brands, this style is interpreted for local tastes and preferences, reflecting the culture of the respective city.”

The company — like everyone else — is also thinking about the future of just where work will be done as vaccinations help to turn the tide on COVID-19.

“We have observed a secular shift in the ways that people live and work — with less time spent in traditional corporate offices and more time in social spaces that encourage creativity and mutual engagement,” the company said. “We believe that these trends will only accelerate, and that the freedom to be able to choose where to live and work — particularly in light of the COVID-19 pandemic — will likely have a significant impact on our target market.”

While the company has historically made significant investments to develop its Houses, either owning part of the property or investing in the buildout alongside landlords, Soho House has used its status as “marquee tenant” to shift to an “asset light development model to conserve and drive improved return on our capital.”

That has landlords funding development costs to Soho House design specifications. Virtually all the houses that will open in the next three years will use this model.

“While our investment in our full-size houses has historically approached, or in certain cases exceeded, $10 million, under our asset-light model we expect our contribution to open new houses, comprised primarily of preopening expenses and art, will fall in the $3 million to $6 million range,” the company said.

The Boss Man and the Bankers

While the company estimates it would raise $405 million in the stock offering, more than half of that will be used to repay debt its senior secured notes facility. All told, the company is carrying debt of $826 million, net of issuance costs and excluding operating leases.

Despite the sale, Ron Burkle’s Yucaipa Cos. will keep its hand firmly on the wheel.

Through Yucaipa, Burkle — who has dabbled in fashion with investments in or loans to prominent names in the industry, including Sean John, Scoop, Zac Posen and Barneys New York — will continue to own 79 million Class B shares of Membership Collective with a total of 58.1 percent of the voting power. 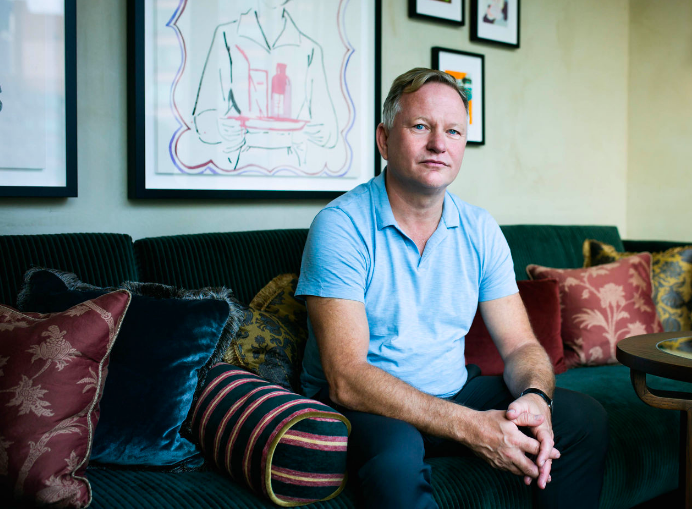 Levi’s Shaking Off Pandemic With Sales and Profit Gains