Blogger Kelly Framel and her partner Zach Lynd open their first restaurant as creative directors, in the West Village. 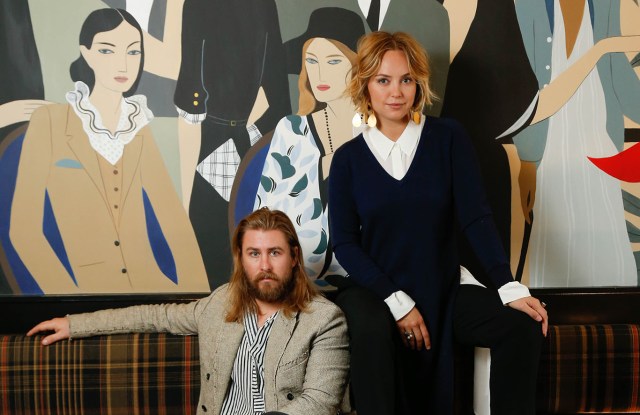 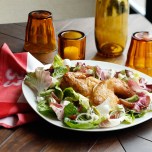 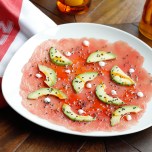 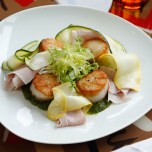 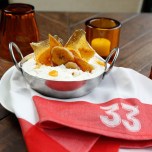 What happens when a fashion blogger takes on a restaurant space in Manhattan’s West Village to design a southern-style modern diner? A custom mural by an Insta-famous fashion illustrator, hand-painted tables and salted banana pudding. Meet 33 Greenwich.

“I’ve worked in fashion for 12 years now,” says Kelly Framel, a former designer with Naeem Khan, who runs the site The Glamourai. “My first job was I designed embroideries for people like Oscar de la Renta, and then I went to go design for Naeem Khan for about four years — since then I’ve been consulting and styling. And now I’ve really switched my focus into creative direction and have taken that to apply to different fields, not just exclusively fashion anymore.”

Framel and her partner Zach Lynd started their creative direction business Kizmet two years ago; their first joint venture into hospitality design was Turf, a 1967 Airstream turned restaurant that was parked out in Montauk, N.Y. They are also behind Miami’s Faena Bazaar.

Their new venture, 33 Greenwich, is backed by restaurateur Danny Volk and Brian Fitterer; the kitchen is helmed by Anne Thornton, who helped open The Waverly Inn, with a modern Southern diner concept.

“Both Zach and I grew up in Austin, Tex., so this type of southern cuisine is very much what I grew up eating,” Framel says. The other appeal of a casual southern-style spot is the accessibility. “We thought a lot about trying to create a true neighborhood restaurant; I think as New Yorkers, we really live in restaurants and lobbies much more than our own living rooms. It was important to create something really comfortable and that was a real asset to the neighborhood. So we took this idea.”

The design aesthetic is, in her words, straddling between “a town house atmosphere, where you feel this could be your living room,” with a bit of “Memphis-inspired diner touches” mixed in.

Fashion illustrator Kelly Beeman was commissioned to create a mural for one whole wall, and Lower East Side artist Joe Mesler custom-created doodles for the bathroom.

“Greenwich Village is historically home to so many artists, and I think it’s a really wonderful privilege to contribute to that tradition,” she says. “I hope that it sets a real celebratory and collaborative mood for how people use the space.”