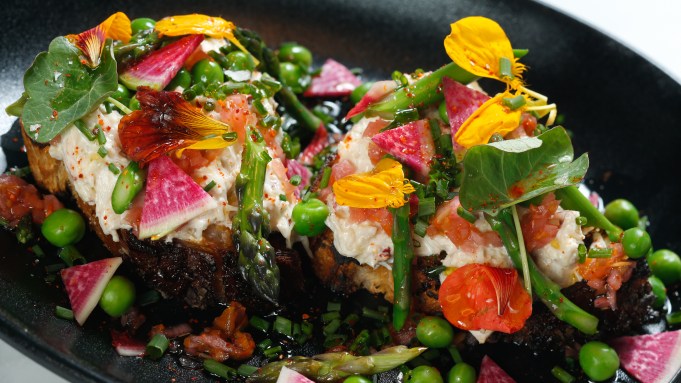 Speedy Romeo’s new location is catering to a specific breed of New Yorker: those who refuse to leave Manhattan.

“I used to work for Jean-Georges Vongerichten for nine years; he’s never gone to that restaurant,” said chef Justin Bazdarich, referring to the eatery’s Clinton Hill location. “Because he says plain as day, ‘I don’t go to Brooklyn.’ How many other people who live in Manhattan act the same way?”

Bazdarich was standing in the kitchen of Speedy Romeo’s outpost on Clinton Street a few days before opening. The new location is still slightly off the beaten path, a few streets over from the Lower East Side’s main drag of restaurants and luxury developments. “We feel like there’s a rebirth going on on this street,” remarked co-owner Todd Feldman. “It kind of feels that in a certain way; we’re part of the reinvention of this area.”

Like the Clinton Hill location — which is also home to Ray’s Coffee Shop on HBO’s show “Girls” — the restaurant’s menu is centered around a wood-burning grill and oven. Pizzas take the main stage, with additional dishes such as peekytoe crab crostini and grill-friendly mains: fish, steak, chicken. “I couldn’t believe what it did to the meat and the flavor it gave to the food,” Bazdarich said of the grill, which he first encountered while cooking under Vongerichten’s tutelage. The new spot will also continue its tradition of pizza collaborations — the first one for the Lower East Side location is with Katz’s Deli.

The dining room is intimate and has a homey feel, which is largely the result of a trip to the massive Brimfield Antique Flea Markets in Massachusetts. The team came away with a broad assortment of odds and ends, everything from windows from a Pennsylvania factory to an old scoreboard, which is now permanently lit with “SR” in the restaurant’s bathroom, where a recording of a horse race also plays on loop. But Speedy Romeo’s most prized acquisition was found closer to home, a “liquor sign” that was salvaged from the former building across the street.

“They were going to throw it away, and then everybody in the neighborhood was after it,” Bazdarich said of the sign, which he eventually walked away with in exchange for a dinner invitation. “Turns out it was 25 guys in Brooklyn,” he recalled. “It was like a big pizza party for all these Irish guys who were on the demolition team.” With construction still ongoing across the street, the pizza party just got a lot closer.