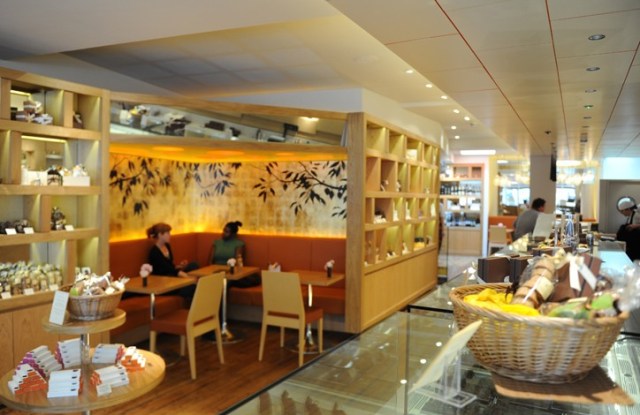 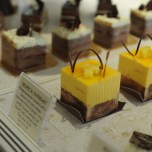 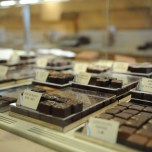 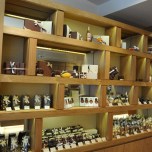 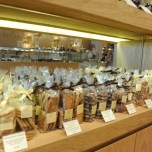 William Curley talks about herbs, plants and spices as if they were old friends: mostly a source of pleasure, but sometimes downright annoying.

“Rosemary is a dream,” gushes the Scottish-born chocolatier and pâtissier who has a new shop and cafe in London’s Belgravia. “I’ve never got seaweed to work, although I’ve tried 10 to 20 different kinds. Basil should work — I’ve even tried Thai basil — but I never managed it.”

In a country where the cocoa culture is dominated by brands such as Cadbury and Mars, Curley is hoping to add a bit of the exotic. He is perpetually experimenting with sweet and savory flavors for his chocolates and truffles.

“I can remember living in very small towns in France and Belgium, and they’d all have a bakery, a patisserie and a chocolate shop,” says Curley, 38, sipping a mug of hot chocolate spiked with chili pepper. “Here in the U.K., there’s no high street patisserie culture, and no fine chocolate market.”

Curley runs the business with his Japanese wife, Suzue Aoyama, a fellow pastry chef whom he met when they were working at The Savoy hotel under head chef Anton Edelmann. Many of their bestsellers are influenced by Aoyama’s native country, such as those made with Japanese black vinegar, green tea, or apricot and wasabi.

There are varieties influenced by culinary traditions across the globe. Some are spiked with rosemary and olive oil; others, with fresh mint, toasted sesame or a house blend of Earl Grey tea. Curley’s personal favorite is a Piedmont hazelnut-tinged confection, “an educated Snickers bar,” he says, with a crunchy, buttery-nut center.

So far, Curley’s combinations have been a hit. He’s been voted best British chocolatier three times by The Academy of Chocolate, a London-based industry group. And Sir Evelyn de Rothschild, a dedicated chocolate consumer who is part-owner of Curley’s business, referred to the chef as a “chocolate genius” and “my own personal Willy Wonka” in an essay he wrote for ES Magazine.

Curley is aware he’s living in a time — and a place — when chocolate is a sin. “People want skinny lattes and nondairy ice cream, but take a close look at processed food and see what’s in it,” he says, unapologetically. “Everything we make is proper, fresh and natural.”

And he hasn’t given up on the seaweed and basil yet.