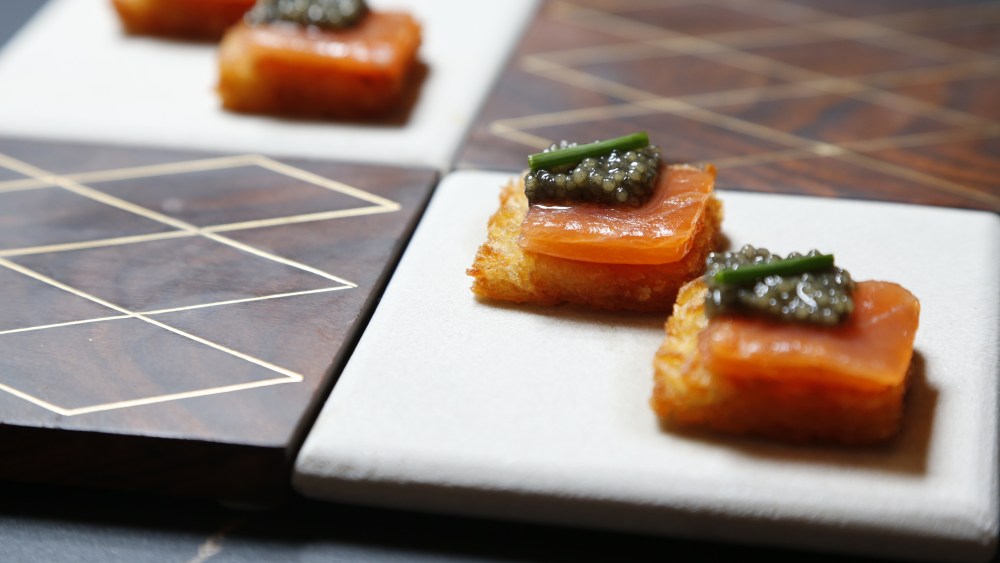 NoMad’s newest nightclub concept isn’t scared to be put into a box.

Opening Thursday night right off of Madison Square Park, Squares is the latest offering from Quality Branded, taking over the space previously occupied by the group’s tiki-themed bar Riff Raff’s.

“NoMad was a really different neighborhood five or six years ago when we first started this place,” said owner Michael Stillman, referencing the space’s original iteration as Hurricane Club. “Five years ago there was no such thing as NoMad, it didn’t even exist. It was literally a gray area on the map — now its one of the hottest areas.”

Squares joins a growing stable of neighborhood culinary draws — Marta, Cosme, The Clocktower, The NoMad — but is reaching for the after-dinner crowd. “We really wanted to be a place that could be a nightlife centerpiece for NoMad,” Stillman added.

The group is catering to a creative crowd through cheeky and elevated design elements. “We took the idea of one of those old Century clubs, but we sort of made it pixelated — almost like a lo-fi concept,” Stillman continued. The space is built around the concept of metaphorical and geometric squares — the walls are covered in ceramic tiles arranged in stylized versions of club reference points, such as trophies, squash rackets, sailboats. “We’re winking at the old but in sort of a funny, tongue-in-cheek way,” he added.

That playful approach also makes its way into the beverage program, which features their Lego Club Mule served in an Instagram-friendly Lego-shaped cup, and the French 750, which features an entire bottle of Veuve Clicquot turned upside down in a table-side self-serve cooler. Even the food — small bites for late-night snacking— are square-shaped, ensuring that the venue’s theme is driven home.

Squares also plans to host live bands, a move away from the EDM downtown nightclub trend that also marks a play for the older end of New York’s nightclub demographic. A week before its official opening, the space was inaugurated as any notable New York addition should: by playing host to a pair of New York Fashion Week fetes. Both Timo Weiland and Tim Coppen’s collaboration with Under Armour threw their after parties at Squares, the latter of which attracted Kendall Jenner and a roundup of the A$AP rap collective.

Sometimes, it is hip to be square.