A sampling of homegrown things to see and do for out-of-towners or locals attending the spate of fabric and sourcing trade shows in town the next two weeks. 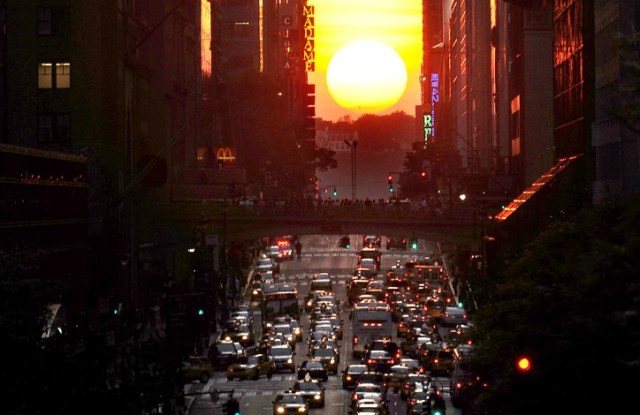 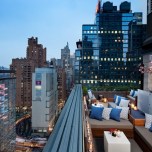 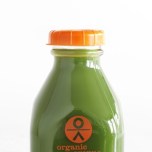 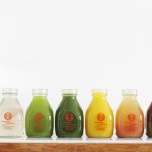 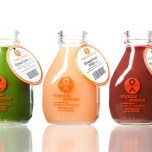 It’s not exactly “Green Acres,” but New York City is giving visitors and city dwellers plenty of reasons to get outdoors this summer.

From catching a Shakespearean performance in the park to sipping organic watermelon juice-infused cocktails on a rooftop bar, Gotham is ripe for the taking. Here, a sampling of homegrown things to see and do for out-of-towners or locals attending the spate of fabric and sourcing trade shows in town the next two weeks.

Central Park is a prime spot for stargazing, but Midtown is the place to be Wednesday night at 8:25 p.m. to catch Manhattanhenge. This visual spectacle arrives when the setting sun aligns just so with the island’s street grid, casting a radiant glow of light across Manhattan’s skyscrapers north and south of every cross street. Photographers should make their way to 42nd Street for optimal shooting. Amateurs and professionals are encouraged to share their handiwork with the American Museum of Natural History’s Manhattanhenge group on Flickr.

The city’s marvelous array of parks and cultural niches are chock full of activities this month.

The Metropolitan Opera is park-hopping this month with its Summer Recital Series. Soprano Angela Meade will perform Wednesday night at Brooklyn Bridge Park, and Layla Claire will do the honors July 28 in Manhattan’s Jackie Robinson Park. The New York Classical Theatre is staging “Henry V” in Battery Park and on Governors Island through July 24. Uptown in Central Park, theatergoers can catch “All’s Well That Ends Well” or “Measure for Measure,” provided they don’t mind queueing up for free tickets the day of the shows.

The High Line Section 2 is worth a wander, and not just for the fragrant plantings and cool breezes. Sarah Sze’s elaborate architectural sculpture and Julianne Swartz’s sound installation are among the artistic features found there.

A free screening of the documentary “Mad Hot Ballroom” will be held on the lawn near Tavern on the Green Wednesday night. The films of cartoonist Jules Feiffer will run through Sunday at the World Financial Center and an exhibit of his drawings are up through Aug. 14. Jack Nicholson fans can catch “One Flew Over the Cuckoo’s Nest” July 20 in Bryant Park. During the work week, lunch goers there can appreciate the greenery as a pianist performs on the park’s upper terrace. Madison Square Park offers free evening readings such as Thursday’s about the prizewinning poet Elizabeth Bishop. Those who want to envision nature in the comfort of air-conditioning can listen to verse at Poets House at 10 River Terrace. Chinese artist Ai Weiwei’s “Circle of Animals/Zodiac Heads” is on display in the Pulitzer Fountain in Central Park. Snapshots of Tompkins Square Park and other remnants from his New York days are up at the Asia Society at 725 Park Avenue through Aug. 14.

Back in Manhattan, Victory Garden, Sophia Britton’s quaint new West Village shop at 31 Carmine Street, offers a locally grown wholesome alternative to the city’s frozen yogurt scene. Fans have been lining up for cups of salted caramel topped with honeycomb candy from Brooklyn’s Liddabit Sweets. Noontime and early evening are the best times to snag a window seat or grab the bench out front to savor a rose petal or orange blossom vanilla cone.

Coolhaus Ice Cream’s two trucks are more of a moving target, but the company also has an outpost at the High Line near 29th Street. Sugar fiends will soon be able to find the Rem Koolhaas-inspired all-natural delicacies at a cart outside the Museum of Natural History. Calorie counters might opt for watermelon juice from Organic Avenue’s Upper East side shop or three locations downtown through Labor Day. A fifth shop will open at 10 Fifth Avenue later this month. And matcha tea lovers will find their favorite libation in the form of a Green Hornet at Jack’s Coffee’s two downtown locations at 138 West 10th Street and 10 Front Street.

Weekend sun worshippers can hit the rooftop bar Jimmy downtown at The James Hotel at 27 Grand Street from noon on or head to Midtown to hear what sound architect Tom Middleton has created for Yotel New York’s 20,000-square-foot public space. An option near Columbus Circle is Above 6, an outdoor bar at 6 Columbus Avenue with sweeping views of the city’s skyline. Further west, during Sunday brunch, The Sky Room Times Square is crawling with fashion types sipping pastel-colored cocktails and indulging in designer-made desserts.

Farmers’ markets are aplenty, but Future Youthmarket — urban farm stands run by neighborhood teens — has two new additions. Fresh-grown produce will be sold Thursday afternoons in West Chelsea on Ninth Avenue at West 16th Street and on the Lower East Side in front of the Abrons Arts Center on Grand Street through the fall. More spas have organic treatments for a little summer relief. All of the ingredients used in the new Tata Harper facial offered at the Spa at Equinox come from her 1,200-acre organic farm.

For adults looking to rejuvenate themselves, there is the Come Out & Play Festival. They can be part of a water war, a Hula-Hoop contest or numerous other activities that will be held on Governors Island on Saturday.