From documentaries on — and appearances by — Taylor Swift and Hillary Clinton to the features garnering the biggest buzz, here's what was talked about in Park City, Utah, over the weekend.

By Leigh Nordstrom and Kristen Tauer on January 26, 2020

Squeals usually reserved for the Hollywood Palladium were heard on the sidewalk of the upper stretch of Main Street in Park City, Utah, Thursday evening. Yes, Taylor Swift had arrived, in a full plaid suit ensemble, for the premiere of her Netflix documentary “Miss Americana,” which opened the annual Sundance Film Festival. Fans with haircuts bearing close resemblance to Swift’s own fringe lined up to catch a glimpse of the pop star, who would go on to make headlines for staying stereotypically mum with press regarding the film, which wasn’t exactly loved by critics.

Some of the weekend’s buzziest films (after the Swift frenzy died down) included “Promising Young Woman,” “Zola” and “Shirley,” the latter of which is still looking for a buyer.

“Slave Play” creator Jeremy O. Harris, cowriter of “Zola,” was roaming the aisles of the Eccles Center ahead of the Friday afternoon premiere of the movie, in an olive green suit with a Thom Browne dog bag. “Look at Riley [Keough] on screen — she looks so pretty today,” he said into his phone.

“She’s sort of like a real life superhero, right?” “Zola” director Janicza Bravo said onstage following the screening of the story’s creator, Aziah “Zola” Wells. “Her voice is the voice I wish I had, or maybe the quietest voice inside of me.”

Amy Ryan also spoke about bringing a real life woman to the screen at the festival, for her movie “Worth.”

“I know I’m never going to be her, so if I can just honor some essence or maybe the right posture, or just really try to home in on my instinct or my best guess of what emotion they were going through, that’s my job as an actor, to be a conduit to tell the story,” Ryan said during the film’s Q&A.

Up and down Main Street, brands took over with pop-ups for a variety of conversations, talks and panels. Inside Canada Goose Base Camp, adventurer Colin O’Brady, the first person to cross Antarctica solo and Snapchat from the summit of Mount Everest, spoke on the power of creating social media content.

“People are always like, ‘Minus 30 degrees: how cold is that?’ Some people have felt that cold, but at Sundance I know a lot of people are from Southern California, and I had never felt that cold before I was in Antarctica myself,” O’Brady said. “There’s a picture that I took where I took a cup of boiling water and I threw it into the air, and it immediately turned into ice in a puff of smoke. And so when I’m trying to explain cold to people and I show that photo or describe it, people are like, ‘oh that’s it, and now I can feel that cold a little bit more.’ So that’s the power of storytelling for me.”

As weekend one closed out, the buzz shifted to Hillary Clinton, who attended the premiere of the documentary “Hillary,” from director Nanette Burstein. 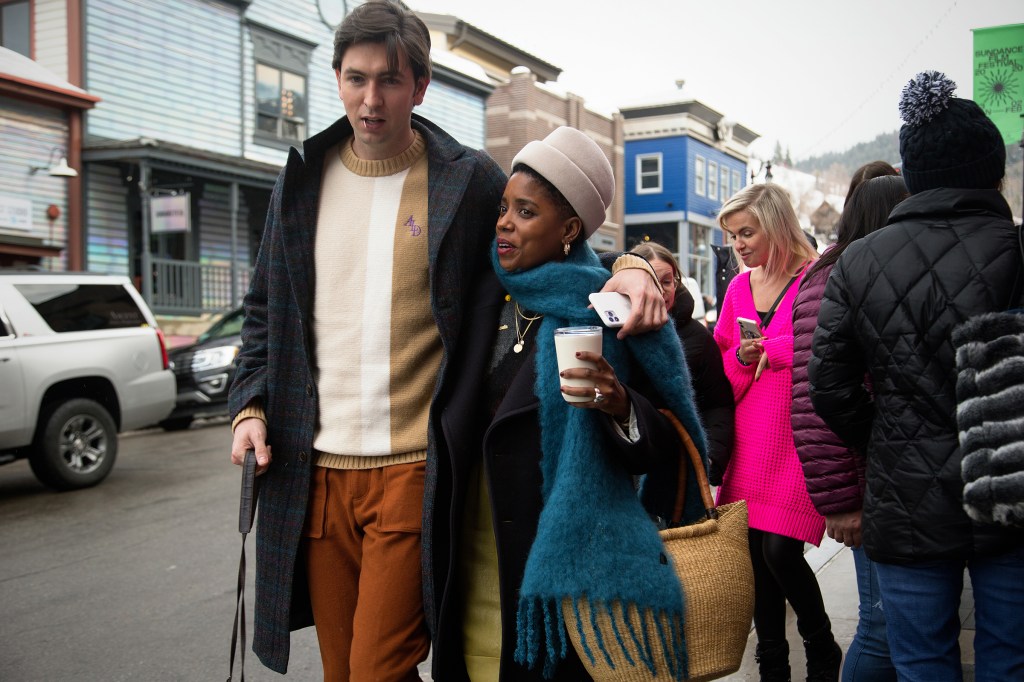